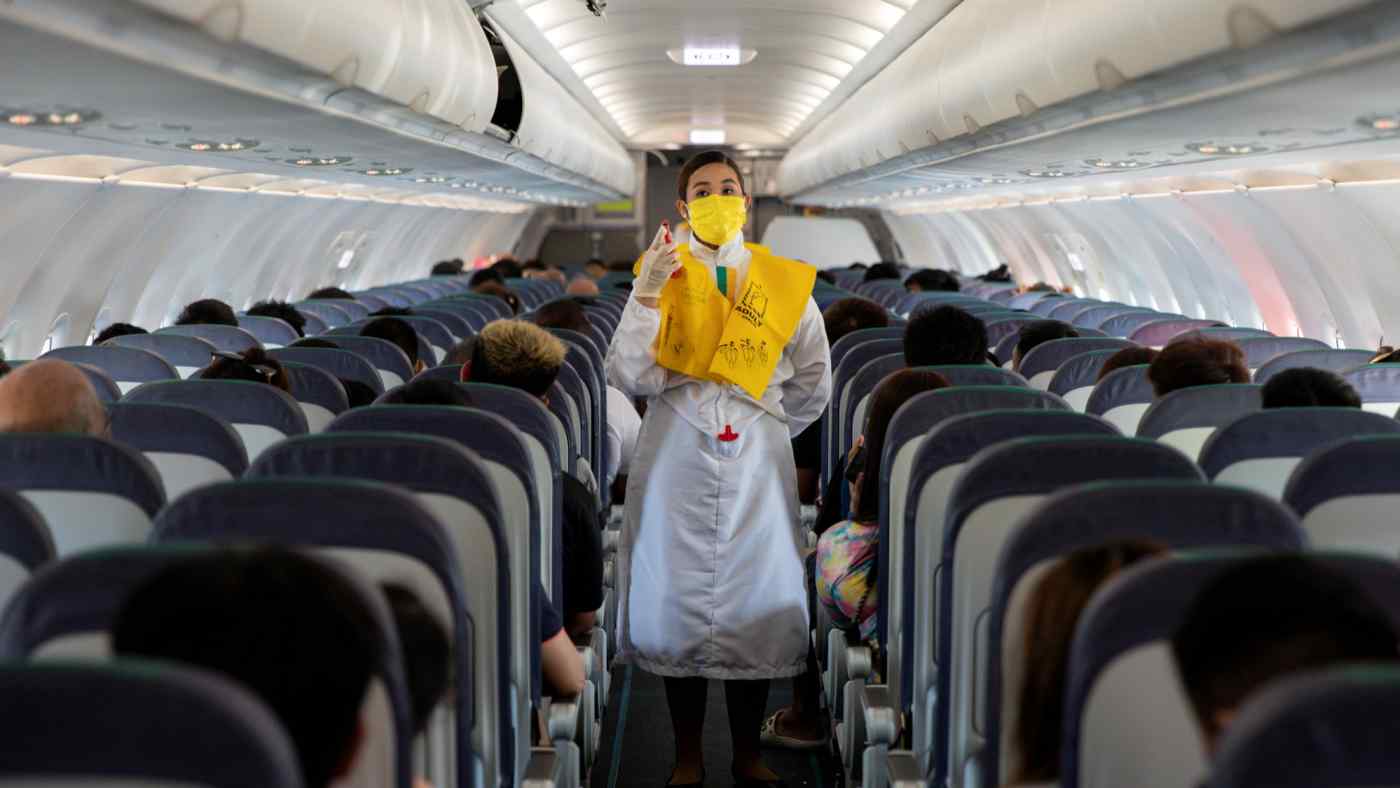 A flight attendant performs a preflight safety check in the Philippines: The country is scheduled to reopen to fully vaccinated travelers from 157 countries on Feb. 10.   © Reuters
February 6, 2022 18:00 JST | Philippines
CopyCopied

In the Philippines, the presidential campaign officially kicks off on Tuesday ahead of an election in May. The country is also set to reopen its borders to fully vaccinated visitors from 157 countries, starting Thursday, after having been closed for almost two years due to COVID-19.

China Mobile, the world's largest mobile network operator by subscribers, is set to launch a big share buyback program for its Hong Kong-listed H-shares. According to the plan, the company will purchase up to 2.047 billion shares. That represents 9.6% of the total outstanding shares, including newly issued yuan-denominated A-shares for its "homecoming" Shanghai listing in January. Based on the Friday closing price, the buyback will cost more than 110 billion Hong Kong dollars ($14.2 billion).

The exercise period for the overallotment option for the Shanghai listing expires Monday.

Since China Mobile announced the buyback in early January, its Hong Kong-listed shares have risen more than 10%. On the other hand, its Shanghai-listed shares closed flat compared with the initial offering price of 57.58 yuan on the final day of trading before the weeklong Lunar New Year break.

The Philippines' election campaign officially opens for presidential, vice presidential, senatorial and party-list congressional candidates running in the May 9 general election. More than 18,000 elective offices will be up for grabs.

Investors are bracing for another challenging quarter for SoftBank, after a turbulent stock market hit the investment group's tech portfolio in the October to December period. Masayoshi Son, its billionaire chairman and CEO, is also likely to face questions over the departure of his close lieutenant Marcelo Claure, and reports that Nvidia is preparing to abandon plans to buy SoftBank-owned chip designer Arm.

The Philippines is due to reopen its borders to fully vaccinated foreign tourists from more than 150 countries that do not require visas. Quarantine requirements on arrival have also been lifted. The reopening, which comes amid an easing of the omicron-driven COVID-19 outbreak, is aimed at revitalizing the country's tourism industry.

Voting is due to start on Thursday in the northern Indian state of Uttar Pradesh, the country's most populous. Prime Minister Narendra Modi's Bharatiya Janata Party currently governs the political bellwether state of more than 200 million people. A win in the upcoming seven-phase polls would be seen as a foundation for a strong BJP showing in the 2024 national elections.