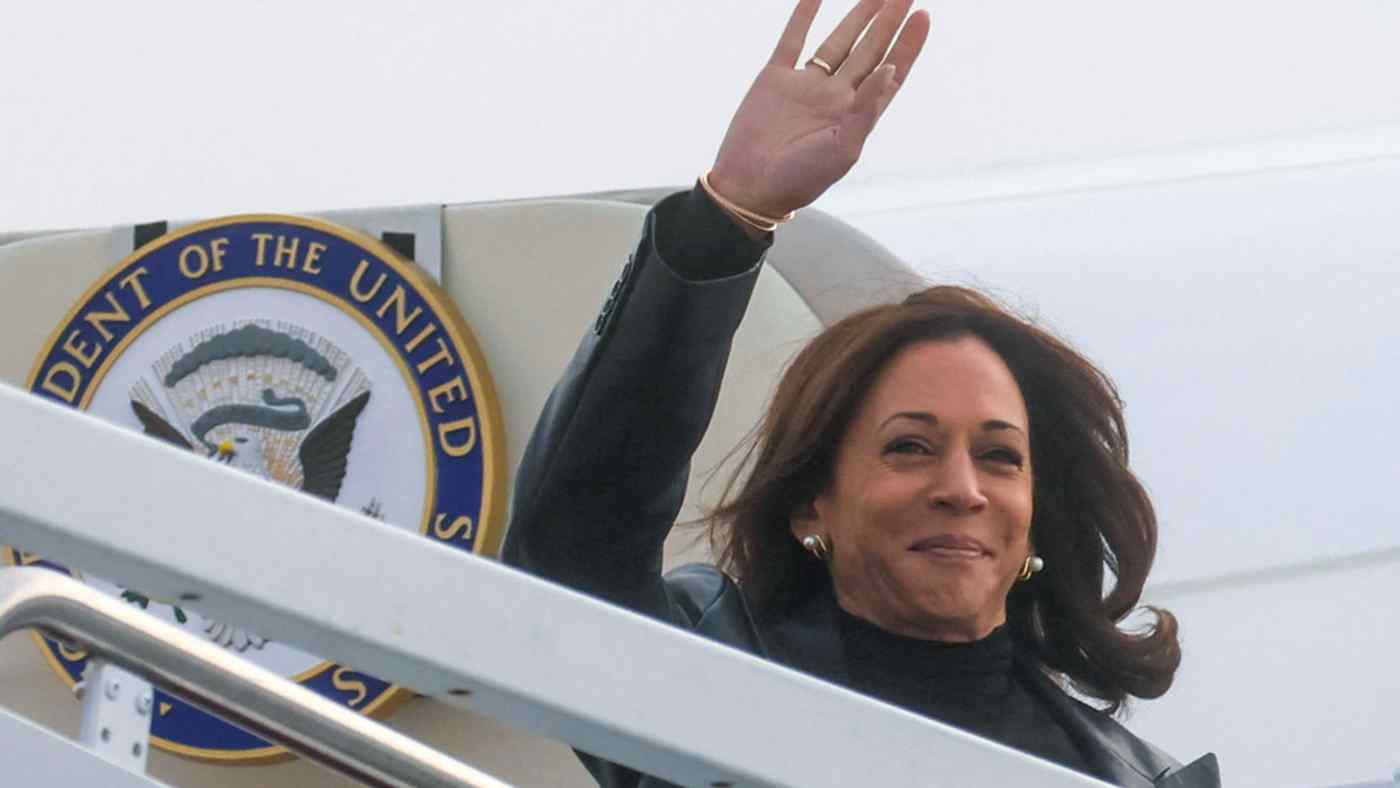 U.S. Vice President Kamala Harris is visiting the Philippines to meet with President Ferdinand Marcos Jr. Also on her itinerary is a visit to Palawan Island. Harris will be the highest American official to tour the island, and her trip could raise tensions with Beijing, given the island's proximity to the disputed Spratly Islands.

On Saturday, Taiwanese vote for local leaders, city mayors and councilors. These elections are usually about individual candidates and domestic issues, and China-Taiwan relations don't feature prominently on the campaign trail. The ruling Democratic Progressive Party is struggling in some key contests. A heavy electoral defeat might weaken President Tsai Ing-wen's power within the party and shape both the DPP and opposition Kuomintang's primaries for the 2024 presidential race.

U.S. Vice President Kamala Harris visits the Philippines. She will meet with President Ferdinand Marcos Jr. on Monday, as well as with young Filipino women and activists in Manila.

On Tuesday, she will visit the island province of Palawan Island, which faces the disputed South China Sea, where Beijing has reclaimed and militarized islands to assert its expansive territorial claims. In Palawan, Harris will meet with Philippine Coast Guard officers and local residents, and emphasize the importance of freedom of navigation.

The Thai economy is expected to continue on its recovering path in the third quarter, supported by a strong revival of tourism industry and increasing private consumption. According to the Tourism Authority of Thailand (TAT), Thailand has welcomed 7.6 million foreign tourists so far this year. That was well above 427,000 in the previous year and the TAT expected up to 10 million tourists to visit Thailand in the whole year of 2022 and the number was expected to rise to 18 million in 2023.

Defense ministers from the Association of Southeast Asian Nations (ASEAN) are scheduled to hold an annual meeting, including talks with counterparts from countries like the U.S., China and Japan. The meeting, to take place in Siem Reap, Cambodia, comes amid enormous security challenges facing the region stemming from the Ukraine war, tensions in the Taiwan Strait, South China Sea territorial disputes and North Korea's missile launches.

Singapore's economy grew 4.4% on the year in the July-September quarter, according to preliminary data, but some analysts are tipping a downward revision of this figure when more finalized statistics are released on Wednesday. October figures show a contraction in exports, which the city-state depends on for gross domestic product growth -- signaling the effects of a wider slowdown in the global economy.

A Hong Kong court will hand down a ruling over whether Cardinal Joseph Zen and five other pro-democracy figures failed to register a legal fund with the police. The now-defunct fund was used to help arrested protesters with legal and medical bills during the 2019 mass demonstrations. The six were initially arrested under the national security law but later charged with violating the societies ordinance. Their arrests triggered worldwide condemnation. Investigations into national security offenses are pending, according to sources.

Prosecutors argue that the size of the fund, which handled donations in excess of 453 million Hong Kong dollars ($58 million at today's exchange rate), and mode of operation required the fund to be registered. The defense argues that the definition of a society in the ordinance is unconstitutional. First-time offenders are fined HK$10,000.

These polls, which historically focus more on the candidates themselves and local issues rather than relations with China, will shape the futures of Eric Chu, the leader of main opposition party Kuomintang, and of Ko Wen-je, who heads the Taiwan People's Party. Both are pointing toward presidential runs in 2024.

Analysts expect the KMT to win more seats than the ruling Democratic Progressive Party, but the outcome will likely not drastically affect President Tsai Ing-wen's popularity or governance and has little to do with China.