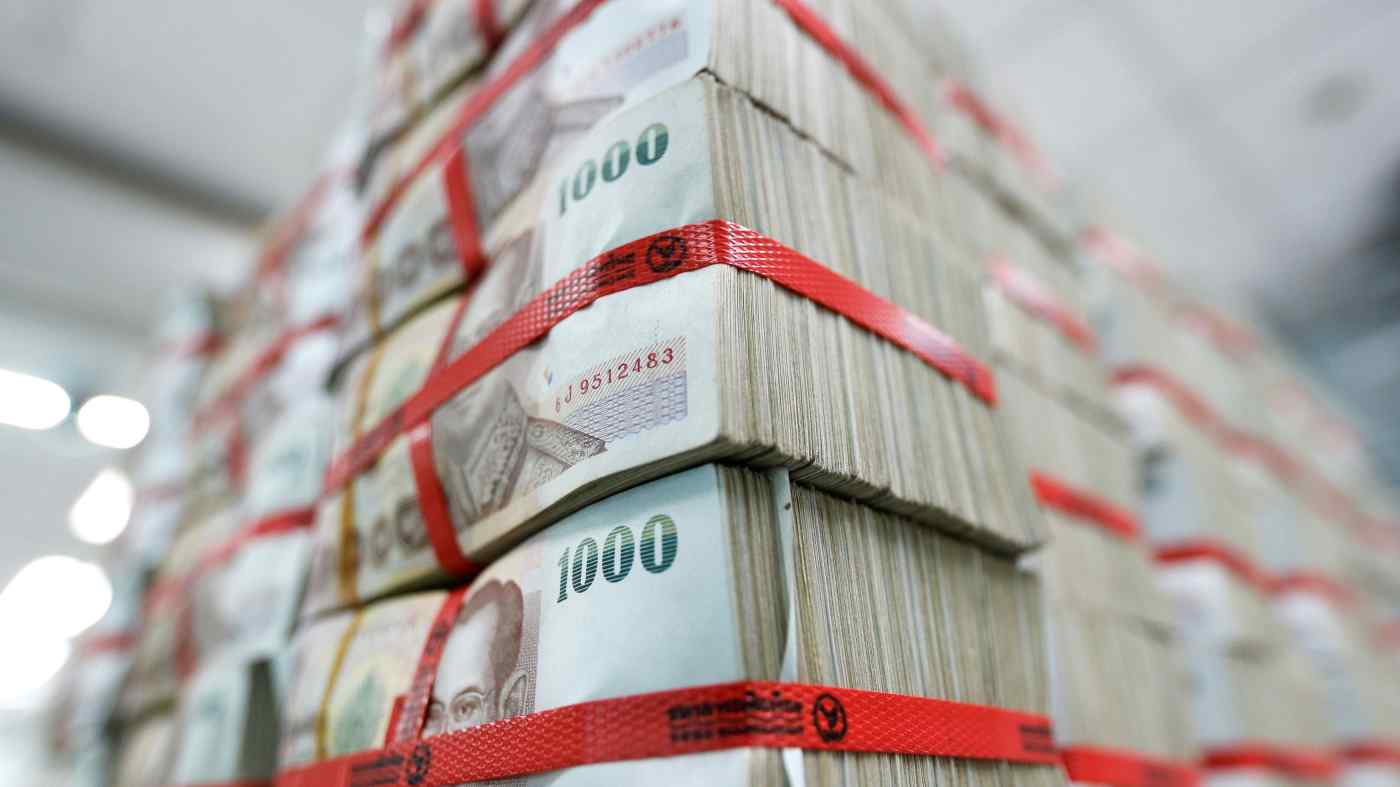 Thai baht notes at a bank in Bangkok. The Bank of Thailand will hold the Monetary Policy Committee this week.   © Reuters
January 22, 2023 18:00 JST | Japan
CopyCopied

China and many other places in Asia have entered the Lunar New Year holiday, with many Chinese tourists traveling overseas this year after Beijing eased its strict border control measures. Domestically in China, travel data to be released later in the week will gauge consumers' appetite following the easing of its prolonged "zero-COVID" policy.

Thailand's central bank will hold a monetary policy meeting on Wednesday. It has raised its policy rate repeatedly in recent months as it tries to balance controlling inflation and supporting the country's economic recovery.

Meanwhile, Japan begins its annual session of parliament on Monday. Prime Minister Fumio Kishida will explain his policy priorities at a time when he is facing low approval ratings.

Japan is likely to be blasted by the coldest air of the winter over the coming week. Amid a global increase in the cost of energy, Japan's Tokyo Electric Power Holdings is expected to submit a plan to the government early this week for an increase of about 30% in electricity rates for most households.

This will be the first increase in rates since 2012, when the company's business deteriorated after the March 11, 2011 earthquake.

Japan's ordinary Diet session opens on Monday, with Prime Minister Kishida slated to make a policy speech explaining his priorities this year, including measures to tackle declining births in the country. Other key themes discussed during the session will include defense spending, wage rises and energy strategy. The session will last until June 21.

Chris Hipkins is sworn in as the new prime minister of New Zealand. Hipkins, currently minister for police, education and public service as well as leader of the House of Representatives, will replace Jacinda Ardern, who announced Jan. 19 that she would step down by early February.

South Korea is due to release its gross domestic product for the fourth quarter of 2022 and the full-year 2022. The country's third quarter GDP was up 0.3% from the previous quarter and rose 3.1% from a year earlier.

China will release preliminary data on consumption trends during the seven-day Lunar New Year holidays, during which millions of Chinese traveled without COVID restrictions for the first time in three years. The data on passenger trips and tourist receipts will gauge consumer appetite on the back of a 0.2% contraction in total retail sales last year.