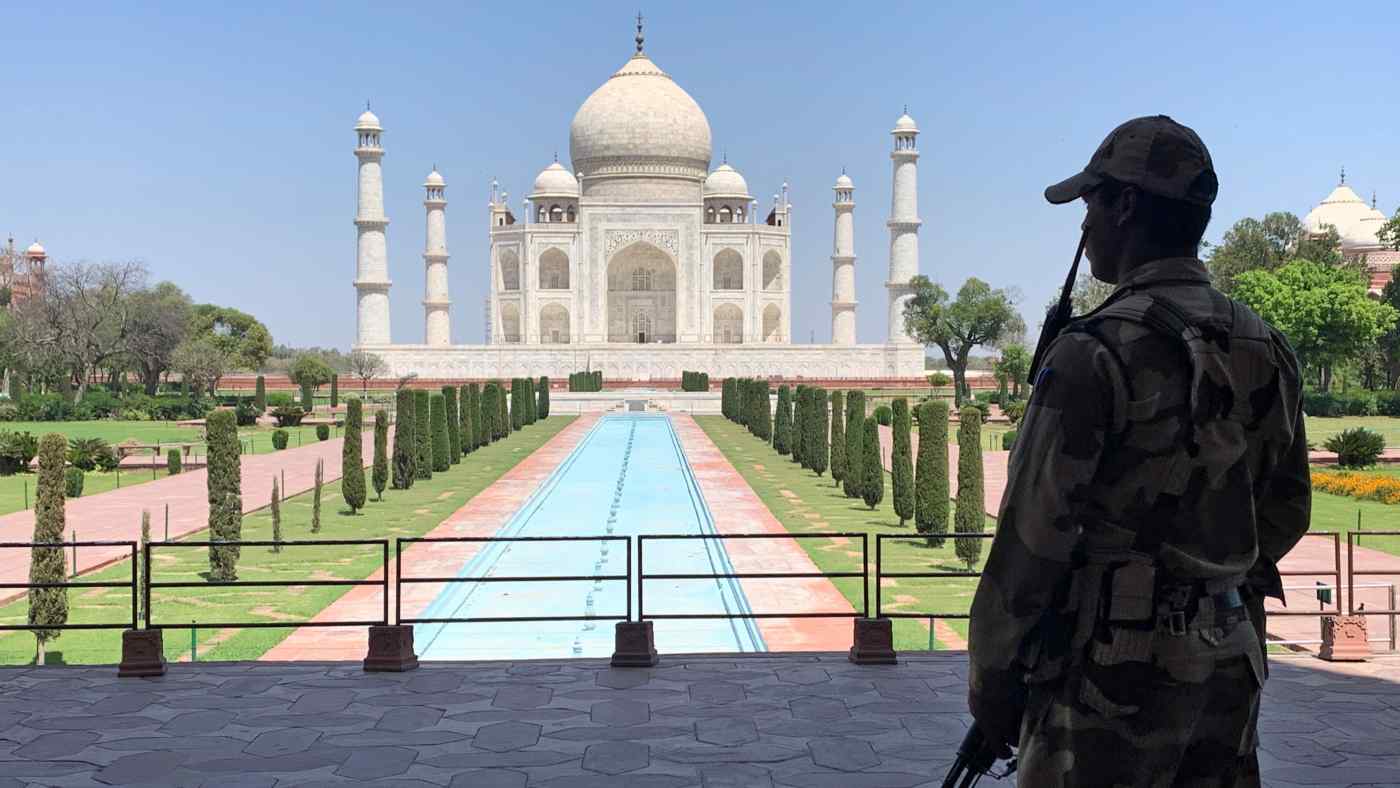 While Japan takes a four-day weekend through Tuesday, world leaders will gather virtually for the opening of the U.N. General Assembly and India's Taj Mahal and Chinese gambling enclave Macao will open to tourists. Central banks in New Zealand and Thailand meet on Wednesday.

Will Hong Kong's LegCo sit for one more year?

A survey beginning on Monday will decide whether most of Hong Kong's pro-democracy lawmakers will serve an extended term. Hong Kong Chief Executive Carrie Lam on July 31 postponed the Legislative Council election for a year, opening the possibility that the city's de facto parliament will operate without opposition parties until then.

The Taj Mahal, India's main tourist attraction in the northern city of Agra, reopens Monday after six months, but with strict safety guidelines in view of the COVID-19 pandemic. Visitors to the 17th century monument to love will be capped at 5,000 per day and required to wear face masks. On the same day, students from grades nine to 12 will restart physically attending school on a "voluntary basis." India has the fastest-growing coronavirus caseload in the world, reaching over 90,000 cases per day last week.

Xi and Trump square off at UNGA

The 75th session of the United Nations General Assembly will be held virtually this year. Most world leaders will address the plenary via video, but U.S. President Donald Trump is expected to deliver his speech in person in New York City.

A comeback: Xi and Russian President Vladimir Putin will address the UNGA for the first time since 2015.

What to listen for: Xi's response to Trump, who is running for reelection in November and expected to criticize China for its handling of the coronavirus.

A two-year provisional agreement between China and the Vatican on the appointment of bishops will expire Tuesday, with the Holy See expressing its intention for a two-year renewal. Although formal diplomatic relations have been severed since 1951, both countries have publicly said the deal has served its purpose, under which Beijing recommends bishops for appointment by the Pope to oversee around 10 million Catholics in China.

The European Economic and Trade Office, the EU's de facto embassy in Taiwan, will host its first local investment forum as European countries express growing distrust of Beijing and seek to diversify supply chains away from China.

Around 15 EU countries including Germany, France, and Spain will join the event, a sign of warming relations with Taipei. The forum comes after U.S. State Department undersecretary Keith Krach visited Taiwan last week amid tensions between Washington and Beijing.

The world's largest smartphone maker will host the annual Huawei Connect tech forum from Wednesday to Saturday in Shanghai. Chairman Guo Ping will open the gathering with a 15-minute speech, the first executive-level public address since Huawei was cut off from global suppliers by U.S. order.

Residents of dozens of cities across China will be able to apply for permits for leisure trips to Macao, the biggest step yet in reopening the world's biggest casino market to tourism. No Asian economy is more dependent on visitors than Macao, which mostly draws them from mainland China.

Visitor numbers and casino takings have begun to slowly recover as China has allowed residents of nearby cities to travel to Macao. The permit application process is much slower than before the pandemic and can no longer be done online, however, so analysts aren't expecting a big boost in visitors until mid-October, after China's extended National Day break.

The International Olympic Committee's coordination commission for the Tokyo 2020 games will meet on Thursday and Friday. Tokyo organizers are expected to reach an agreement with the IOC on 50 to 60 proposals to simplify the games, which have been postponed by the coronavirus. The additional cost of the postponement, a key detail for the Japanese economy and Olympic sponsors, will not be finalized until December.

Shareholders of ABS-CBN, the Philippines' largest broadcaster that was shut down in May after clashing with President Rodrigo Duterte, will meet virtually for their annual general meeting. It will be the first meeting since a congressional committee dominated by Duterte allies voted in July to deny a new operating franchise for the network, which employed around 11,000 and reached an audience of 70 million.

Background: Leung is accused of bribing the then-chairman of Kerry Logistics Network, Ang Keng-lam, by employing his son at the U.S. investment bank's Hong Kong office in 2010. The prosecution alleges Leung offered the role in hopes that Ang would influence his company to give the U.S. bank a role on its initial public offering. Leung has pleaded not guilty.

Go deeper: Accused of hiring relatives of Chinese officials under a program called "Sons and Daughters" to win banking deals, JPMorgan in 2016 agreed to pay U.S. authorities $264 million in a settlement.

Esprit Holdings, the Hong Kong-listed casual fashion brand, is expected to report a net loss of about 3.9 billion Hong Kong dollars ($503 million), according to a profit warning issued last month. Esprit's troubles began years before the pandemic, however. The company has been struggling to keep up with changing consumer tastes and how people buy their clothes. On top of results, Friday's disclosure is expected to shed light on Esprit's latest restructuring plan.

The Malaysian state of Sabah will hold an election on Saturday for the state assembly, after incumbent chief minister Shafie Apdal appeared to lose support in the state legislature. Sabah, which has a population of 3.54 million, has been in the news recently after the Philippine foreign secretary revived his country's claim to the territory.