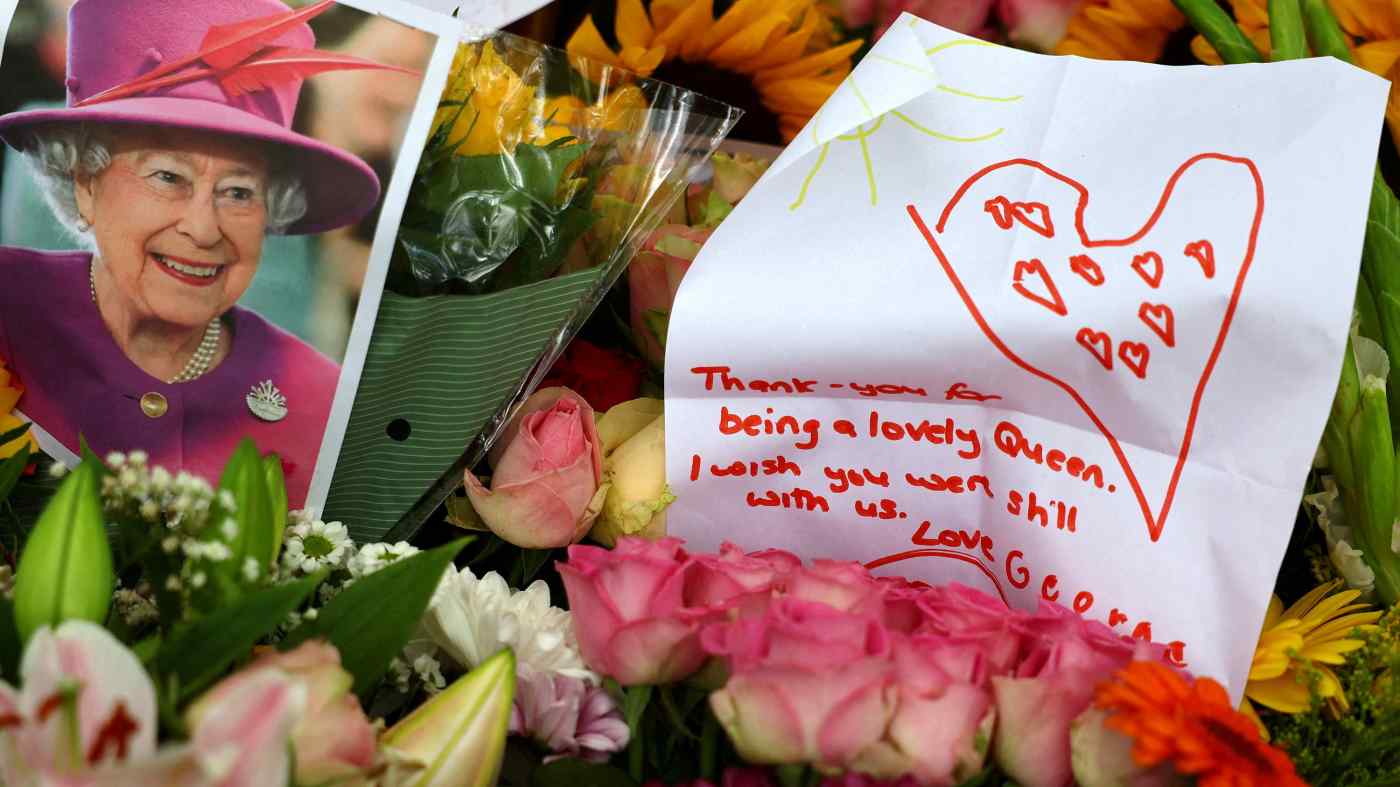 Many Asian leaders will attend Queen Elizabeth's funeral in London on Monday to pay their respects to the United Kingdom's longest-serving monarch.

The U.N. General Assembly's General Debate starts on Tuesday. Monetary policy decisions from the U.S. Federal Reserve and the Bank of Japan are expected later this week.

The U.N. General Assembly begins its general debate, giving each country an opportunity for its representative to directly address the globe. Representatives from all 193 member states will have the chance to speak over the course of several days.

The Asian Development Bank releases updated growth forecasts for emerging Asian economies. The figures will be closely watched against a backdrop of troubles that include the coronavirus pandemic, the Russian invasion of Ukraine, rising inflation and monetary tightening in advanced economies.

Hong Kong's Cardinal Joseph Zen and five other prominent pro-democracy figures will face a five-day trial. The charges are related to the now-dissolved 612 Humanitarian Relief Fund, which helped arrested demonstrators linked to the city's 2019 protests pay legal and medical fees. Zen, the fund's other trustees and its secretary were initially arrested under national security charges but are now accused of failing to formally register the organization. The defendants have denied any wrongdoing.

Tencent Music Entertainment, which is controlled by China's most valuable tech company, Tencent Holdings, debuts on the Hong Kong Stock Exchange. It joins a slew of U.S.-listed Chinese companies looking for secondary listings closer to home in case they are ejected from American exchanges by 2024 due to questions over their audits.

Tencent is listing in Hong Kong using a method called "by way of introduction," a quicker and cheaper shortcut increasingly used by U.S.-listed Chinese companies this year. With such a listing, a company doesn't raise any capital or issue any new shares. Chinese EV maker Nio, property agency KE Holding and fintech company OneConnect Financial Technology were all listed by way of introduction earlier this year.

At the same time, an inspection team from the U.S. Public Company Accounting Oversight Board has arrived in Hong Kong and started to inspect the audit records of U.S.-listed Chinese companies in the city. If the U.S. is not satisfied with the results from the eight- to 10-week process, it may take further action against the businesses concerned.

The Bank of Japan is likely to keep its monetary policy unchanged, even as it is expected to wrap up its emergency liquidity supply program for COVID. The decision will come the day after the U.S. Federal Reserve is widely expected to raise rates by 75 basis points for a third straight meeting. This would further increase the gap in interest rates between Japan and the U.S. and add downward pressure on the yen.

Bhutan reopens to international visitors after closing its borders for two and a half years due to COVID-19. Tourists, however, will be charged a much higher Sustainable Development Fee, of $200, compared to $65 before the pandemic. The Himalayan kingdom has said the money will go toward activities that promote carbon-neutral tourism and help build a more sustainable sector. In 2019, about 315,600 tourists visited Bhutan.