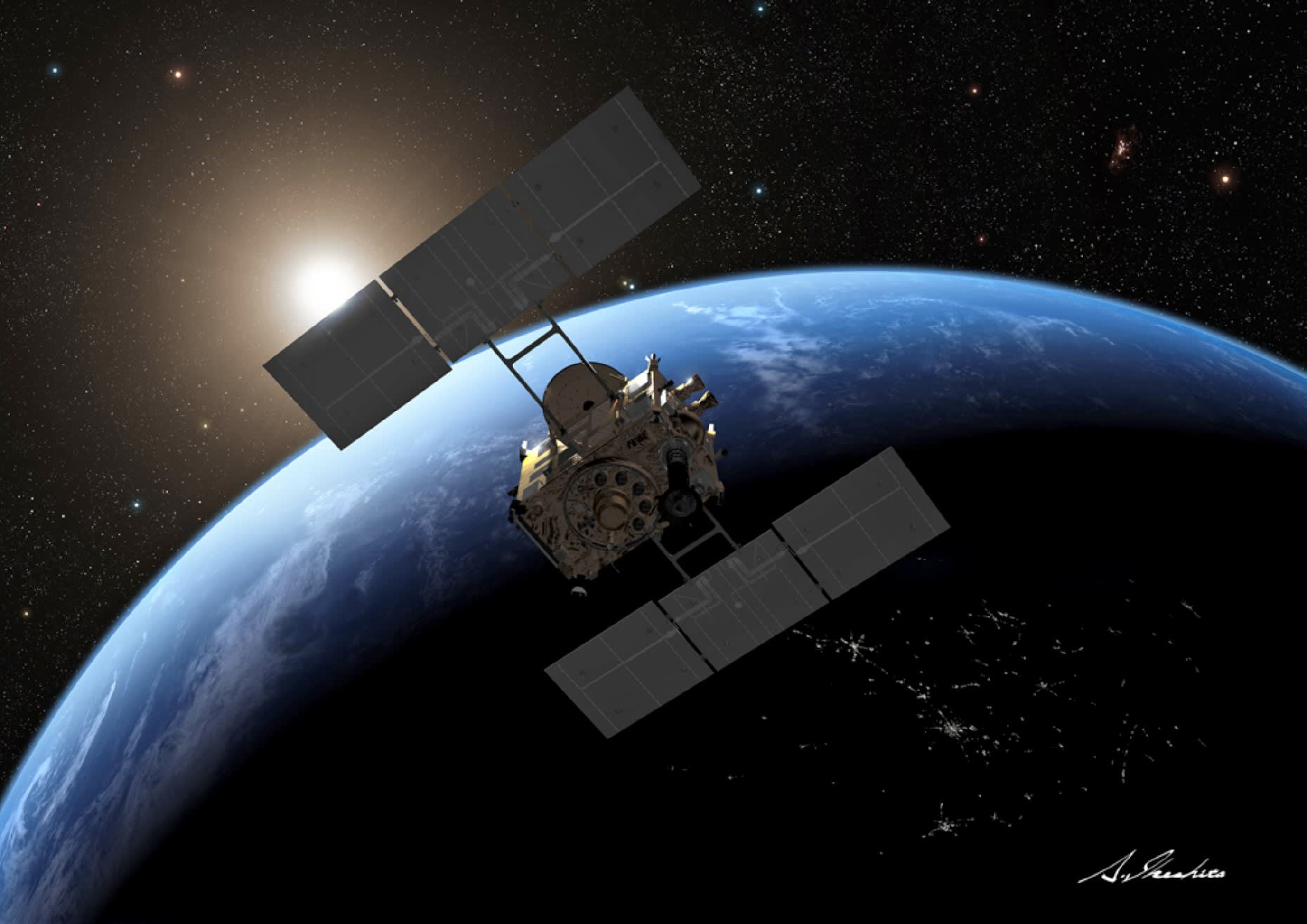 TOKYO -- The Japanese Hayabusa2 asteroid probe will perform a swing-by of the Earth on Dec. 3 as part of its a 5.2-billion-kilometer journey to the Ryugu asteroid. The manoeuvre involves the probe using the Earth's gravity to set itself on the path to its target.

Hayabusa2 was launched by the Japan Aerospace Exploration Agency (JAXA), from Tanegashima Space Center in Kagoshima Prefecture on Dec. 3, 2014.

The space probe has been travelling at an orbit similar to the Earth's orbital path around the sun. When it comes closest to the Earth exactly a year after the launch, the probe's velocity increases relative to the sun from the current 30.3km per second to 31.9km per second due to the Earth's gravity.

The swing-by will pull Hayabusa2 away from its current orbit, causing a slingshot effect pushing it into an orbit that will take it to Ryugu, cutting a path between the Earth and Mars.

A successful swing-by requires precise measurements of Hayabusa2's location and speed in order to correct its orbit. Previously, antennas at Usuda Deep Space Center in Nagano Prefecture and Uchinoura Space Center in Kagoshima Prefecture were used to measure the depth positions of JAXA's space probes.

However, the antennas' proximity to each other resulted in inaccurate vertical and horizontal location measurments, leading to an observation error of some 2km.

To resolve the problem, Hayabusa2 became the first Japanese space probe to use a method called "Delta Differential One-way Range." The method simultaneously receives radio waves from ground stations in Japan and overseas.

By measuring and analyzing minute time differences between the radio waves, the method can pinpoint the vertical and horizontal location of the probe with an error margin of just 180 meters.

The method utilizes a total of four antennas, one at Usuda Deep Space Center as well as NASA's Deep Space Communication Complexes in Goldstone, California; Madrid, Spain and Canberra, Australia.

When the right orbit is determined, Hayabusa2 engages its chemical engine in order to correct its location and set it on the correct path heading into the swing-by. Provided everything goes smoothly once the manoeuvre is complete, Hayabusa2 is expected to arrive at Ryugu between June and July 2018.

The technology behind accurately determining orbits is vital to future unmanned lunar and Mars exploration missions.