HONG KONG -- Two researchers at the University of Hong Kong have separately developed ways to genetically engineer plants that grow faster and are more resistant to drought. The modifications could significantly increase the yields of various crops and allow them to be grown on land with dry, poor-quality soil, helping farmers to adapt to global warming and strengthening food security. 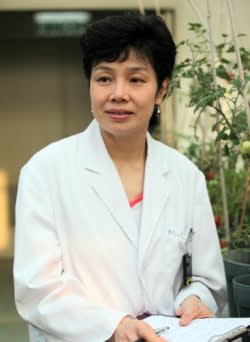 Mee Len Chye (Courtesy of the University of Hong Kong)

Agragen, an agribusiness based in Cincinnati in the U.S, is the first company to license the technology, which it plans to apply to an oilseed crop called camelina. Also known as gold-of-pleasure or false flax, Camelina sativa is grown in Asia, Australia, Europe and the Americas.

"Camelina is a crop with multiple uses -- as a biofuel, as animal feed and in pharmaceuticals," said Eric Murphy, chief scientific officer of Agragen. "We're really excited about the HKU technologies, which we hope will help us to realize camelina's full potential."

The two technologies were developed using Arabidopsis thaliana, a type of cress. "It's an ideal plant for experiments because its genome has already been sequenced, and it has a short life cycle," said Mee Len Chye, the Wilson and Amelia Wong professor of plant biotechnology at HKU's School of Biological Sciences. "Also it fits in small plant pots, so it's very easy to work with in a laboratory setting."

Chye boosted the function of the gene ACBP2 -- a technique known as "overexpression." The modified version produces increased quantities of a protein that encourages the stomata -- tiny pores on the plants' leaves and stems through which water escapes into the air -- to stay closed. As the plants retain more water, they become more tolerant to drought.

Desertification is a well-documented consequence of climate change. Higher temperatures caused by global warming are inducing water to evaporate from the land, with potentially devastating consequences for agriculture. At the United Nations COP21 climate change conference in Paris in December, Monique Barbut, executive secretary of the U.N. Convention to Combat Desertification, stressed the importance of maintaining fertile agricultural land in order to feed the predicted 2050 global population of 9 billion people.

Where soil remains dry, an alternative solution is to create plants that thrive in arid conditions. "Drought tolerance is an extremely useful characteristic," Chye said, "because it allows us to extend the area in which crops can be grown." 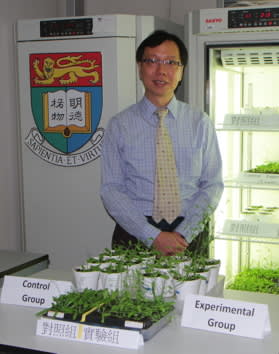 Wallace Lim (Courtesy of the University of Hong Kong)

Her colleague, Wallace Lim, worked on a different gene, PAP2. The gene is present in almost all plants, but "my team was the first to study its function," Lim said. "I overexpressed the gene, and observed that the modified plants grew much faster." Further tests revealed that the protein encoded by the gene speeds up photosynthesis, boosting growth and increasing seed yields by between 38% and 57%.

The HKU research has generated considerable interest. The university patented the PAP2 growth enhancement technology in the U.S. in 2008 and the ACBP2 drought tolerance technology there in 2011. Its commercial arm, Versitech, struck a deal with Agragen for an exclusive license to apply them to camelina. "Dr. Lim tested the PAP2 technology on camelina with very impressive results," Murphy said.

Agragen will start applying the technology shortly at its plant science facility in Finland, testing the HKU technologies individually and combining them in a process known as stacking. "We don't expect to replicate the lab results in the open field, where we can't control conditions, but we're hoping for a 50% increase in seed yield per acre. I'd be ecstatic if we can do that," Murphy said.

He added that modified camelina has great potential for cultivation in the U.S. and other countries, such as China, that have arid regions that are currently unproductive. It can also be used for "double cropping," he said. "Some food crops require fallow periods to allow the soil to recover, on a one year on, one year off basis. If we can lower the moisture requirements for camelina, so that its depletion of the soil is minimal, we could plant it on the alternate years."

Agragen's sister company, Great Plains Oil & Exploration, sees a major market for modified camelina seeds as the basis for environment-friendly biofuel for the aviation industry. Biofuel carbon emissions are up to 80% lower than emissions from conventional aviation fuel.

Murphy said that camelina did not perform well as a first-generation biofuel but was an excellent feedstock for second-generation fuels. These are produced using the same catalytic cracking process used to refine conventional oil.

The U.S. Navy used this type of camelina-derived oil in 2010 for its first test of aviation biofuel in a so-called Green Hornet -- a modified F/A-18 Super Hornet multirole fighter. Lufthansa used it to power commercial flights the following year. 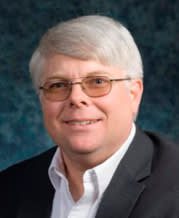 Murphy said the biofuel market is being held back by the low price of conventional oil. The benchmark West Texas Intermediate crude temporarily dipped below $30 a barrel on Jan. 12 in the U.S., the lowest level in around 12 years. But the HKU technologies could make camelina-derived oil significantly cheaper when conventional oil recovers. "Oil prices are going to be depressed for a while, which is a challenge, but if we can increase yields and lower production costs, camelina-derived oil could become competitive by the time conventional oil recovers to $65 or $70 a barrel," he said. "It's an attractive product because of the multiple environmental benefits."

Camelina cultivation has a relatively small carbon footprint. It is naturally resistant to insects, requires very little fertilizer, and is a so-called "single pass" crop: "The farmer plants it, then harvests it. No other work is required," Murphy said. "So the polluting effects of spraying and tractor use are reduced."

The crop's meal -- the solids left behind once the oil has been squeezed from the seeds -- is used as feed for cattle, pigs and poultry. Murphy said that while camelina does not quite match soy, the gold standard for livestock meal in terms of protein content, tests on egg-laying hens have shown that replacing 5% to 10% of their food with camelina meal has no impact on their consumption, or on the quantity of eggs laid. "The meal's residual oil actually boosts the level of healthy Omega 3 fatty acids in the eggs," he said.

Genetically modified crops are widely accepted in the U.S. but are extremely contentious in the European Union and in major Asian markets such as Japan and South Korea, where they face strong opposition from consumers. In China, GM livestock feed is imported in bulk, but very few GM crops are cultivated domestically. However, attitudes might shift as the Chinese government seeks to boost agricultural productivity through massive investments in biotechnology, with the aim of becoming a world leader in the field. In a speech in 2014, President Xi Jinping said China must "boldly research and innovate, [and] dominate the high points" of GM techniques.

Pressed on safety issues, and whether the public should be concerned in the case of camelina, Murphy said the technology poses no threat. "In terms of gene escape, camelina is ideal. Studies have shown that camelina very rarely pollinates weeds, and when hybrids are made, they're not viable and don't reproduce."

Chye and Lim hope the technologies they invented will be applied to other plants, including major food crops such as soybeans, rice and corn. "It could be of huge benefit to agriculture as the climate continues to warm," Lim said. "This is just the first step."