How artificial photosynthesis could cut emissions 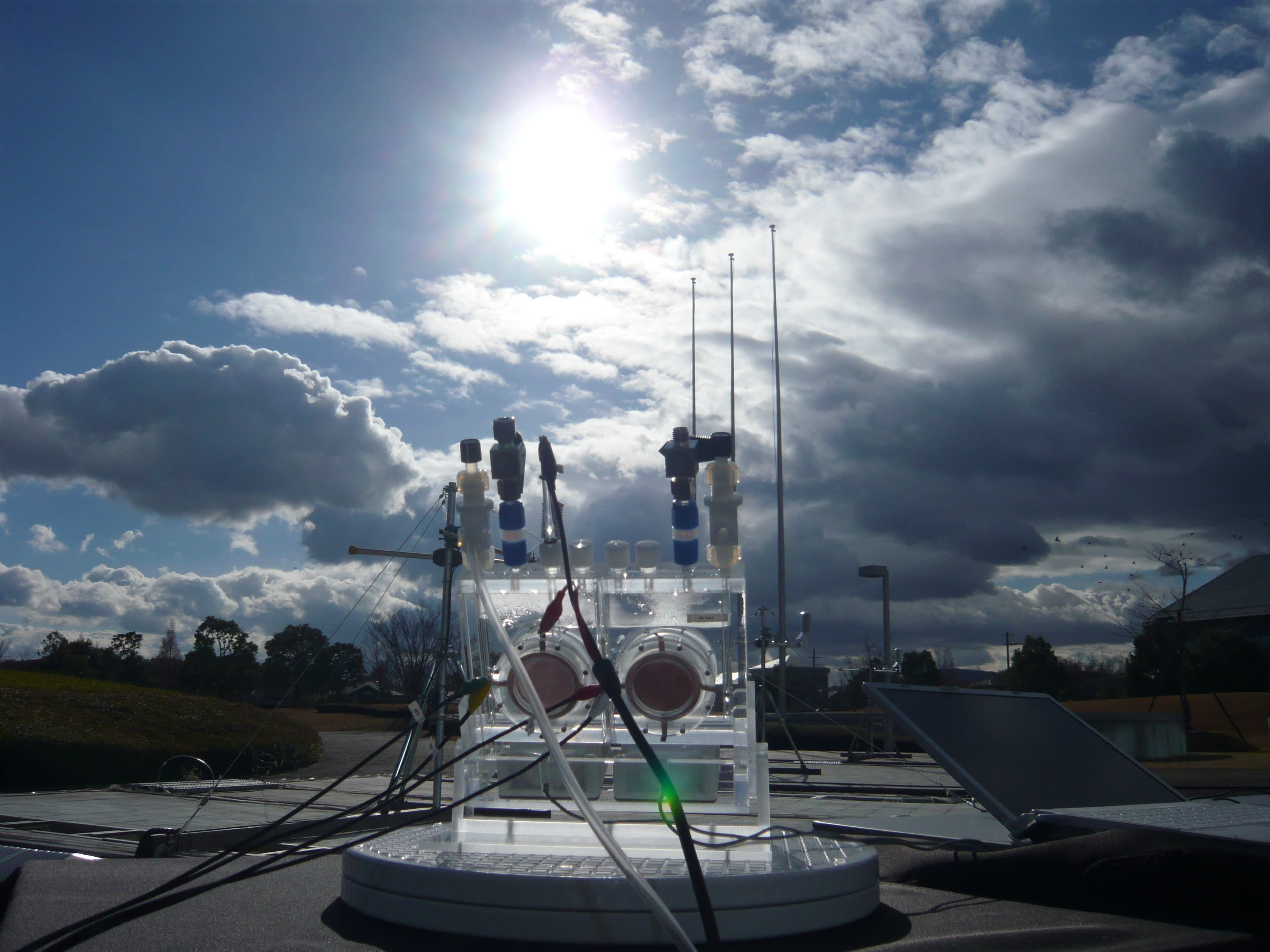 Panasonic started its artificial photosynthesis research in 2009. In 2012, it successfully achieved a 0.2% conversion efficiency, the highest in the world at the time.

With the help of government funding, companies and universities are hoping to develop the artificial photosynthesis technology needed to convert carbon dioxide into fuel and chemical feedstock sometime in the 2020s.

In November last year, Toshiba achieved the artificial photosynthesis conversion at the highest efficiency to date. Its 1.5% conversion rate far surpassed the 0.2% recorded by Panasonic in 2012. The news surprised many industry experts.

Conventional oxidation catalyst technology can use only 3% of ultraviolet light in photovoltaic energy. Toshiba uses a multijunction semiconductor -- comprised of an oxidation electrode grafted with three types of amorphous silicon -- that can use a wider range of wavelengths in photovoltaic energy, including visible and infrared light.

However, this technology still cannot generate the level of power voltage needed for oxidation reaction. So, the company has adopted a gold nanocatalyst based on the nanoscale structural control technology as a catalyst of a reduction electrode, thereby lowering overvoltage. By lowering the reaction's electric potential with a gold nanocatalyst, Toshiba has successfully developed the technology to reduce CO2 using semiconductors, which in turn helps improve the conversion efficiency. Since Toshiba manufactures thermal and other power plants emitting huge amounts of CO2, it must cut CO2 emissions. As such, it plans to raise the conversion efficiency to 10% in the 2020 so that it can use artificial photosynthesis to help cut highly concentrated CO2 emissions near power plants.

Historically, Japan has been a world leader in catalyst research, a technology essential for artificial photosynthesis. In 1972, Akira Fujishima, then a graduate student at the University of Tokyo, and another researcher published an article about the so-called Honda-Fujishima effect in the U.K. science magazine Nature. In the report, they discovered a way to decompose water into hydrogen and oxygen by irradiating titanium oxide electrode to sunlight. Fujishima is now the president of Tokyo University of Science.

In 2009, Panasonic launched a team led by Satoshi Yotsuhashi, chief researcher at its eco-materials research department. Yotsuhashi had been studying fuel cell catalysts.

Conventional photocatalyst technology generally uses a powdered catalyst of oxide system, such as oxidized titanium. Instead, Yotsuhashi and his fellow researchers see the potential for gallium nitride as a catalyst for oxidation reaction.

As for reduction reaction, they use different kinds of metal catalysts depending on which substances are to be produced, such as formic acid and methane. "We use research by university professors to gain further insight into reduction reaction," he said.

Panasonic hopes to use this artificial photosynthesis technology to produce fuels in areas with large CO2 emissions, such as waste incineration plants.