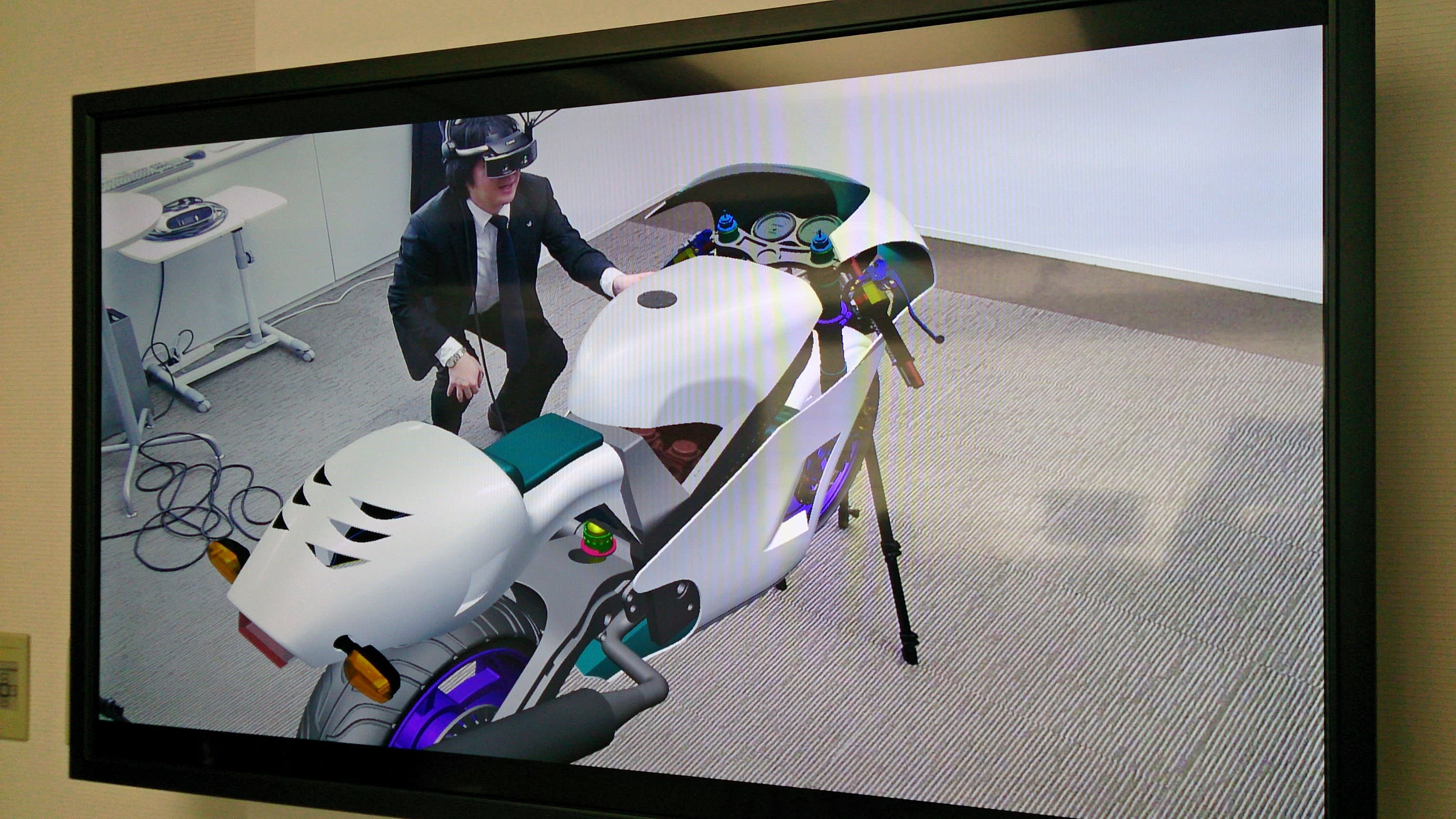 TOKYO -- Canon Marketing Japan is building a business around the group's mixed-reality (MR) system by combining it with 3-D printers, paving the way for actual, touchable prototypes.

Canon MJ has domestic sales rights to the 3-D printers made by U.S. company 3D Systems. Starting April 10, in addition to selling the printers as stand-alone products, it will launch a service for corporation in Japan that combines these machines with the MR system.

For manufacturers, the service promises a way to halve both the time and cost of product development. For example, a company developing a motorcycle can use system to evaluate designs without fabricating full-scale prototypes. And by using a 3-D printer, a quick prototype of the handlebars or other component can be fabricated and superimposed on the MR scene. This would give the developers an opportunity to feel how the handlebars actually work in their design.

Canon MJ expects companies in other sectors to benefit as well. For example, home renovators could show customers a virtual mock-up of a kitchen or bath and use the 3-D printer to integrate a faucet they can actually touch.

The technology could also be used to design factory manufacturing lines and layouts.

Cannon MJ will deploy 40 sales people and 12 engineers nationwide for the new business. Prices for the service, which includes a special display, a 3-D printer and software, will begin at around 30 million yen ($286,000).