The University of Tokyo is one of the most prestigious academic institutions in Japan.
KEIICHI MURAYAMA, Nikkei senior staff writerSeptember 18, 2015 13:00 JST | China
CopyCopied

TOKYO -- Competition for the development of artificial intelligence is increasing worldwide.

China has begun a project similar to a program undertaken by Japan's National Institute of Informatics to create a robot that can pass an entrance examination of the prestigious University of Tokyo (Todai). 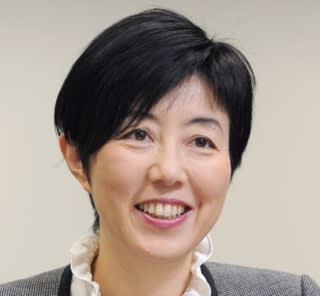 Professor Noriko Arai of the National Institute of Informatics will work with China to develop an AI program able to pass the entrance examination of the University of Tokyo.

China will launch a national project to develop a robot capable of passing university entrance exams, setting aside a budget equivalent to 3 billion yen ($24.6 million) for the first three years, Arai said, quoting the email message.

China has been closely watching the NII's project to develop an AI robot, nicknamed "Torobo-kun," which is capable of passing Todai's entrance exam, she added.

While Chinese companies, such as leading Internet search engine Baidu, are known to be promoting AI studies, China targets university entrance exams as a step toward improving its AI technology. Led by iFlytek, the Chinese project will involve leading Chinese universities, to develop a robot clever enough to pass entrance exams of the top 20 universities in the country.

The project to develop Torobo-kun started in 2011, with more than 100 researchers involved. Although the robot is still unable to pass Todai's entrance exam, it has an 80% chance of winning admission to 80% of private universities, according to an estimate by the National Center for University Entrance Examinations. The Torobo-kun technology is increasingly expected to become applicable to business use.

The NII has allocated tens of millions of yen per year to the Torobo-kun project, much less than China's budget. Arai therefore decided to accept iFlytek's proposal in order to promote the project.

Arai visited China in July to deliver a lecture on the subject, and Chinese researchers will visit Japan in November to pave the way for promoting the exchange of information.

Indispensable for robots and automated driving, AI involves industrial and military applications. China is eager to acquire AI technologies to catch up with the U.S. in the field. Microsoft has developed an AI program that poses as a sweet high school girl named Rinna. Upon receiving a question, for example, "What is your favorite subject?" via the Line free communications app, Rinna replies, "Physical education."

Google and Apple are also developing AI programs for purposes such as smartphones' digital secretary app.

The U.S. leads the field of AI as it accounts for nearly 50% of related patent applications among major countries, according to the Japan Patent Office.

Japan is eager to be a leading player in the field. The Comprehensive Strategy for the Rebirth of Japan, adopted by the government, calls for reinforcing the nation's international competitiveness utilizing AI and so-called big data.

To achieve the goal, Japan first needs to realize an efficient research and development system by eliminating sectionalism.

The National Institute of Advanced Industrial Science and Technology, affiliated with the industry ministry, established the Artificial Intelligence Research Center in May, and hired Junichi Tsujii, a top Japanese AI expert, away from Microsoft's research institute in Beijing, as head of the center. It is designated to be the hub of AI studies in Japan.

In August, however, the education and science ministry included a plan in its fiscal 2016 budget request to set up an AI research institute at a cost of 10 billion yen, arousing concern that Japan's R&D programs for AI will become inefficient without concentrated use of personnel and capital.

Japanese AI technology cannot compete in the world without an "all Japan" system involving both public and private entities, warned Takahira Yamaguchi, professor at the faculty of science and technology of Keio University.

Japan needs to specify areas where it can exercise its strength.

Preferred Networks, an AI venture business in Tokyo, is seeking to create a society free of traffic accidents through cooperation between robots and automobiles.

"AI, however advanced it may become, is limited without equipment it can precisely control," said Toru Nishikawa, president of Preferred Networks.

The company, therefore, has joined hands with Panasonic and Toyota Motor for collaboration between its AI know-how and the leading Japanese companies with advanced manufacturing technologies.

Japanese companies have a large number of sales and other data which is "not so big but well sorted out," Arai of the NII said. "Productivity can be improved if they are fully utilized."

Japanese AI research will seek how best to use Japan's strengths, while teaming up with rivals such as China if necessary, and infuse intelligence into machines. Human wisdom will be tested first toward this goal.