Professor Emeritus Koichi Furukawa of Keio University in Tokyo pioneered artificial intelligence in Japan. He served as the deputy director of the Institute for New Generation Computer Technology, which was in charge of the Fifth Generation Computer Project under the then Ministry of International Trade and Industry from fiscal 1982 to fiscal 1992. "It feels strange that there is an AI boom now," Furukawa said. "It's all thanks to deep learning."

AI research enjoyed a second boom in the 1980s; the first came in the 1960s. The second boom was already on the wane by the time Furukawa's project came to an end in the early 1990s. Despite 54 billion yen ($446 million) from the government, the institute failed to come up with a killer app; none of its work was ever commercialized.

"We produced a number of scholarly outcomes and fostered young researchers," Furukawa said. "We did have success in some areas."

In 2012, professor Geoffrey Hinton and other researchers at the University of Toronto developed deep learning technology that reignited broad interest in AI research. The form of machine learning they developed trains a neural networklike electronic circuit to learn new things. When applied to image recognition, the technology has shown high rates of correctly recognizing images. Their findings came as a surprise to many scientists in the field.

Hinton and his colleagues formed a deep learning startup, DNNresearch, which was acquired by Google in 2013. That triggered a trend among major information technology companies to set up AI research laboratories. In Japan, Dwango, an online game and entertainment provider, in 2014 created an AI laboratory.

In May, the Japanese government established the Artificial Intelligence Research Center at the National Institute of Advanced Industrial Science and Technology, or AIST. Junichi Tsujii, principal researcher at Microsoft Research Asia, is the director. The project is being funded by the New Energy and Industrial Technology Development Organization. 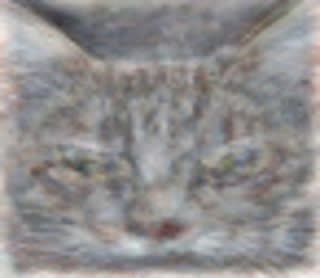 Deep learning is best suited to identify common characteristics of certain objects from among enormous amounts of data. As an experiment, Google trained its electronic circuits to recognize cats, something it unveiled a few years ago. Google had to input 10 million cat images from the Internet before its artificial neural network could automatically detect cats in pictures.

Better image and voice recognition would help increase the rate at which human-computer interfaces correctly identify users. That would be conducive to greater computer response and faster robot reaction. Other developments from deep learning could lead to highly reliable anti-crime and monitoring systems, self-driving cars, home and nursing-care robots as well as other applications.

U.S. management consulting firm McKinsey & Company forecasts that automated knowledge tasks carried out by AI "could have as much as $5.2 trillion to $6.7 trillion in economic impact annually by 2025."

Meanwhile, some experts say this third AI boom will not last. They argue that once a new application is commercialized, it is often regarded as just another app and no longer considered artificial intelligence.

Some researchers are committed to studies and development work that will go beyond the current boom. One of them is professor Katsumi Inoue of the National Institute of Informatics in Tokyo. "Research is still weak on 'inference' of human's thinking," he said.

Analysis of mankind's scientific discovery process has revealed that hypothetical reasoning, called abduction, plays an important role, according to Inoue. He has built an abduction-based computer program and has used it to analyze chemical reactions. As a result, he has found a till-now-undiscovered reaction.

With the help of deep learning technology, many AI scientists are endeavoring to boost the level of peripheral technologies -- knowledge databases, natural language processing systems, probability models, search models -- in the hope of bringing about what can be called a truly intelligent computer.