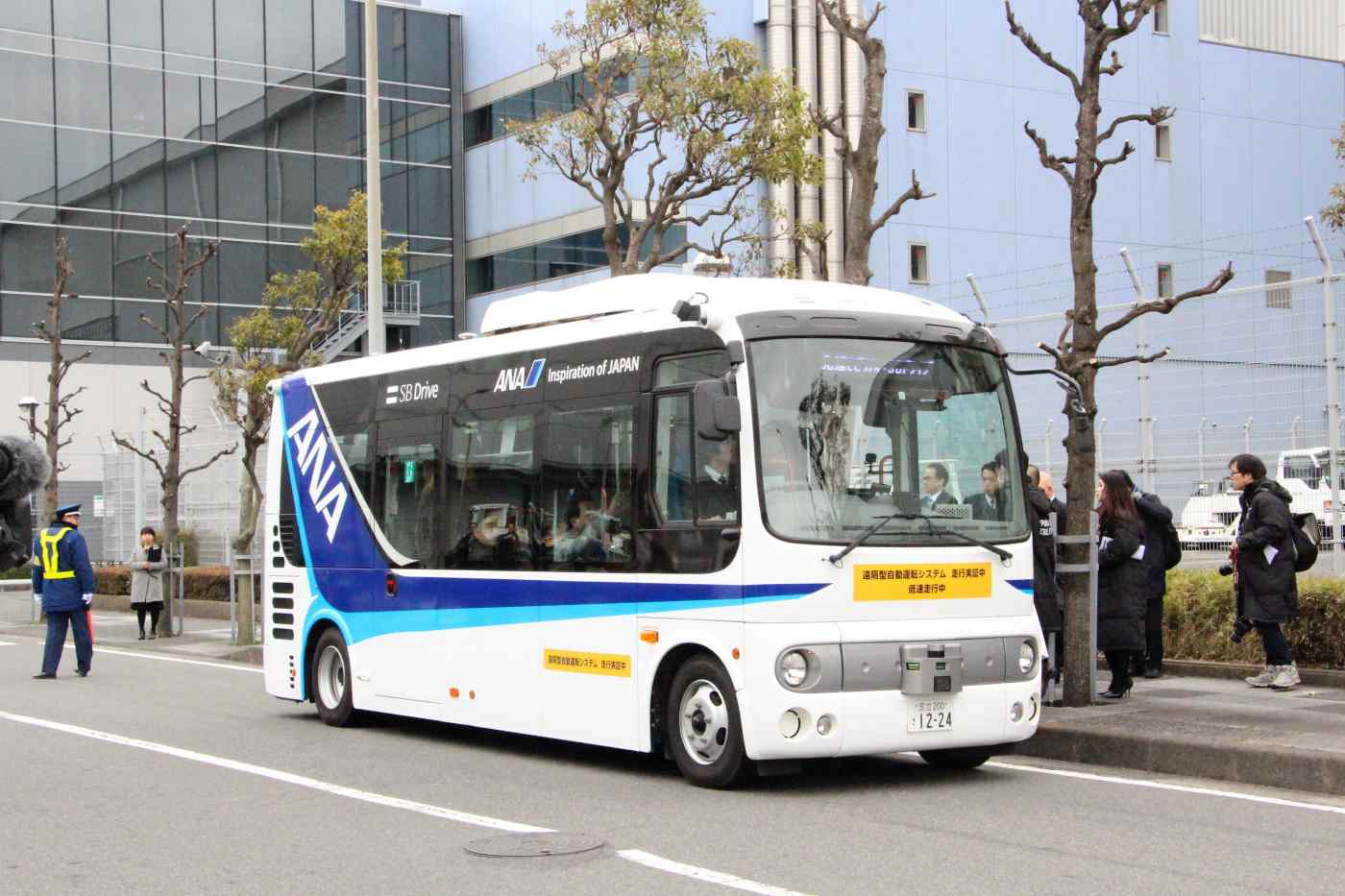 TOKYO -- On a recent February day, a mini bus made by Hino Motors cautiously made its way along a public road near Tokyo's Haneda Airport at a speed of about 10kph. There were no passengers, and more surprisingly, no driver either.

The exercise was a trial run of a self-driving bus being carried out by the Japanese tech giant SoftBank Group and All Nippon Airways, with the eventual aim of commercializing driverless transport at airports from around 2020.

The idea behind the recent driverless bus test was that self-driving transport will eventually replace cargo vehicles and shuttle buses now operated by human drivers carrying passengers and crews between terminals and airplanes.

The lanes for airport ground traffic do not have as many signals or pedestrians as public roads, lowering the challenges of  introducing driverless vehicles. "We seek to make the most of robots and artificial intelligence to provide better service to customers," said Shinya Katanozaka, president of ANA Holdings. "The ground handling services provided by airlines at airports have progressed little over past decades." The system's AI capability helps identify unusual circumstances both outside and inside the vehicle. If a passenger falls, the system would report the event to the administrator, who can check the situation in real time using monitors.

The SoftBank unit aims to make it possible for a single human operator to monitor a number of driverless buses simultaneously using the system.

SB Drive President and CEO Yuki Saji called the recent successful test drive of the Hino bus "a rare achievement in the world."

"We have almost come to a commercial level," he added.

SoftBank corp. representative director and chief operating officer Yasuyuki Imai said the SoftBank group is prioritizing AI, the internet of things, and robotics. The self-driving bus project involves all of these, and is therefore significant for the entire group, he added.

"Job automation is not meant to steal human jobs," he said. "It is here to improve work efficiency, and we can spend the time saved and the labor for other tasks."