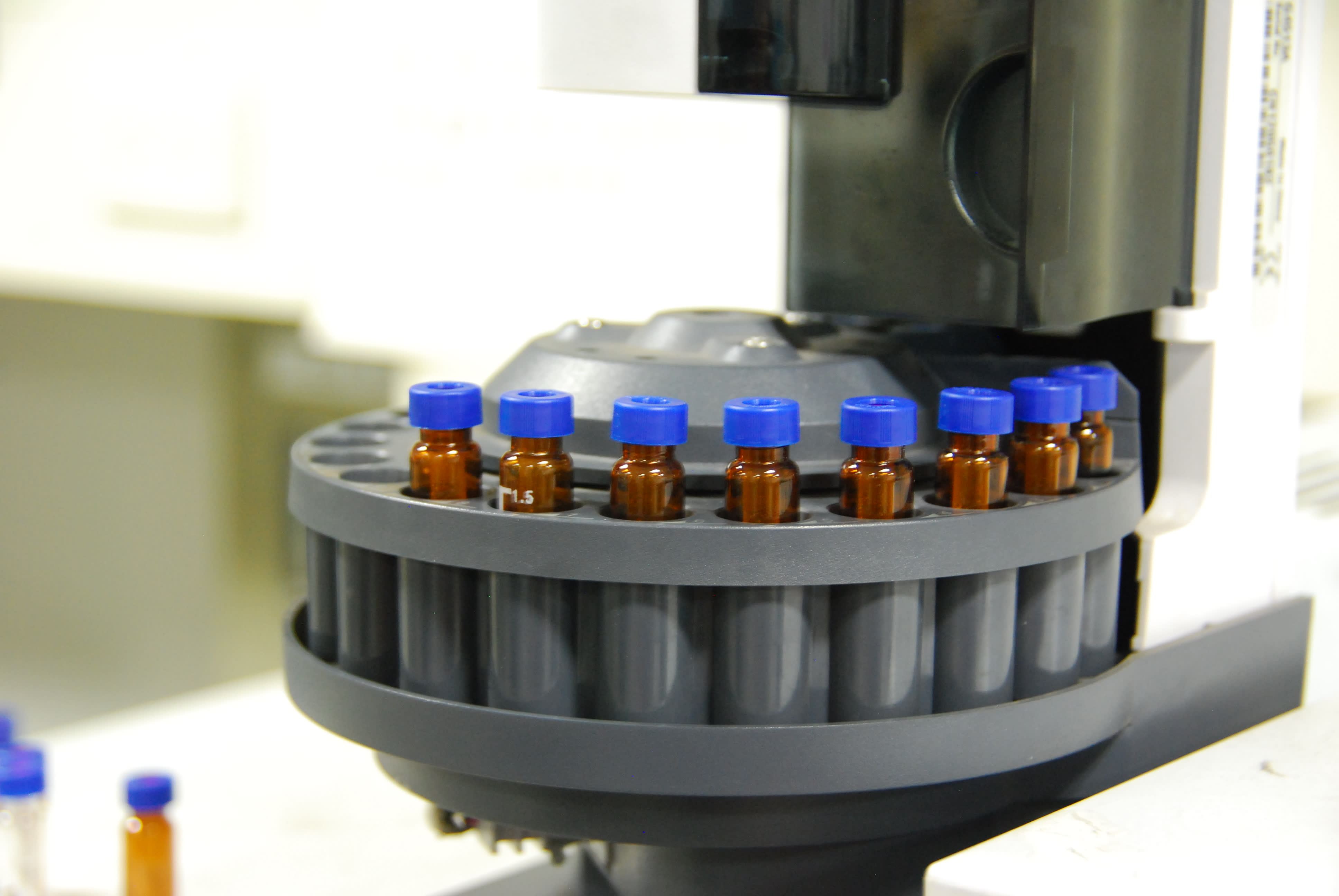 SEOUL -- Ever since four pregnant women died of mysterious lung problems in 2011, South Korea has been haunted by scandals over toxic chemicals in common household goods.

The women's deaths remain unexplained. But in January the former chief of the South Korean unit of U.K. home product maker Reckitt Benckiser was sentenced to seven years in prison after a separate scandal over the sale of a humidifier disinfectant that killed nearly 100 people.

The multiple deaths, together with serious lung damage suffered by hundreds of other victims, have heightened concern about the dangers lurking in domestic cleaning cabinets and air humidifiers, inspiring a burgeoning movement aimed at replacing possibly hazardous chemicals with alternatives derived from natural sources. Park Jin-byung, a researcher at Ewha Womans University in Seoul, is investigating ways to turn algae into plastic. (Photo by Elaine Ramirez)

One option being investigated by South Korean scientists is to make use of a recent scientific breakthrough that uses enzymes to turn algae, a ubiquitous marine plant, into plastic. Park Jin-byung, a leading researcher, hopes the process can also be used in biopreservatives to replace synthetic ingredients in cosmetics, personal care products and foods.

Thanks to algae's quick proliferation and low input needs, scientists have for years experimented with it as a possible biofuel, and as a way of capturing carbon dioxide to make plastic. Park claims that his process is unique because it uses the enzymes as an environment-friendly method of developing a heavy-chain carboxylic acid, a type of monomer -- the basic building block for high-quality plastics -- that is traditionally manufactured through a harsh chemical process.

"Nowadays, chemical products are generating a number of problems, not only in human lives but in nature. So our goal is to replace chemical products that are probably toxic to the environment with safer products, including natural products," Park said in an interview with the Nikkei Asian Review at his office in Seoul.

In a collaboration between three South Korean universities, researchers have worked out a way of turning marine algae or microalgae into oil, and then into a monomer. The monomer molecules can be combined to make polymer molecules, which are used in products ranging from biopreservative ingredients in food to durable, heat-resistant, engineering-grade plastic for car parts. 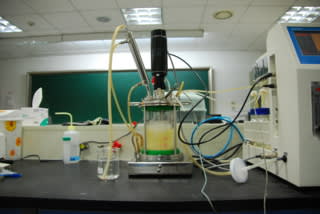 This machine uses the E. coli bacteria to break down algae oil for testing. (Photo by Elaine Ramirez)

Once that technology is ready, the project's local commercial partner Kolon Industries, which makes nylon athletic wear and engineering plastic for industrial materials, will work on constructing monomers into polymer plastics to form goods for the commercial market.

Meanwhile, Park and his team at Ewha Womans University in Seoul have been working since 2013 on the second step of the process -- engineering enzyme that enhance E. coli, a common bacteria, allowing it to breaks down fatty acid and oils, such as those found in algae, soybean oil and used cooking oil, into monomers. Their breakthrough finally came late last year when they secured the fundamental technology for the procedure, which takes about 10 hours, according to details published in the scientific journal ACS Catalysis. In January, Park's team was awarded a patent in Japan for the biotransformation.

Park, who studied biotransformation in Switzerland, had found inspiration for his research in his native South Korea -- a peninsula with coasts rich with marine resources. South Korea fosters an abundant 677 billion won ($596 million) seaweed industry, which in 2016 produced 1.4 million tons of goods, including dry seaweed paper (known locally as kim), and edible seaweed (known as miyeok in South Korea and wakame in Japan). A researcher extracts samples for testing. (Photo by Elaine Ramirez)

Recognizing the potential value of the unused low-quality marine biomass produced as byproducts, Park wanted to develop a technology to use the waste. He secured research grants from two state-run foundations, worth a total of about 1 billion won a year until 2020. "The [government] supports our project because we can develop new technology to increase the quality and value of marine biomass," he said.

Park said that the algae substitute process is safer for consumers and more environment-friendly than using fossil fuel resources for chemically manufactured synthetics. The compound has an antifungal agent, which means it can be used to make biodegradable bioplastics in place of chemical ingredients in biopreservatives.

For now, Park said, production is sustainable because researchers are using the unused portion of cultivated seaweed, generally a low-quality, unsaleable byproduct. If demand grows, they can cultivate the algae through a process that yields only organic byproducts that can be used as fertilizer or in other experiments, unlike emission-spewing plastic production processes that use toxic solvents and petrochemicals at high temperatures, he said.

"We are using raw materials and the production methods are also environment-friendly. This is because we use enzymes. In the enzyme process, the reaction conditions are mild, and it happens at room temperature," Park said.

He claims that product quality is much higher than for goods made by chemical reactions. Plus, backed by a patent to turn fatty acids and oils into plastic, Park's team is researching how to use the method with both marine and land biomass.

"There are ways to lessen stress on the environment," he added. "We will use the algae to the point that it does not affect the environment ... we will not generate a negative effect on the ecology. I don't want that." Whether the same environmental ethics are held up by businesses when the technology is commercialized remains to be seen.

The technology is not yet ready for the market because the cost is about three times that of using traditional fossil fuel-based oil. But Park is confident that the team has completed the hard work necessary to get it ready for commercial competitiveness by 2020 -- creating a stable enzyme and finishing the fundamental platform technology to produce the monomer. 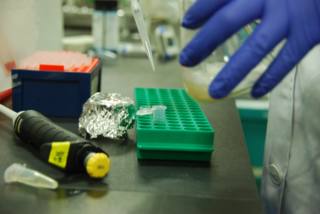 A researcher prepares a sample at Park's lab. (Photo by Elaine Ramirez)

While the other researchers are experimenting with turning algae into biofuel for automobiles, Park's team will focus on developing the large-scale production process from oil to plastic. That means tightening the efficiency of the existing technology by creating sturdier enzymes that can work for longer, creating a higher yield.

"My ultimate goal is to replace everything, from chemical to natural or natural-like products," he said. "As far as I see it, the unit price will be the most important reason for businesses. As long as it is price-competitive, commercialization won't be a problem."