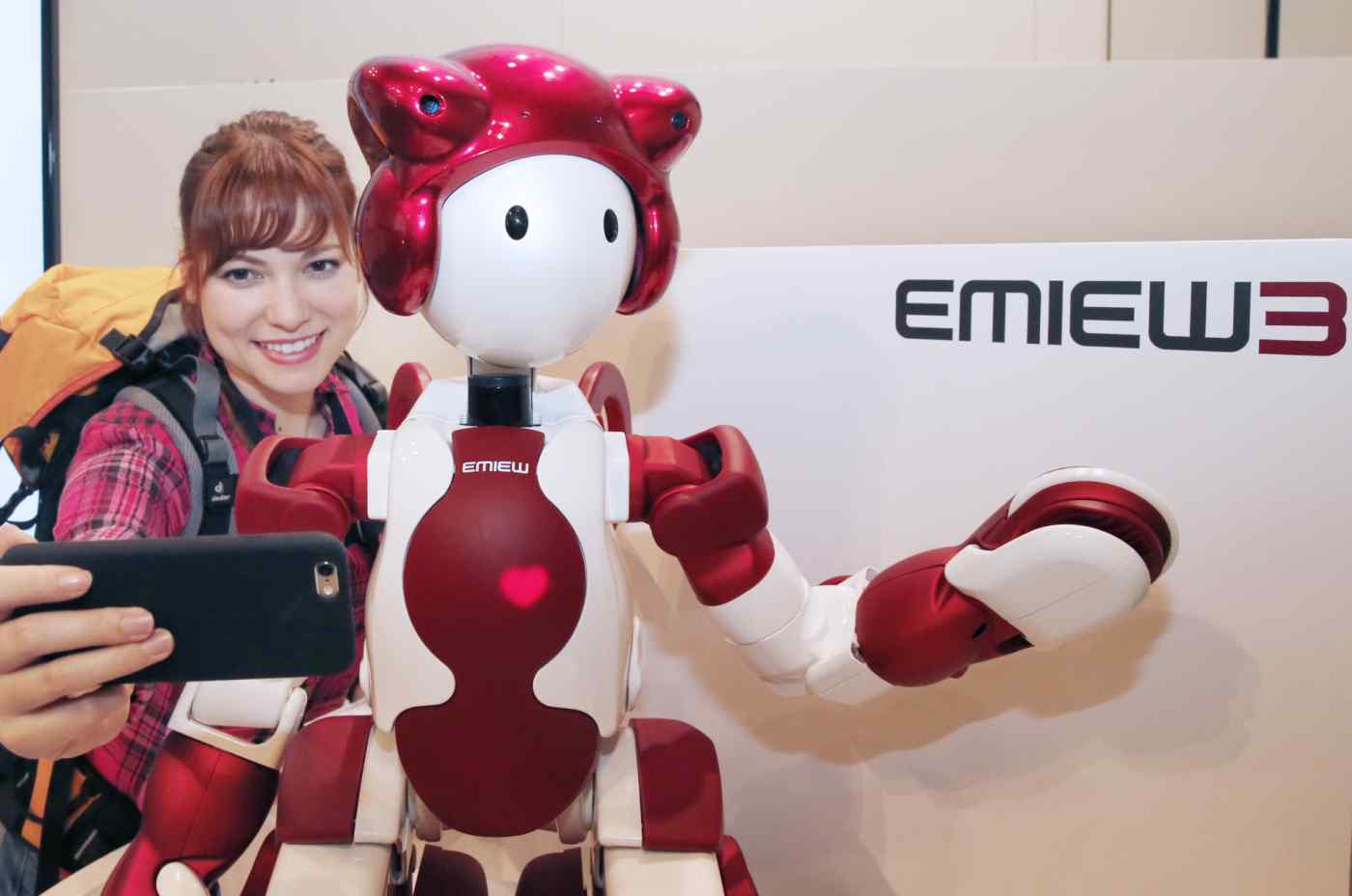 TOKYO -- The android moves at a top speed of 6kph. In just a few years, it will provide customer service in airports, hospitals, train stations and other facilities, speaking four languages so that it can even serve the masses of foreign tourists streaming into Japan.

No, it isn't SoftBank Group's Pepper humanoid robot. It is Hitachi's Emiew3 -- a smaller, faster and more agile competitor unveiled Friday. The new robot marks the third generation, and first commercially viable member, of a series that began with an experimental model in 2005. The company seeks to put it on the market in 2018.