How re-creating the ice age could solve food shortages 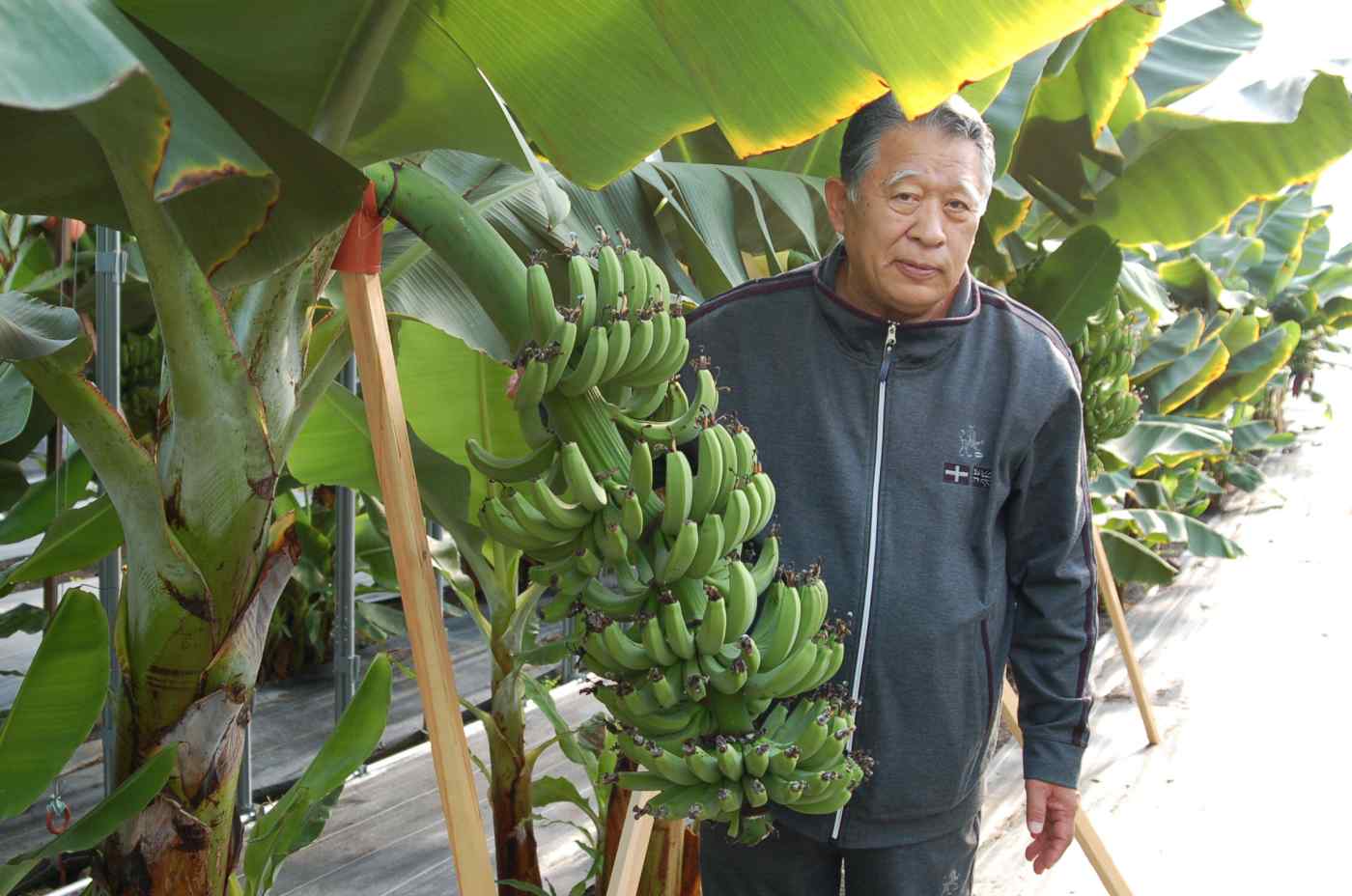 OKAYAMA, Japan -- A new banana breeding method that enables the fruit to grow rapidly in cool temperatures may one day turn Japan into a banana exporting powerhouse.

Despite being one of the biggest banana-devouring nations in the world, the country relies on imports for over 99% of its banana consumption. Every year, close to 1 million tons of the fruit are shipped over from the Philippines and other tropical countries. The Gros Michel banana variety that Tanaka successfully grew. It is sweet and rich in texture.

But now, an agriculture company in Okayama, western Japan, has successfully managed to grow bananas domestically through a technique called the "freeze-thaw awakening method."

At D&T Farm's experimental site, bananas were seen to grown to sizes almost large enough for harvest inside a simple plastic greenhouse.

"It usually takes two years for bananas to grow large enough, but here, it takes around four months until they're ready," said Setsuzo Tanaka, D&T Farm's officer in charge of technical research.

The method artificially re-creates the earth's climate of 20,000 years ago by freezing banana saplings to minus 60 degrees. Once thawed, the saplings are planted.

At the time, plants would wake from a long winter hibernation as temperatures rose gradually following the end of the ice age. In the aftermath, maximum daytime temperatures were only 12 to 13 C and during the night, the mercury dropped below zero. Under such cold temperatures, banana plants came out of hibernation and flourished, meaning the originally had the ability to grow at a daytime temperature of 12 C. Now, they only grow in tropical areas.

The path to development was not a straightforward one, said Tanaka. Over four decades, he suffered one setback after another in his experiments, while at the same time, managing a shipbuilder and shipping company.

Tanaka said he had invested a total of 500 million yen ($4.5 million) of his own money to fund the research. With the cold-temperature harvesting system now in place, his efforts appear to have come to fruition.

An added bonus is that the method does not involve pesticides nor genetic modification.

Japan's banana imports began in the early 1900s, when the fruits were brought over from Taiwan. They increased after World War II, but the supply of Taiwanese bananas halted in the 1960s.

At that time, the imported bananas were the sweet and sticky Gros Michel variety. But the Panama disease epidemic, a wilt caused by a fungus, wiped out the variety.

Recently, the Cavendish banana has become popular. But their yield could potentially fall sharply now that a new strain of Panama disease has emerged.

Tanaka's successful farming used a variety based on Gros Michel, which is sweeter and richer in texture than those normally eaten in Japan.

The city of Minami-Kyushu, in southern Japan's Kagoshima prefecture, will make a similar move through a local agriculture cooperative.

Tanaka said banana producer Dole Food has sounded him out about a potential future joint venture, but the project is also moving forward as a business in its own right.

Although D&T Farm was established only a year or so ago, a local bank has offered to provide financing on an unsecured, unguaranteed basis.

If banana cultivation spreads nationwide by utilizing fallow fields, the Japanese banana industry could grow enormously as the method allows for harvest within four to six months after planting.

"If bananas were cultivated on 30% of the fallow fields across Japan, that would grow the market to 600 billion yen and create 200,000 jobs," said a representative of a company offering support to agriculture cooperatives.

Although lettuce was not initially grown in the country, Japan's domestic production spread after WWII. Most of lettuce that reach dining tables are produced domestically, and bananas could be next.

Tanaka's dream is to develop new varieties of wheat, soy beans, and corn with improved quality through freeze-thaw awakening and grow as well as harvest them in Siberia.

"Siberia has an abundance of water and fertile soil," he said.

"If grains can be harvested under that cold temperature, the entire global food shortage could be resolved all at once."