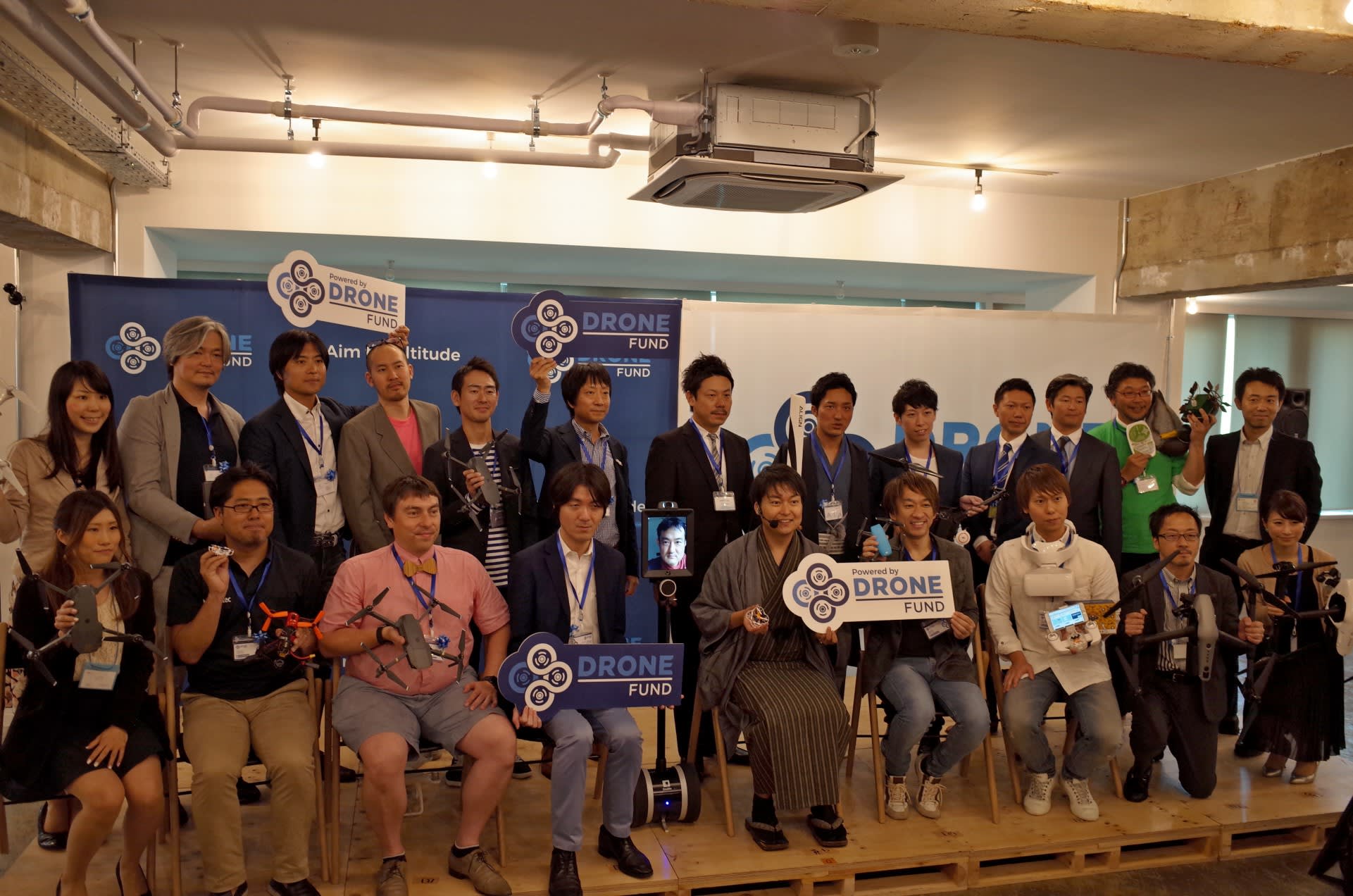 Though the small, unmanned aerial vehicles are increasingly employed in various industries such as construction, logistics and tourism, Japanese companies have a weak global presence in the field.

The fund will be established by Kotaro Chiba, the former vice president of game developer Colopl. The renowned investor will draw upon his experience with venture capital and in turning Colopl into a billion-dollar company to help Japanese players take on the world.

Chiba appeared at a news conference Tuesday flying a small drone. "I want to create a 'Team Drone Japan' that can compete globally," he said.

The fund aims to amass about 1.5 billion yen ($13.5 million) in investments from major companies and others. Investors include venture capitalist Taizo Son, younger brother of SoftBank Group CEO Masayoshi Son, and Tokyo-based Leave a Nest, which extends support to entrepreneurs.

Drone ventures have faced difficulty in Japan due to "the lack of high-risk investments and management know-how," said Chiba, who is familiar with the drone business.

The fund will invest between several million yen and around 100 million yen in each recently established venture. Novice entrepreneurs will receive full support, learning business management skills from executives at tech company Microsoft Japan and a six-person team of drone experts.

Small factories in towns that have partnerships with Leave a Nest will help ventures develop drone prototypes and mass production systems, as well as jointly apply for drone-related patents.

But the industry's outlook here remains cloudy. China's DJI has grown into one of the world's largest drone manufacturers, while Japanese companies have little market share and cannot even freely fly drones at home due to government regulations. They have pursued few joint ventures in Japan or abroad.

The fund not only provides cash but also evaluates the ventures' businesses, and it will serve as a bridge between the ventures and major companies to encourage them to take their drone businesses overseas. Its key test lies in creating a model that Japan's drone makers can achieve.