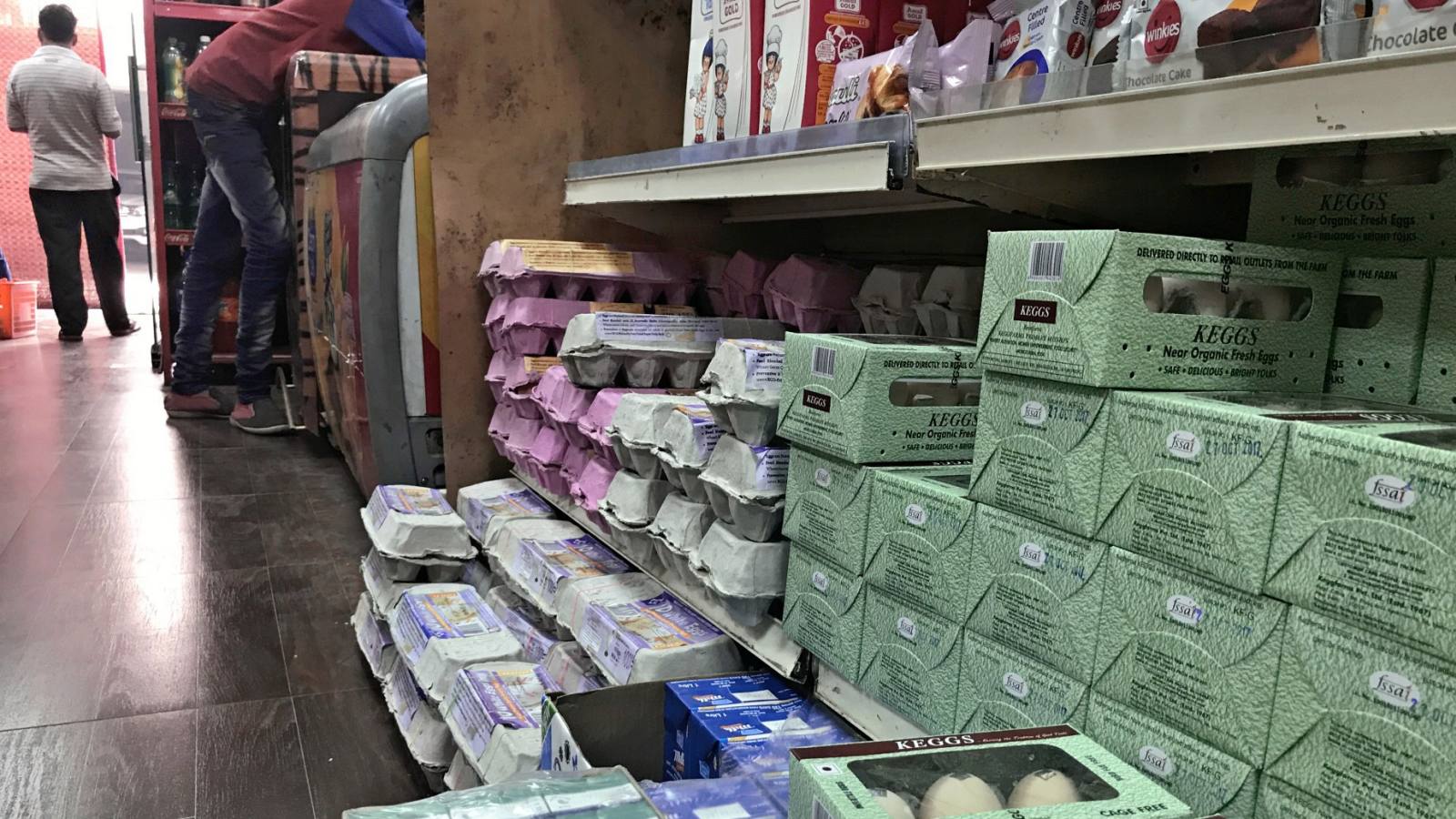 In race to top, Jollibee moves down supply chain

"I think India will reach in about 15 years the level of the culinary lifestyle it took Japan 40 years to reach," said company Chairman Hikonobu Ise in an interview.

The company aims to deliver eggs that are safe and have high nutritional content by taking the Ise model to India unchanged, he said. That includes computer-controlled hen houses, automatic egg collection, shipping at temperatures below 10 C, antibiotic-free vaccinations, and prompt packing systems without any human handling.

"In order to realize the Ise model, we will take equipment and so forth from Japan," Ise said.

Ise Foods has been accelerating its move into promising Asian markets in recent years, recognizing that the Japanese market is already mature.

"Domestically, companies are being worn down by competition among themselves. In Asia, people on average consume one-fifth to one-half as many eggs per capita as in Japan, so the competition is not very stiff yet," the chairman said.

Ise Foods began shipping eggs in Thailand and Vietnam this year, and is in the final stages of negotiations with Philippine restaurant industry giant Jollibee Foods, expecting to reach an agreement soon. The company is also in discussions with the Ahsan Group of Bangladesh, and the Salim Group of Indonesia.

In India, Ise said the company is currently looking at sites on which to build poultry farms around the city of Surat in the western state of Gujarat. Initially, it plans to build two 20-acre farms, with 300,000 chickens to be raised on each and production to start at around 500,000 eggs a day. Once the company chooses local partners, new joint ventures could be set up with the Ise Suzuki India joint venture.

To increase the nutritional value of the eggs, Ise will introduce a proprietary feed that blends ingredients such as fish meal, wood vinegar and seaweed. The primary ingredient, wheat, will be procured locally, but supplements will be brought in from Japan. The initial plan is to begin raising local species of chicks, and gradually switch to the same species raised in Japan.

In Japan, Ise Foods also produces processed egg products, such as liquid eggs, pastries and side dishes, selling them to food manufacturers and convenience stores.

In India, where the culinary culture is changing, the company will focus on the processed foods market, and will consider the possibilities for liquid eggs, powdered eggs, side dishes and pastries, as well as dry foods such as soup mixes. The company is also looking at local food manufacturers and convenience stores as potential customers, Ise said.

As part of India's policies to promote the agricultural sector, it is considering opening up the "multi-brand" retail food business sector -- supermarkets and similar establishments -- to foreign investment.

"We will definitely want to participate in the retail food business" if foreign investment restrictions are eased, Ise said. Ise Foods' move into India is in large part in response to a request from the government. In early November, the chairman attended a food product exhibition in New Delhi, where he talked directly with Prime Minister Narendra Modi, who made requests in six areas.

These included the establishment of a food business association made up of government and private entities from Japan and India; the transfer of egg-production know-how and technology; the development of human resources in the agricultural sector, including poultry-raising; and improvements in food distribution networks through the "internet of things."

On Dec. 5, a preliminary meeting of the India-Japan Food Business Promotion Council was held at Ise's request. Officials from various ministries and agencies, including Japan's Ministry of Agriculture, Forestry and Fisheries, Ministry of Economy, Trade and Industry and the Japan External Trade Organization, attended. They agreed to invite private companies and experts on food business.

Direct from the farm

The company plans to work with Indian IT companies to use the internet of things to make food distribution more efficient.

"We want to build a 'direct-from-the-farm' network that utilizes smartphones and similar technology and eliminates the middleman," Ise said, adding that the first pilot businesses will be set up in individual villages.

"Due to the inadequacy of infrastructure in India, some 30% of farm produce rots or is thrown away before it reaches the consumer. Resolving this would also help raise farmers' incomes."

To develop the poultry industry in India, the company initially plans to place 250 trainees, including some from Thailand, at Ise's facilities in Japan and at the Koibuchi College of Agriculture and Nutrition in Mito, Ibaraki Prefecture.

Applications have already been received from more than 200 individuals, many of whom are young people new to the industry. Training will last two years, after which a fund will be set up to support entrepreneurship after the trainees return home. The Ise group may also hire promising individuals, the chairman said.

Ise is considering installing solar panels on the roofs and grounds of poultry farms, but fundamentally, it plans to develop the poultry and solar businesses independently.