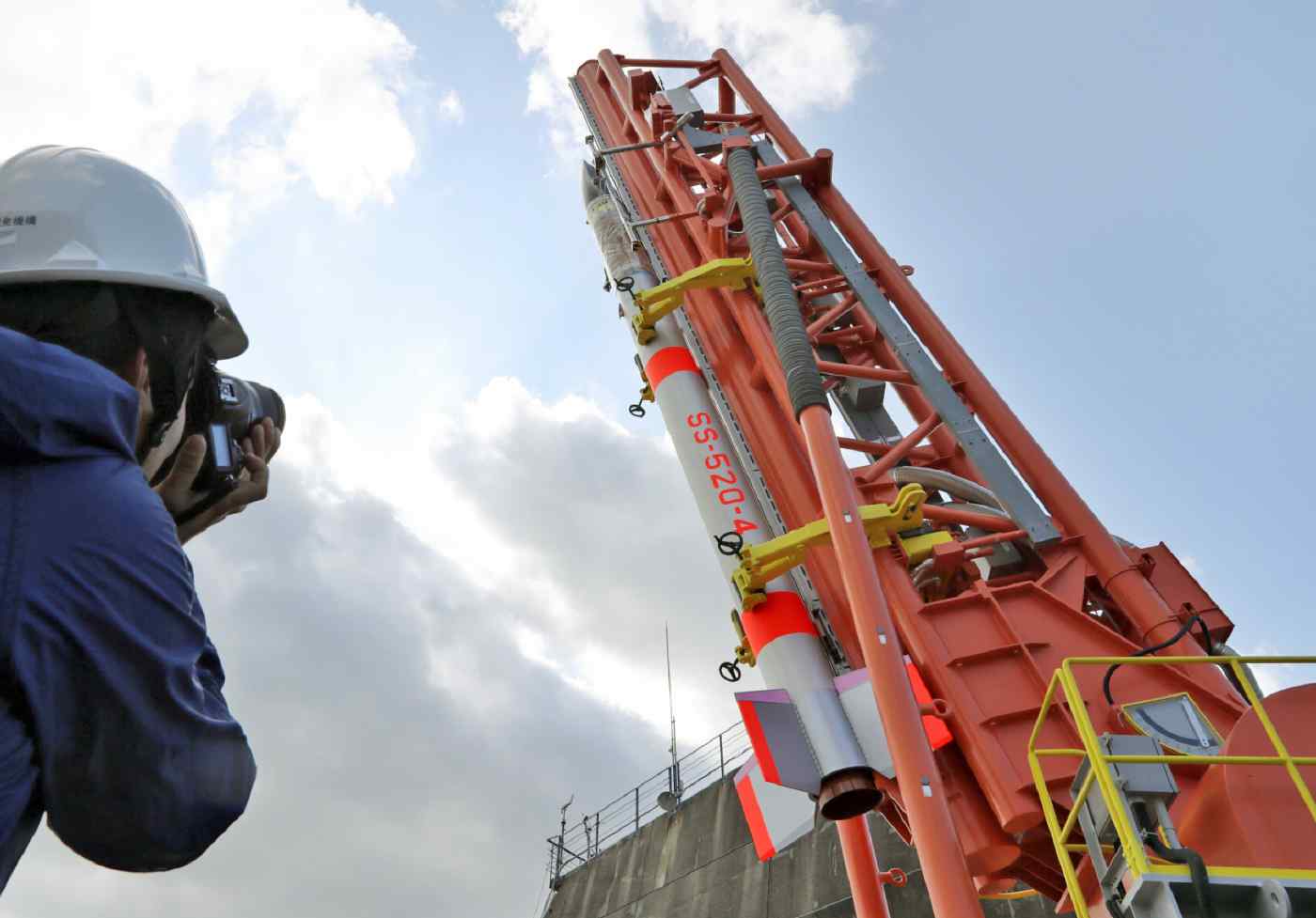 The mini-rocket, some 10 meters long and 50cm in diameter, was launched from the Uchinoura Space Center in southern Japan at 8:33 a.m. as scheduled. The three-stage rocket blasted off successfully, but transmission of data, such as the rocket's temperature and position, stopped during the first stage of the launch sequence.

The space agency, known as JAXA, decided to abort the second stage, due to the possibility of the rocket heading in an unexpected direction. The rocket is believed to have fallen into the ocean with the satellite on board.

"I am really disappointed," Hiroto Habu, an associate professor at JAXA who led the development of the mini-rocket, said in a news conference. "We will promptly look into what happened during the flight to identify the cause of the problem. Because the mini-rocket was built using different components and technologies, its launch failure won't have any impact on Japan's main rocket project."

The rocket, launched from the Uchinoura Space Center in southern Japan at 8:33 a.m., was later abandoned due to a communications problem.

Less than a fifth the size of JAXA's main rocket, the mini-rocket launched Sunday was touted as the world's smallest satellite launch vehicle. It was developed by modifying the existing SS-520 rocket, with the primary goal of testing the viability of low-cost rockets fitted with general-purpose electronic components, such as mobile phone parts.

Traditionally, use of specially built components is a major reason why rockets are expensive. With demand for ultracompact satellites weighing 100kg or less surging around the world, low-cost launch vehicles hold great commercial promise. Efforts are underway in the U.S., Europe and elsewhere to drive down costs by building rockets using mass-produced electronic components.

For JAXA's mini-rocket, Canon Electronics developed the computer, sensors and other flight control mechanisms. In addition to utilizing its know-how gained through development of cameras and multifunction printers, the Canon group unit tapped outside talent for help.

Some aerospace experts view the mere fact that a rocket based on consumer electronic parts passed a series of tests and blasted off as a sign of progress.

"We have been able to obtain a certain amount of knowledge through the steps leading to the launch," Habu said.

But others were more critical. "I do not recall many incidents where data communications failed during a rocket launch," said Akira Sawaoka, a rocket expert who serves as president of Daido University. "It's an elementary mistake."

The science ministry is expected to decide if low-cost rockets are worth pursuing further after examining a report from JAXA.

But Shinichi Nakasuka, a professor at the University of Tokyo who worked on development of the satellite on board the mini-rocket, said efforts should continue. "It is crucial that we keep moving forward and tackle our challenges," he said.