TOKYO -- At the 2015 Tokyo Motor Show in late October, Japanese automakers Nissan Motor and Toyota Motor showcased concept cars with autonomous driving technology, hoping to put them in showrooms by around 2020. 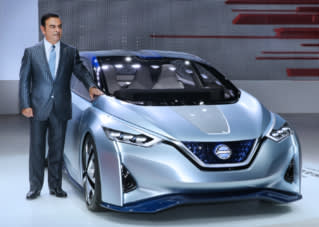 The cars are evocative of "2001: A Space Odyssey," a 1968 Stanley Kubrick film based on the novel by Arthur C. Clarke. One of the themes of the movie is the relationship between people and machines. Five astronauts are chosen to explore Jupiter in spacecraft controlled by HAL9000, a thinking machine.