TOKYO -- Mitsubishi Heavy Industries' wireless power transmission system is expected to have a broad range of applications, from transportation to offshore wind turbines. It may even make space-based solar power generation possible. 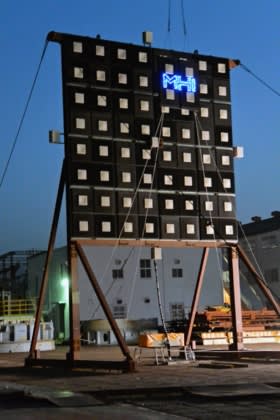 The Japanese heavy equipment maker said Thursday it has succeeded in transmitting electricity wirelessly in a Feb. 24 test at its Kobe Shipyard and Machinery Works in Japan's western Hyogo Prefecture.