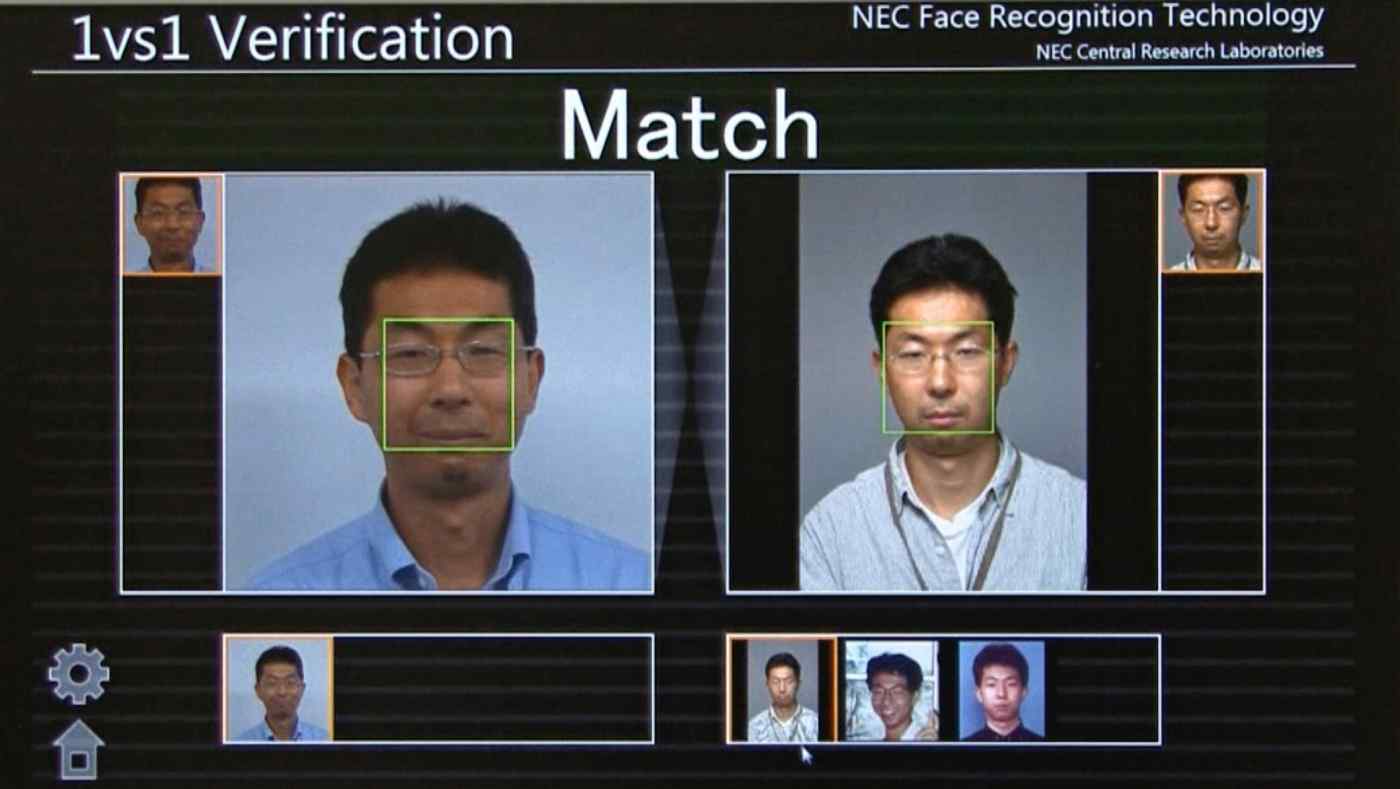 TOKYO -- The faces of nearly 500,000 travelers to Rio de Janeiro around the time of the Summer Olympics will fall under the gaze of airport security cameras linked to an electronic brain designed by Japan's NEC.

Rio de Janeiro International and Sao Paulo-Guarulhos International airports began using NEC's facial recognition system in the spring to be ready for the games. The technology captures faces via surveillance cameras and checks them against a photo database of felons and other people of interest. Officials are altered when a match is found.

The Japanese company beat rivals hands down in accuracy and speed during three trials in the U.S., a manager for NEC's Latin America group said. The system checked faces against 1.6 million photos in 0.3 second.

The company also provided it to control entry at Japanese athletes' news conferences during the Rio Olympics, letting reporters use their face in lieu of a press pass. NEC hopes the 2016 Games provides an opportunity for its security technology to shine, ahead of the 2020 Summer Olympics in Tokyo.