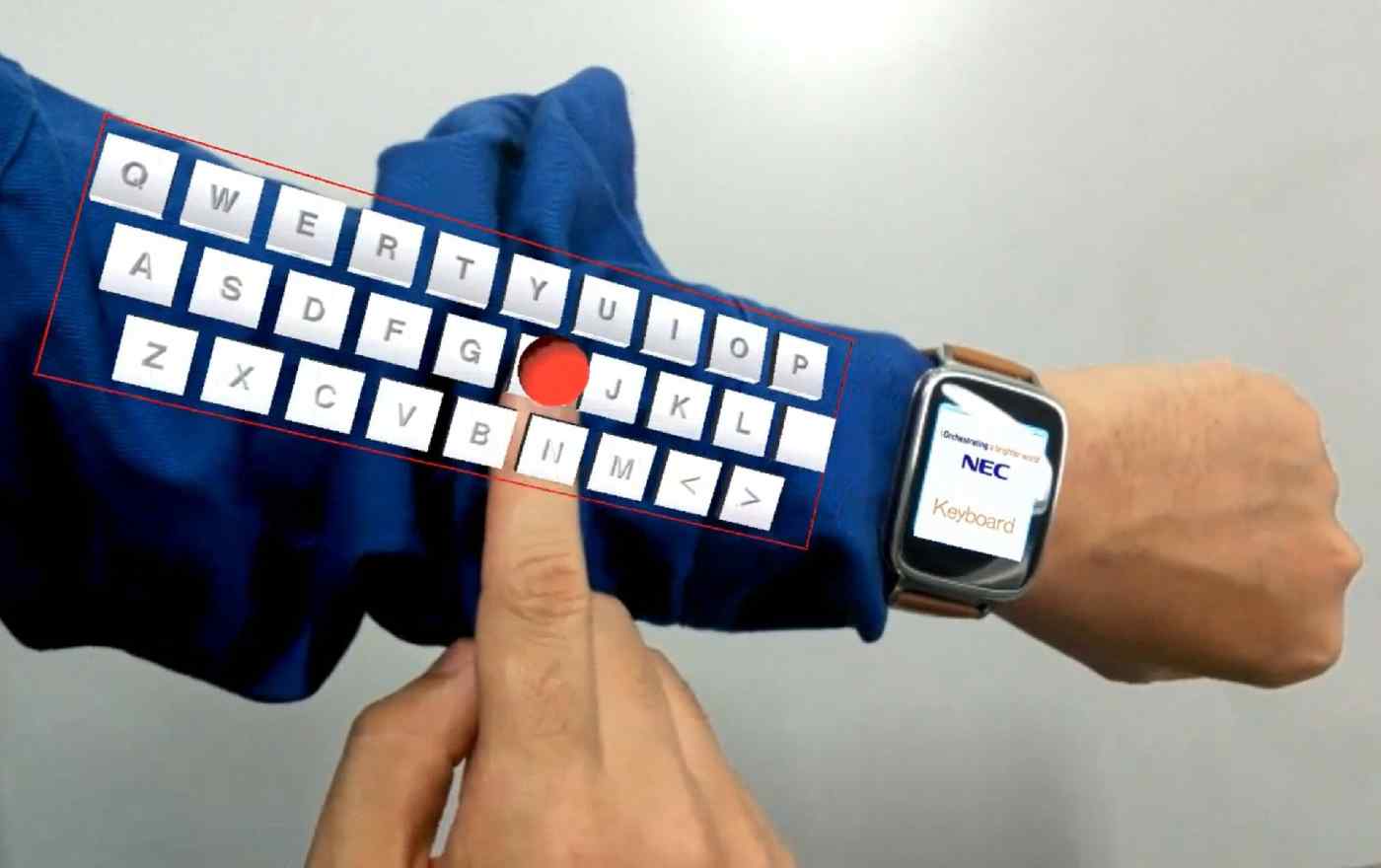 TOKYO --NEC has developed virtual keyboard software for use with an eyeglass computer and smartwatch, foreseeing use of the augmented reality technology in factories and hospitals.

The software works with other companies' mobile and wearable devices, allowing users to input data without connecting a bulky physical keyboard. The program runs by coordinating eyeglasses that have display cameras attached -- such as those made by Seiko Epson and others -- with smart watches like the Apple Watch, made by U.S. computer giant Apple.

Glancing at the watch through the glasses lets NEC's software determine the location of each device. The glasses then display a virtual keyboard, positioned to appear as though projected on one's arm. When one types on the keyboard with the other hand, the camera ascertains which key has been hit. Sensors in the watch detect subtle vibrations through the arm to register a keystroke.

NEC sees the technology being used in factories, hospitals and other facilities where workers wish to keep their hands as free as possible. Maintenance inspectors, for instance, could conveniently record temperature, pressure and other data, while medical workers could enter information into patient records on the spot.

Eyeglass displays have been used in a number of augmented reality technologies. But many previous data entry systems have relied on either voice commands or specialized input devices. Voice recognition is prone to error in factories and other noisy sites, while physical devices occupy one's hands, putting other work on hold.

The concept of augmented reality, or digital information overlaid on the real world, first emerged around 1990. But the limited processing power of computers back then kept it from being widely applied. The recent spread of smartphones, wearable devices and other technology has brought the idea back to the fore and into practical use. Software drawing on picture data from smartphones can already provide information about one's surroundings. Hitachi sells head-mounted displays that provide plant workers with instructions for various tasks and tools.

By presenting users with new chances to apply augmented reality technology, NEC hopes to carve out its own place in that emerging industry. The Japanese company plans to establish a framework this month to package and sell its new software, and hopes to rack up several tens of billions of yen in sales of related technology over the next five years.