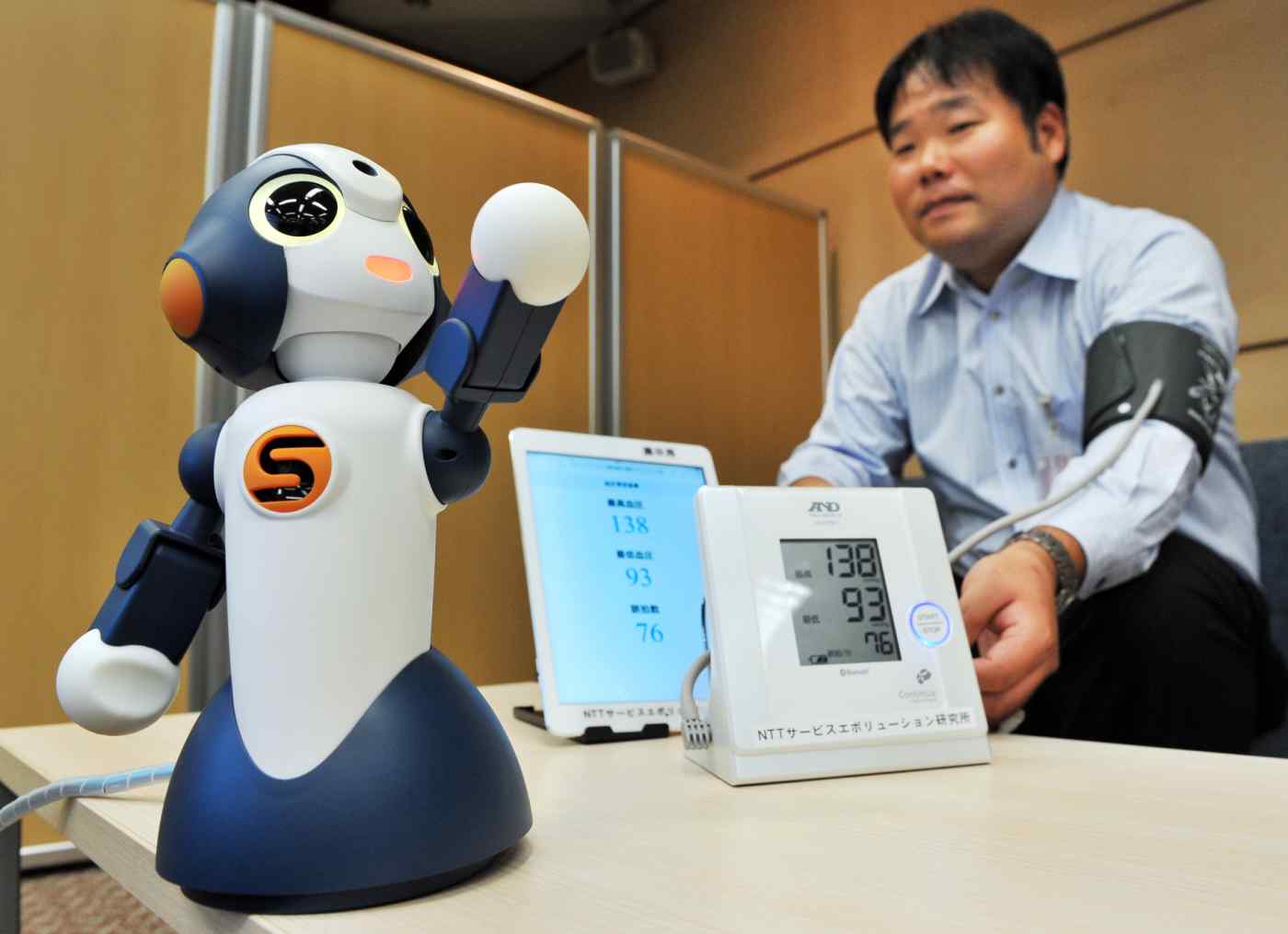 TOKYO -- Nippon Telegraph and Telephone will team with unit NTT Data to launch a new service employing a desktop robot that can talk and communicate with smart devices around the house, the Japanese companies said Tuesday.

They plan to target elderly care facilities initially and aim to get the service up and running by March. The robot, which is called Sota and can engage in some light conversation, was developed by Osaka-based Vstone.