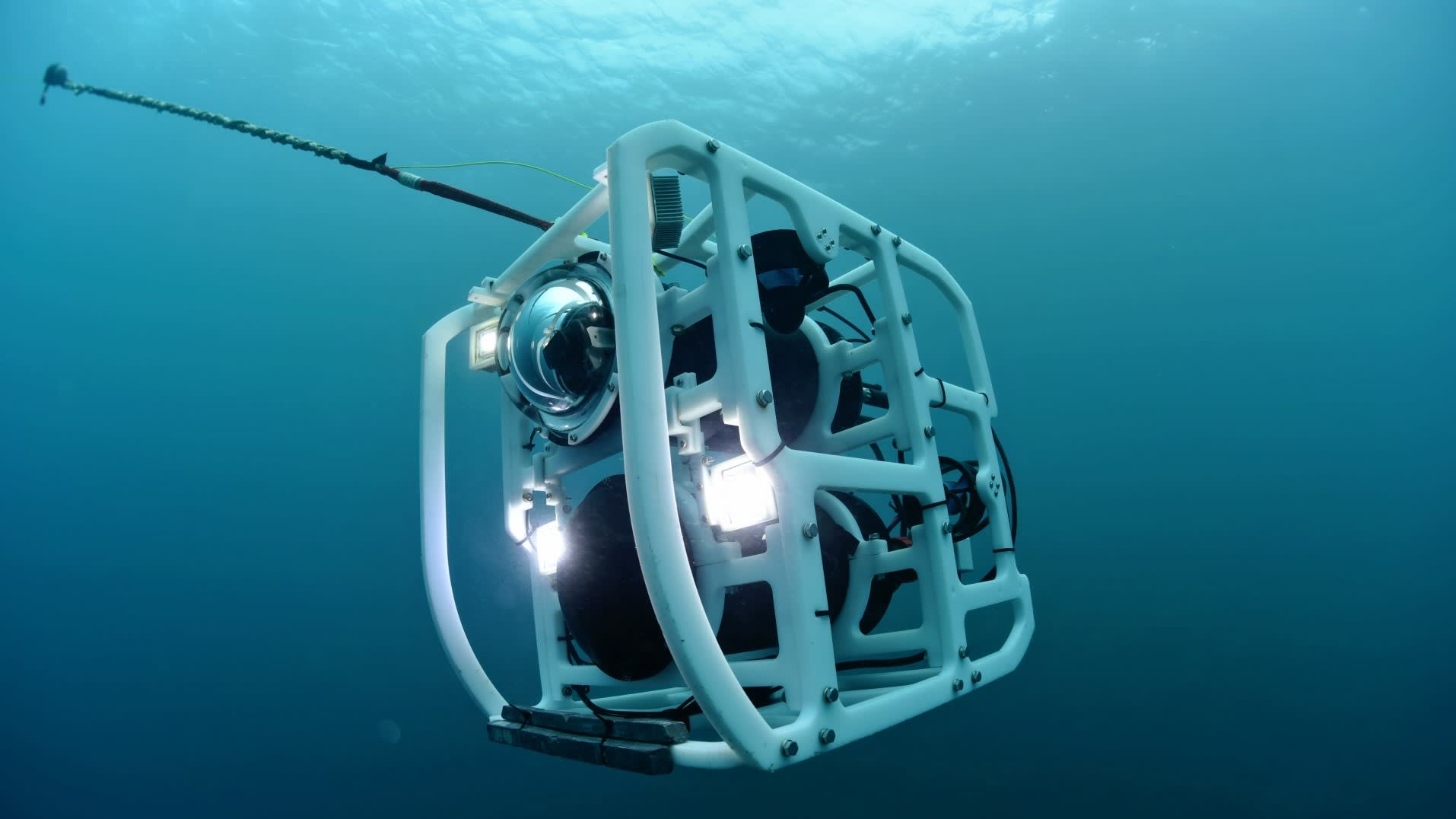 The TriPod Finder, developed by Tsukuba University startup Ambient Intelligence Technologies Lab, can operate at depths of up to 300 meters and up to four hours on a single charge.
YUMA IKESHITA, Nikkei staff writerFebruary 11, 2018 10:08 JST | Japan
CopyCopied

TOKYO -- A startup at a Japanese university is developing underwater drones that promise to make submarine surveys cheaper and easier than those performed by larger, conventional vehicles. Its deep-diving machine will also reach customers that manufacturers in China and the U.S. have missed.

Like their aerial counterparts, underwater drones have a wide range of applications, from civil engineering to leisure. The market is especially promising in an island nation such as Japan.

Ambient Intelligence Technologies Lab, a startup led by the University of Tsukuba, northeast of Tokyo, plans to begin renting out its TriPod Finder underwater drone in June. The device is expected to be used to perform inspections on dams, breakwaters, submarine cables and other infrastructure. The company will charge a daily rental fee of around 200,000 yen ($1,830).

There are underwater drones similar to TriPod Finder on the market, but Japanese manufacturers have lagged behind in this area. Chinese startup PowerVision's PowerRay drone, for example, was released in Japan last summer and has sold more than 50,000 units worldwide in 2017. The spaceship-shaped device can be held in two hands and operates at depths of up to 30 meters. It is aimed mostly at recreational users such as fishermen.

An underwater drone from BlueRobotics of the U.S. can operate at up to 100 meters below the surface. It is marketed as a tool for inspecting ship bottoms for damage. The TriPod Finder, which is designed to run at greater depths, is aimed at a different set of customers. 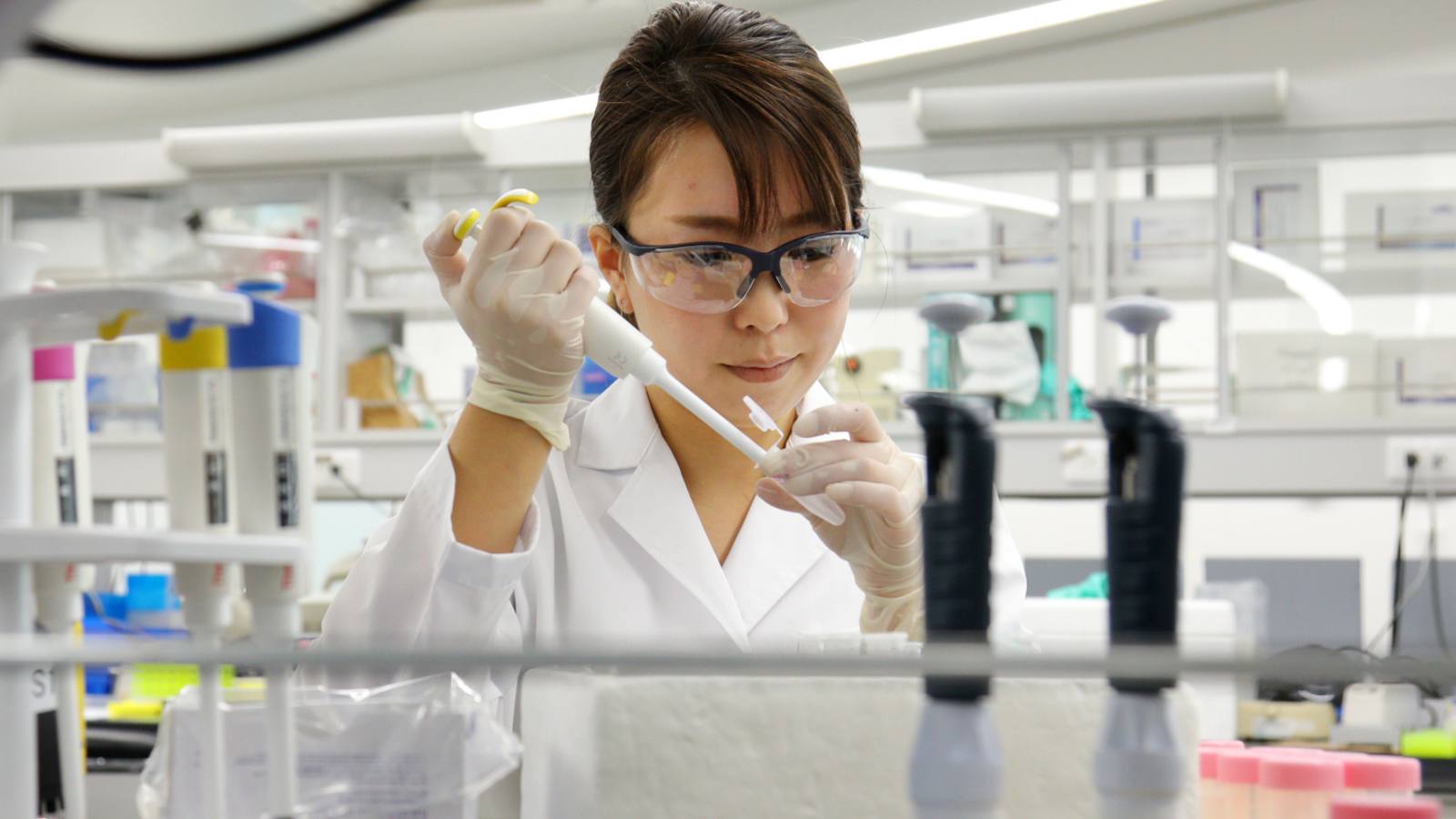 Large remotely operated vehicles, or ROVs, are often used for sea exploration, but "a single unit can cost at least 5 million yen," said Shohei Ito, president of Ambient Intelligence Technologies Lab. Those who cannot afford an ROV must rely on human divers.

Ito founded Ambient Intelligence Technologies Lab in 2014, while he was studying robotics at the university. The drone started out as a hobby project. Ito wanted to build an underwater vehicle for viewing deep-sea creatures, but when he began hearing complaints from marine biologists about the inconvenience of ROVs, he began thinking about creating a low-cost vehicle for underwater exploration. The idea grew into a business.

The TriPod Finder is 60cm long, 40cm wide and 50cm tall, and can operate at depths of up to 300 meters. While ROVs are typically powered by electricity running through a cable, the TriPod Finder is battery powered and can run for up to four hours per charge. The device is connected to a shipboard control panel via optical cable and steered with a joystick. Additional equipment, including robotic arms for soil sampling and zoom-lens cameras, can be attached.

The startup has already received inquiries from prospective clients. Ito calls the TriPod Finder an underwater drone because of the features it shares with unmanned aerial vehicles. It maneuvers with four rotors. It  has a number of other drone parts, including an accelerometer for attitude control. And like its airborne cousins, the TriPod Finder is designed to take photos and videos in places where it is hard for people to go.

Making images underwater can be tricky. The salinity of seawater varies with depth, which can change the way light bends in the water, affecting a camera's focus. The TriPod Finder's high-definition camera can adjust focal point on the object being photographed to compensate.

One way the TriPod Finder differs from aerial drones is how it determines its location. Because GPS does not work underwater, the device uses sonar.

Sonar is used to determine the distance to an object by sending out sound waves and measuring the time it takes for the waves to reach the object and bounce back. Three microphones attached to the vehicle determine the vehicle's direction. The sonar data, along with an image sensor, is used to calculate precisely the position of the vehicle.

According to Skywings, a dealer of PowerVision products in Tokyo, combined demand for aerial and underwater drones is forecast to rise fivefold, compared with 2016, reaching 12 million units worldwide by 2025. The share of drones used in agriculture, forestry and fishing is also expected to increase from 1% to 13% over the same period.

One potential snag for the underwater drone market is regulatory. Establishing rules is essential to prevent collisions with fishing boats, for example, and to keep them out of the hands of terrorists.