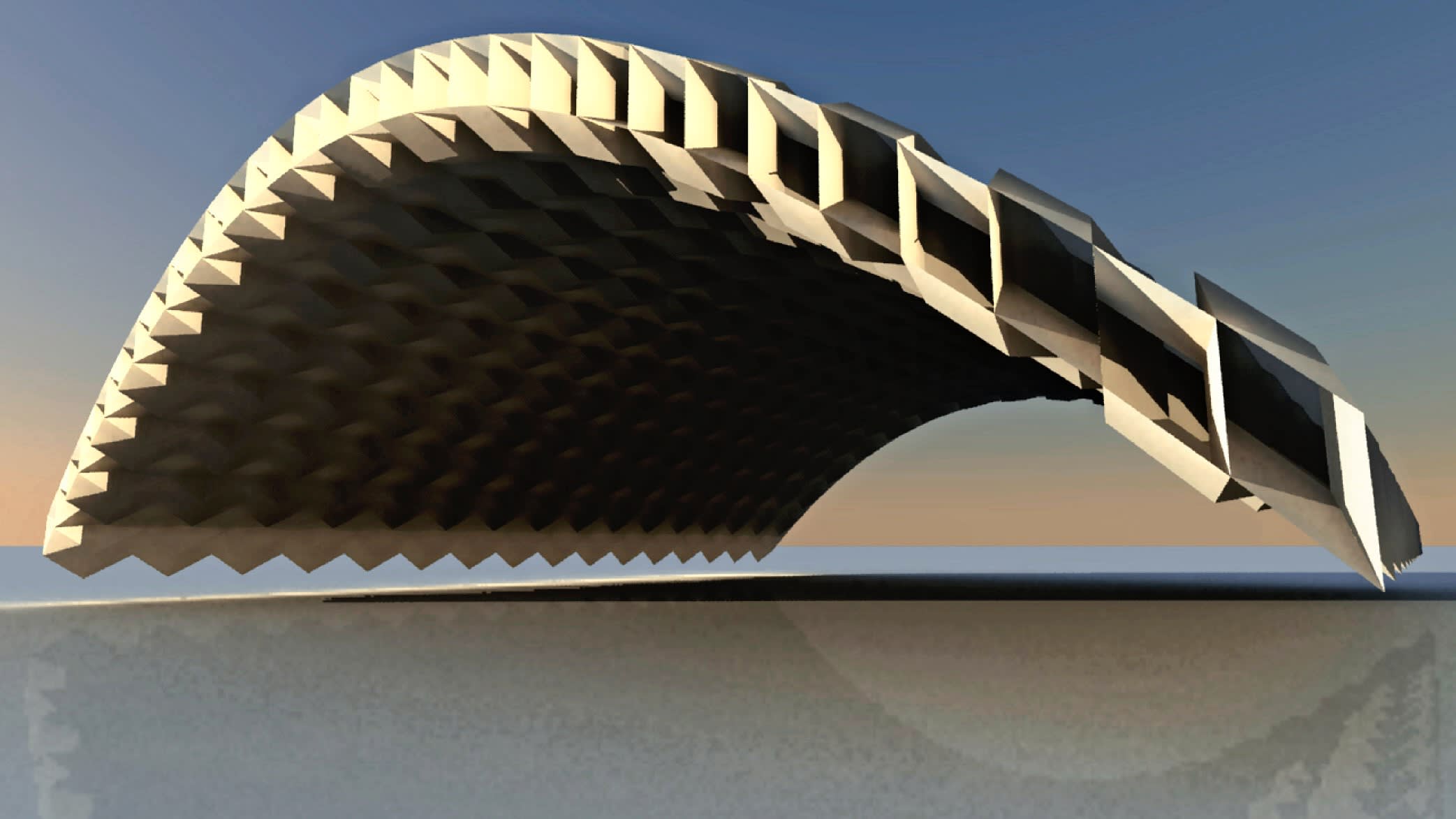 TOKYO -- Scientists are bringing out the practical side of origami. Inspired by the Japanese art of paper-folding, they have discovered structures that are extremely difficult to deform. Besides the obvious potential applications in architecture, these shapes could find their way into robotics and equipment for use in space.

Researchers at the University of Tokyo, the University of Illinois and the Georgia Institute of Technology have hit upon designs that, when extended, are significantly more rigid than conventional structures. The U.S. National Science Foundation is supporting research toward industrial uses.

Tomohiro Tachi, an assistant professor at the University of Tokyo, is working on developing special software that would allow companies to employ "origami engineering." It could be ready in two or three years. Origami engineering is producing strong new structures that expand uniformly. (Courtesy of the University of Tokyo)

He has already developed a program that can calculate designs for extendable structures created by folding paper. By making calculations on a computer, it is possible to create designs that take into consideration not just form but also movement -- such as elongating and contracting.

A lot of attention has focused on a design called the "Miura fold," conceived by University of Tokyo Professor Emeritus Koryo Miura, a pioneer in the origami engineering field. His pattern combines parallelograms; essentially, it entails folding paper into the shape of a bellows. This enables the creation of compact yet expandable objects -- from maps to panels for space probes.

Tachi created a prototype structure that combines a pair of Miura folds to form a tube. That is then combined with another pair. This makes deformation less likely.

Why two pairs? Tachi tested the rigidity of a lone tube and a combined tube and found that the combination of the two created a structure 100 times as rigid as, or 100 times less deformable than, a conventional shape.

The approach of increasing rigidity by combining two structures is not new. But this time, the goal was to find an extendable structure that is resistant to accidental deformations. Tachi's structure could be used for, say, robotic arms, which must be extremely rigid to avoid accidents.

Tachi has a host of possible uses in mind. "We are aiming for applications that can be moved and reused, such as foldable emergency shelters and portable pavilions," he said.

There are various ways to approach origami engineering. Using mathematics and computers, researchers are working on three-dimensional structures made from single sheets of paper. Progress is also being made on honeycomb-shaped structures, which might form the buildings and aircraft of tomorrow. Containers could be made of a number of triangular folds. And in the medical field, researchers are looking into using origami techniques for stents -- devices inserted into blood vessels to prevent obstructions. 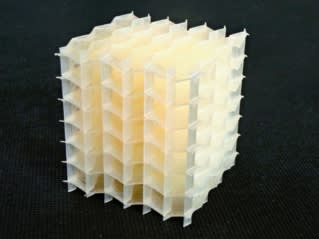 Origamizer, Tachi's design software, can automatically reverse-engineer folding instructions when an arbitrary three-dimensional shape is entered in the system -- be it a rabbit or a house. The software performs quantitative analysis so that neighboring surfaces touch one another when the paper is folded.

At present, the software's instructions are not compatible with difficult-to-deform materials, such as metals. But Tachi and his colleagues are also making progress on devising objects made from hard materials, and if they can create software capable of designing rigid structures that expand and contract, it should lead to further industrial advances.

The rise of 3-D printing could help, as well. These printers are capable of producing complex shapes -- like those designed through origami engineering.