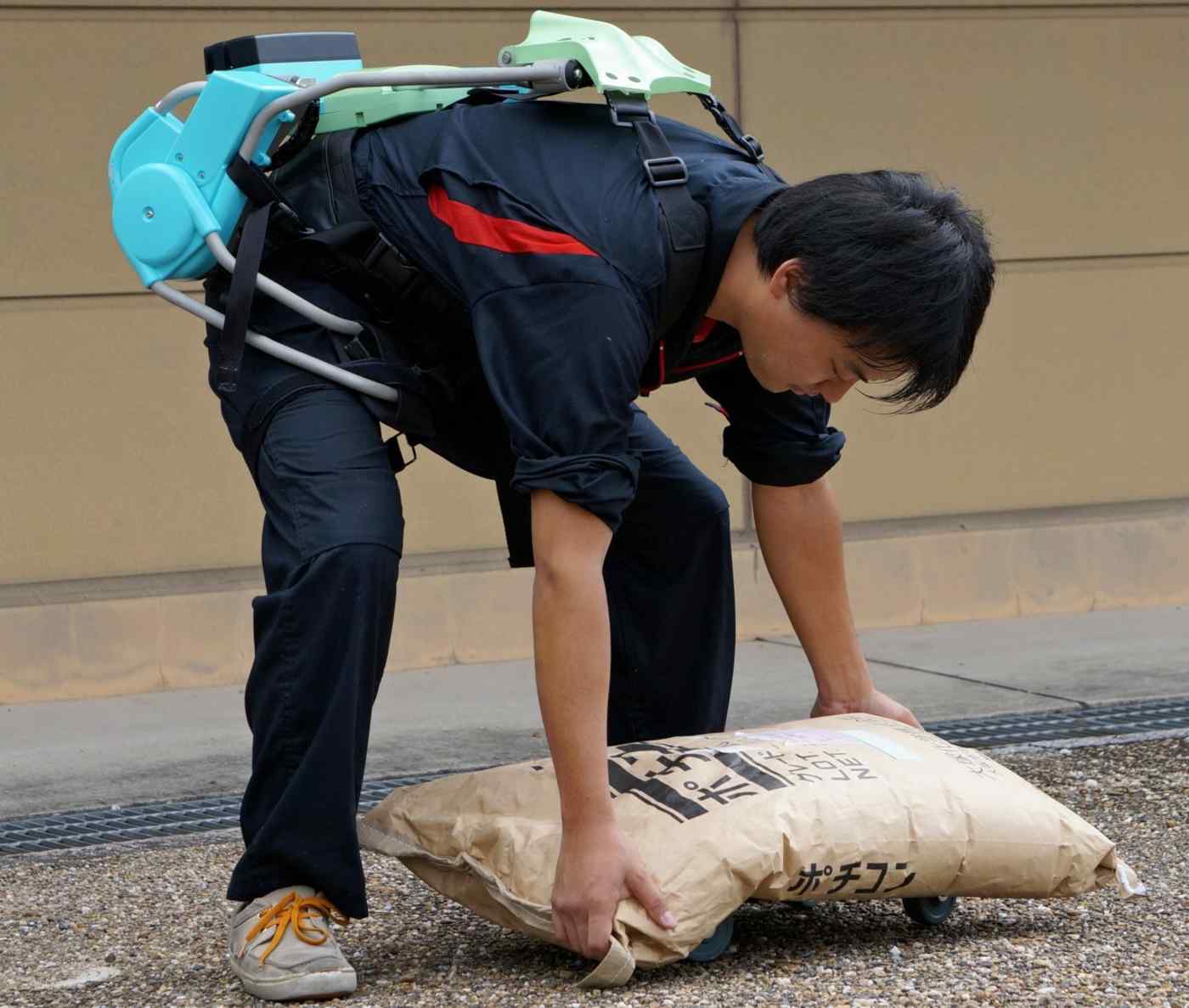 OSAKA -- Panasonic in September will start selling a wearable robot designed to help warehouse and construction workers lift heavy objects -- suggesting that its entry in the field may mark the dawn of a new robotics age.

The carbon-fiber exoskeleton weighs only 6kg and can carry up to 15kg. When the wearer bends down to lift an object, the suit's built-in motor kicks in and helps bring up the upper body, reducing strain on the back.

The suit, equipped with Panasonic's own motor and batteries, can operate up to eight hours on a single charge. The price will be around 1 million yen ($8,090). The Osaka-based company also plans to offer leasing for around 50,000 yen a month. Panasonic hopes to sell as many as 1,000 suits a year.

Panasonic is also working on a next generation of wearable robots for release by 2020, aiming at boosting lifting capacity to 80kg.

Activelink, a start-up launched by Panasonic in 2003, is responsible for development of the robot suits. General trader Mitsui & Co. holds a 20% stake in the Nara Prefecture company.

The market for wearable robots is still in its infancy, but competition is heating up with such entrants as start-up Cyberdyne -- best known for its products for nursing care and medical use -- and farm equipment maker Kubota. Demand is expected to grow as corporations increasingly consider robots amid a labor shortage.