Power-producing microbes may be 3 years away 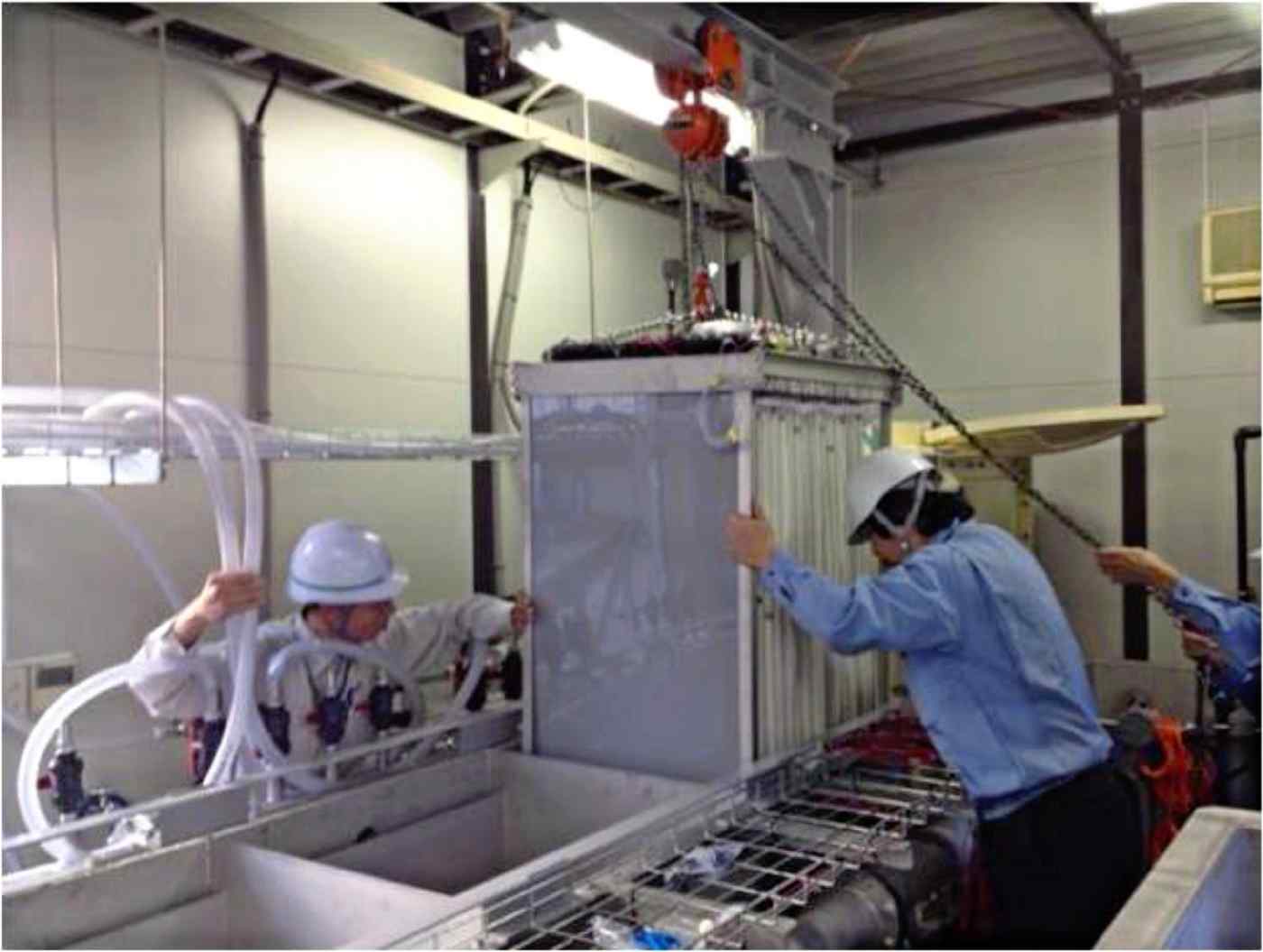 TOKYO -- Japan is moving closer to commercializing a wastewater treatment technology that uses a special species of microorganism to generate electricity.

The Geobacter species, which can produce power by itself, is touted as "a microbial fuel cell." It promises to significantly save energy in wastewater treatment. 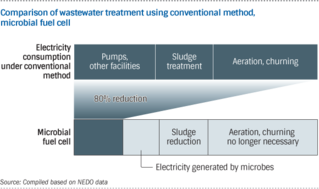 The technology is being developed under the sponsorship of the government-affiliated New Energy and Industrial Technology Development Organization, also known as NEDO.

The project is led by Kazuhito Hashimoto, a professor at the University of Tokyo, and involves private companies and academic institutions such as Sekisui Chemical, Panasonic, the Tokyo University of Pharmacy and Life Sciences and Osaka University.

The researchers are trying to commercialize the wastewater treatment technology at resin and other chemical plants.

Wastewater generated at chemical plants contains large quantities of organic substances such as ethanol. Conventional wastewater treatment uses something called the activated sludge method. This involves microbes consuming and decomposing organic substances. To keep the process going, these microbes need aerobic respiration. Therefore, aeration, which infuses air into wastewater, and churning of the wastewater are essential.

Aeration and churning devices consume a lot of power. That is part of the reason why wastewater treatment facilities in Japan use some 5.8 billion kilowatt-hours of electricity a year, or about 0.6% of the country's total electricity consumption, according to project participants.

In addition, the microbes eventually die after proliferating, creating vast amounts of sludge. Some 76 million tons of this sludge are generated every year, accounting for around 20% of Japan's overall industrial waste. Disposing of it also requires energy.

The technology now being developed involves Geobactor microbes. These proteobacteria are dubbed "electricity generating microbes" because of their ability to do electrode respiration, which means transferring electrons to the electrode, instead of needing aerobic respiration.

The electrons then move to the cathode, reacting with hydrogen ions and oxygen to generate water and creating an electrical current.

Wastewater treatment equipment can use this electricity as a power source. This means Geobacter microbes use less energy for themselves. As a result, they do not multiply as much, leaving less sludge to clean up and creating even more energy savings in the disposal process.

And since Geobacter microbes do not need oxygen, aeration and churning are no longer necessary.

The researchers say their technology can slash the energy needed for wastewater treatment by 80%, compared with the conventional method.

The NEDO project is scheduled to continue until March; commercialization of the technology is expected in three years.

But before that happens, project participants said, the researchers have to come up with a technology to mass-produce electrodes, make them larger, improve their power generation efficiency and establish a maintenance method.

A test run with large-scale equipment has yet to be carried out.

The technology is highly promising as its effectiveness has been confirmed in the treatment of ordinary sewage at a laboratory scale.