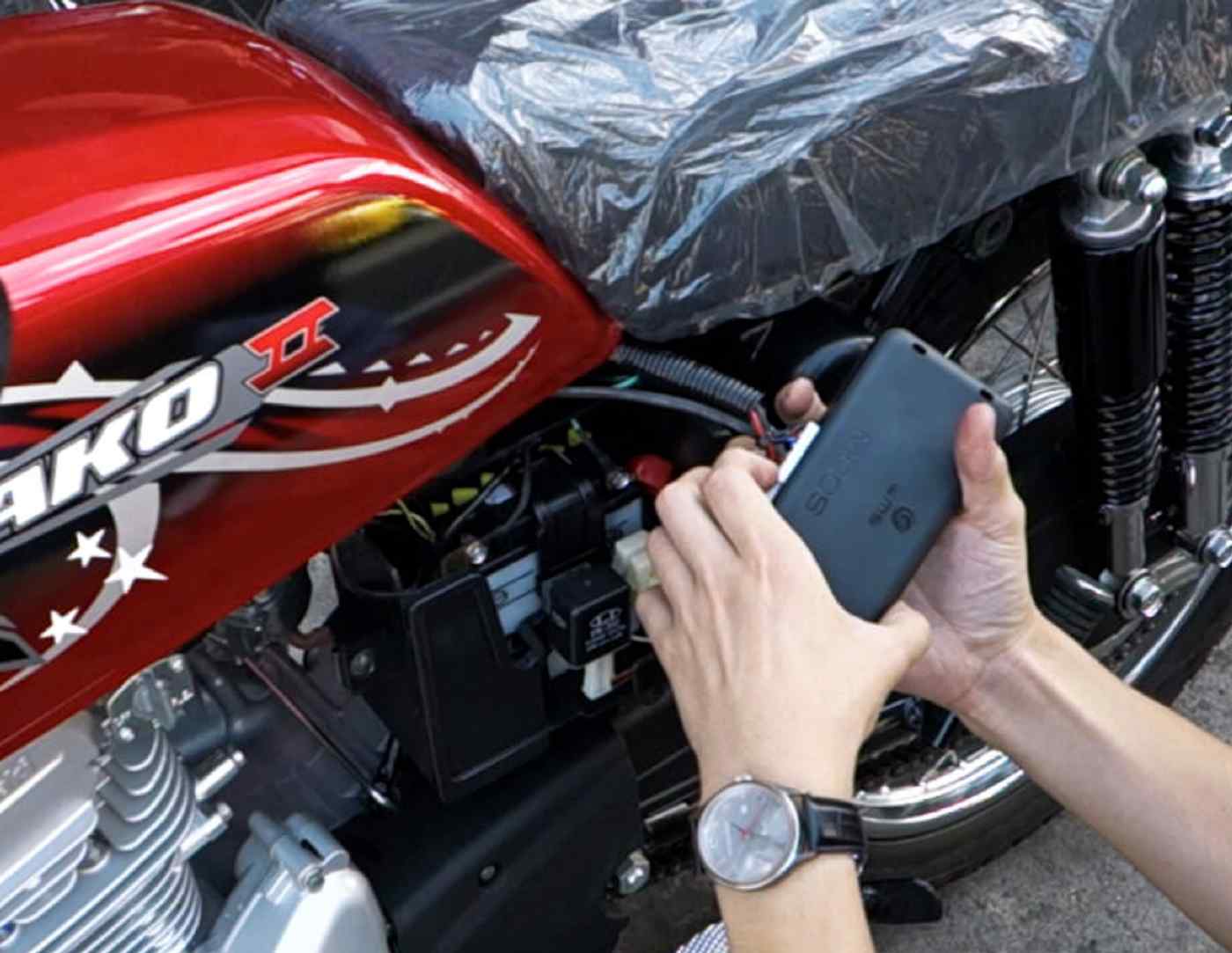 TOKYO -- Japan's Global Mobility Service is expanding its auto lease and loan services in Southeast Asia, which use information technology to remotely shut down the engines of cars whose owners are behind on payments.

The services have been introduced in the Philippines and will become available in Thailand and Indonesia as early as April, in cooperation with financial institutions.

A remote-control terminal developed by the information technology venture, named MCCS, short for Mobility-Cloud Connecting System, is installed in users' cars and track their payments. If a user fails to keep up with payments, the car's engine is disabled at a time when it is not running.

Shaped like a thicker version of a smartphone, the MCCS can be operated via low-speed mobile telephone communication networks and uses GPS navigation to locate each vehicle. Linked with a vehicle's engine, it can disable the engine wirelessly -- and also turn it back on once a payment has been confirmed. Trying to forcibly remove the device also results in the engine being disabled. The effectiveness of the service was confirmed in a verification test that began last summer. By April, it will also become available in Thailand and Indonesia, having gone through local verification tests last year. The service will not only reach Bangkok and Jakarta but also other cities and rural areas. It will cover new and used cars as well as farm and construction equipment. Middle-class consumers in the two countries are expected to be the service's main customers.

While Global Mobility owns cars that it provides to customers in the Philippines, it will not do so in Thailand and Indonesia. Instead, it will only offer, in principle, the remote-control service.

Rates for Thailand and Indonesia have not been disclosed. The service's three-wheeled taxi business in the Philippines charges users around $35 a month.

By teaming up with electric companies and telecommunications providers, the service will allow users to pay their monthly bills at the cashier's windows where they pay their utility bills -- the same method used in the Philippines.

Most of the increase in automotive demand around the world is expected to come from emerging economies, such as Southeast Asian countries. The growing adoption of cars helps people move around more freely, encouraging economic growth.

For consumers who would not otherwise qualify for loans, the benefits of being able to possess a car by using IT are enormous. According to Global Mobility, 26 million credit checks a year result in car-loan applicants being turned down in Southeast Asian nations and India. That is four times the number that are approved, and five times the number of new cars sold in Japan in 2016.

Global Mobility was founded in Tokyo in 2013 by Tokushi Nakashima, the company's president. Before setting up the company, he used to face obstacles trying to sell three-wheeled electric vehicles in the Philippines. Some people in the country told him they could not get their hands on a car due to rigorous screening of loan applications.

The company's service was a direct result of this.