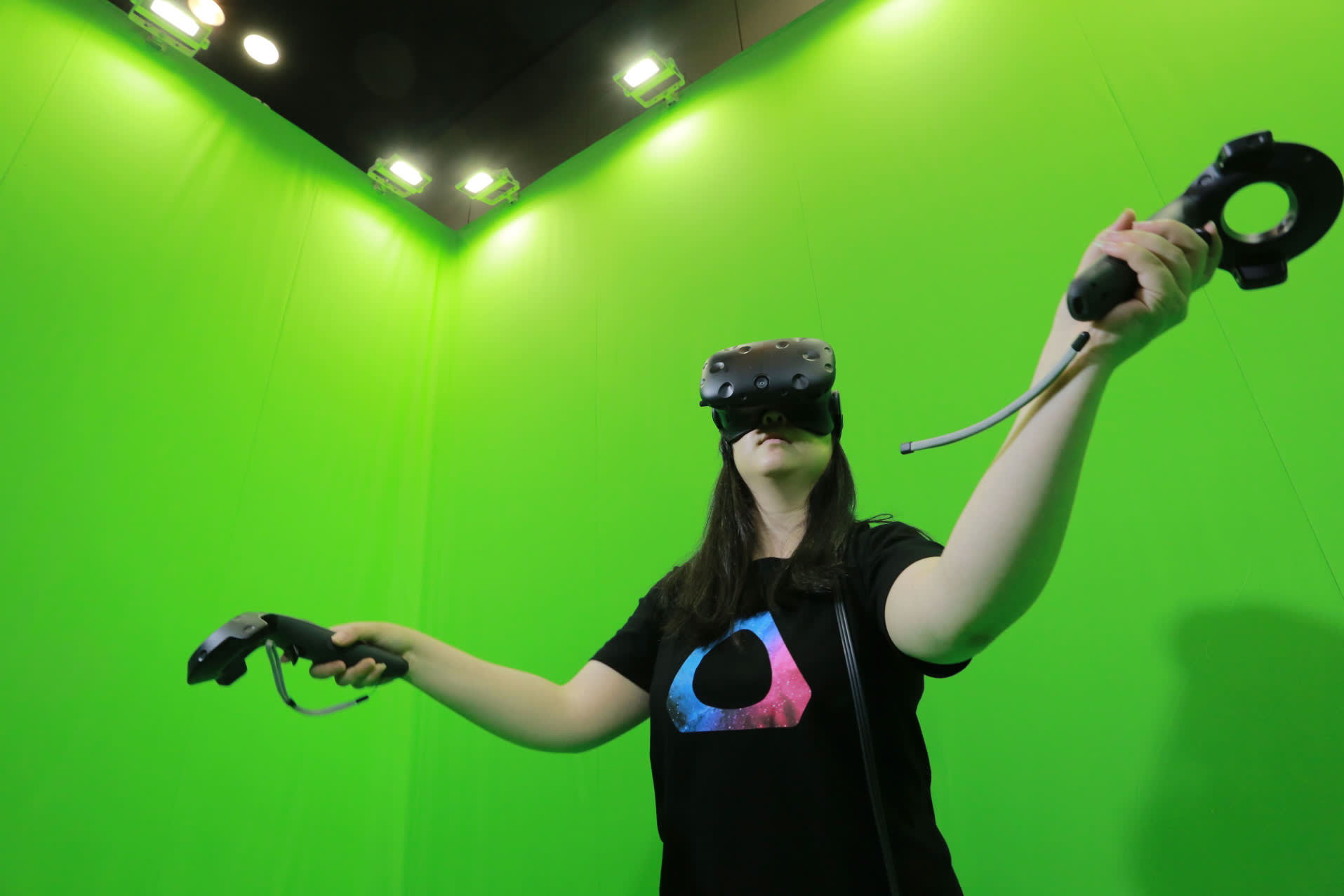 HTC launched sales of its Vive headset in Japan Thursday. By working with PC retailer Dospara and others, the product has now been made available at 36 stores across Japan. HTC's Raymond Pao expressed enthusiasm, saying the company sees a major business opportunity.

Worn like goggles, the Vive offers a "walking" virtual reality experience, using sensors for tracking movements within an area of roughly 5-by-5 meters. Compatible software Google Tilt Brush lets the user draw and paint in 3-D in the thickness and color of choice. When making artwork while moving about, it's easy to forget that the creation is not real, as this reporter did.

The rise of virtual reality technology owes largely to the explosive popularity of smartphones. Now that electronic components are available at low prices, hardware can be produced inexpensively.

Oculus VR, a unit of U.S. social networking giant Facebook, became the first to release a headset when it debuted the Rift in March.

Japan's Sony group is slated to introduce the PlayStation VR in October. On June 18, when preordering began in Japan, some 500 people lined up in front of a major retail store in Tokyo's Akihabara electronics district. Quantities earmarked for preorder were immediately sold out. A second batch will become available soon.

Among the new products, the PS VR is said to have the strongest prospects because it works with Sony's popular PlayStation 4 game console. With the headset priced at 44,980 yen ($446) before tax, the whole set of required hardware -- including the console and a special camera -- can be purchased for less than 100,000 yen.

HTC's Vive and Oculus' Rift are pricier, at 99,800 yen before tax and 83,800 yen after tax, respectively. And they require a high-performance personal computer. That pushes the price tag for the total package above 200,000 yen.

In Japan, limited space in people's homes may prevent the Vive from flourishing.

But Sony cannot be complacent about the advantage it may enjoy, because the real battle has yet to begin and rivals innovate fast. Content lineups will be vital in determining the success of hardware. HTC has announced an aggressive investment plan for acquiring content.

Facebook founder Mark Zuckerberg has indicated that virtual reality will be the next frontier after smartphones. Some estimates have the market ballooning to 7 trillion yen in 2020.