The big surprise inside the iPhone X 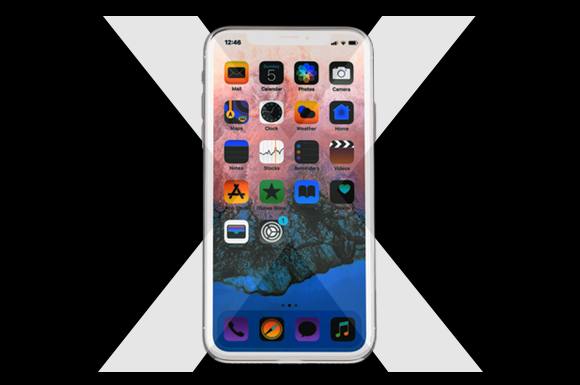 TOKYO -- When some of us recently took a look inside the iPhone X, we gained some insight into where Apple plans to take the smartphone. We also found something that some adults might remember from junior high school shop class.

As we thought, the circuit board has been split up so that one part can be stacked on the other. The most noteworthy characteristic of the iPhone X, at least from a dismantler's perspective, is the structure of this board. All models up through the iPhone 8 Plus, released in September, had a single-deck main board. The iPhone X's board looks more like a two-story home. The main board controls a smartphone's functionality. It holds the processor -- essentially the brains of the device -- the flash memory and a slot into which a SIM card is inserted. So why did Apple decide to use a two-story main board?

The iPhone X does away with the home button, that circle at the bottom of every iPhone until now, in favor of facial recognition technology. The device unlocks itself when it identifies its owner's face with the help of a near-infrared camera. This is more instantaneous than pressing the home button, which reads fingerprints, and much less laborious than entering a password.

The facial recognition technology also makes use of other new sensors and software. As a result, the iPhone has more components. How to cram them all into a hand-held rectangle? The prevailing theory in the rest of the smartphone industry was that Apple used a two-layer main board. The rest of the industry was right.

No doubt Apple will add more functions to iPhones down the road. Much of the rest of the smartphone industry believes this also helps to explain why Apple turned to piggybacking sections of the main board for the iPhone X. Now it not only has a method but the expertise to cram large numbers of components inside something buyers hold in one hand.

But adding more functions and components also meant that Apple would need a bigger battery. But where to put it?

With the two-story construction, Apple reduced the main board's footprint by 20% -- and created enough space for a second battery.

Moving on, the thin, bendable layer of organic light-emitting diodes that are the iPhone X's new display offers crisper image quality than an liquid crystal display screen. But OLEDS can consume a lot more power than LCDs. Moreover, the diagonal of the iPhone X's OLED is 5.8-inches -- larger than the 5.5-inch LCD on the iPhone 8 Plus.

That second battery was needed to enable uninterrupted use for extended periods. The lithium-ion battery in the iPhone 8 Plus has a capacity of 2,691 milliampere-hours, which allows the phone to play video content for 14 hours. While the iPhone X batteries' milliampere-hours have been increased to 2,716, the unit has an hour less playback time per charge, according to Apple. The difference would be more had the main board not been sectioned off and stacked.

Minatake Kashio, a director at Fomalhaut Techno Solutions and an expert in the inner workings of smartphones, has taken note of where Apple is going. "They have likely foreseen that biometric authentication and other sensors that further raise power consumption will be included," he said.

Double-decker circuit boards and second batteries, however, are expensive. So someday Apple could go back to one-story designs. This could be made possible by advances in the miniaturization of electronic components.

Meanwhile, engineers at a circuit board material maker could not hide their surprise upon seeing how the two layers are connected. Some expressed their shock that, in the words of one, "Apple would use such a classical approach."

That approach is soldering. Apple soldered the two levels together. Typically, pieces of a circuit board are joined by components known as connectors. This approach requires less effort. However, it also necessitates space for wiring.

Given the tight spacing inside a smartphone, densely packed components are a necessity. Apparently Apple decided to use the technology of a bygone era because soldered connections are highly reliable and allow the amount of superfluous space to be reduced.

Let's move on again and take a look at where the parts are made.

The OLED comes from South Korea's Samsung Electronics, and the near-infrared camera uses components from companies such as Swiss semiconductor producer STMicroelectronics, according to Kashio.

Sharp and Japan Display, which have been supplying the iPhone's LCDs, have lost out.

But other Japanese companies continue to propel the iPhone into the future. The camera's image sensors come from Sony, the touch panel from Nissha and the resin multilayer substrate from Murata Manufacturing. In addition to SanDisk, flash memory products from Toshiba are also reportedly being utilized.

"When it comes to miniature components, like resistors and capacitors that store electricity, Murata and Rohm have a near monopoly, while TDK and Alps Electric are exhibiting strength in areas such as the camera's image stabilization and autofocus features," Kashio said. The Fomalhaut Techno Solutions director estimates that around a third of the roughly 1,300 components inside the iPhone X are made in Japan.