The future home is where the hydrogen power generator is 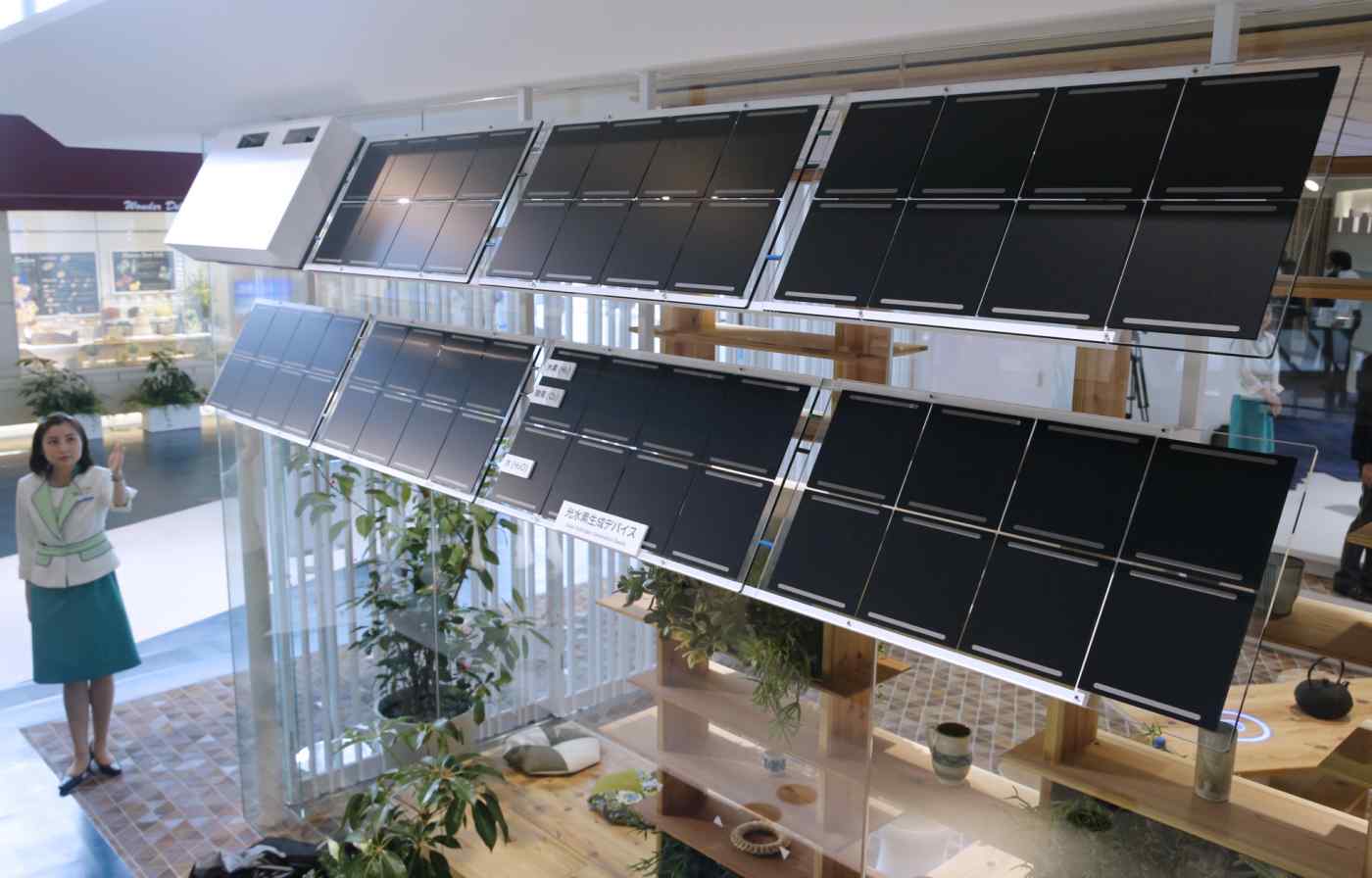 OSAKA -- Panasonic is developing a household fuel cell system using hydrogen that can power homes and vehicles. It is doing so in part to help the government create a "hydrogen society."

The company aims to have a hydrogen generation system market ready by around 2030 to replace solar batteries.

"We are committed to developing technology that can play a part in the household hydrogen-based infrastructure," Yoshiyuki Miyabe, Panasonic's senior managing director in charge of technology, said July 3 in Tokyo.

Water is made of hydrogen and oxygen. The conventional electrolysis method for splitting water costs money as it uses electricity. Hydrogen does not produce carbon dioxide when it is burned, making it a clean source of energy. But when hydrogen is produced from water by using electricity, it is not as clean.

To lower costs and become greener, Panasonic centers on photocatalytic water splitting. Sunlight helps to trigger a photocatalytic reaction and split water into hydrogen and oxygen. The company plans to install panels on house rooftops for power generation through the process.

Photocatalytic water splitting has so far worked only under ultraviolet sunlight. Only a slight amount of UV light is contained in the sun's rays. Therefore, the company has developed niobium nitride-containing catalyst films, which can produce hydrogen by reacting to visible light rays. Visible light has the largest amount of energy among the different rays of the sunlight.

Reserves of niobium are plentiful, and there are lower risks of unstable supply and price fluctuations when compared with silicon. Moreover, the use of niobium helps simplify the hydrogen production method, which is expected to lower production costs as well. "We hope that our technology will be able to generate enough hydrogen to meet all household energy needs with our rooftop panels in the future," said Kazuhito Hato, general manager of Panasonic's hydrogen production and storage technology research department.

Currently, fuel cell batteries are equipped with a device to extract hydrogen from gases. But Panasonic is developing a new type of fuel cell battery that uses hydrogen directly. This will help cut gas costs.

For years, Panasonic has been a leader in renewable energy use and the development of energy-saving technology for households. The company has decided to invest in increasing solar battery production, for instance. Now, it also aims to join the government-led "hydrogen society" initiative.

In the hydrogen energy business, many companies do research and development in the "upstream" sector -- finding ways to mass-produce hydrogen from oil and natural gas or generate large volumes of electricity through hydrogen imports.

Panasonic's focus is on the "downstream" sector, or households. Even though each household is small in size, the customer base is broad in this sector. The company can also expect its hydrogen work to have benefits for its homebuilding and consumer electronics businesses.

Yet, there is a long road ahead. Fuel cell batteries are gradually coming into wide use in Japan, but fuel-cell vehicles have been released only recently. As such, the use of hydrogen energy is still in its infancy. The company faces a number of hurdles, such as how to raise photocatalyst's hydrogen production efficiency and durability as well as how to safely store the produced hydrogen.

"We hope to create a business worth about 1 trillion yen ($8.09 billion) by 2030 in three areas -- water, hydrogen and air," said Panasonic President Kazuhiro Tsuga, who hails from the company's R&D department.

In the past, Panasonic conceived the idea of developing blue light-emitting diode, but the company failed to properly judge the LED's business potential. To not repeat the same mistake, Panasonic needs a lot of patience to turn its hydrogen energy technology into a viable business.