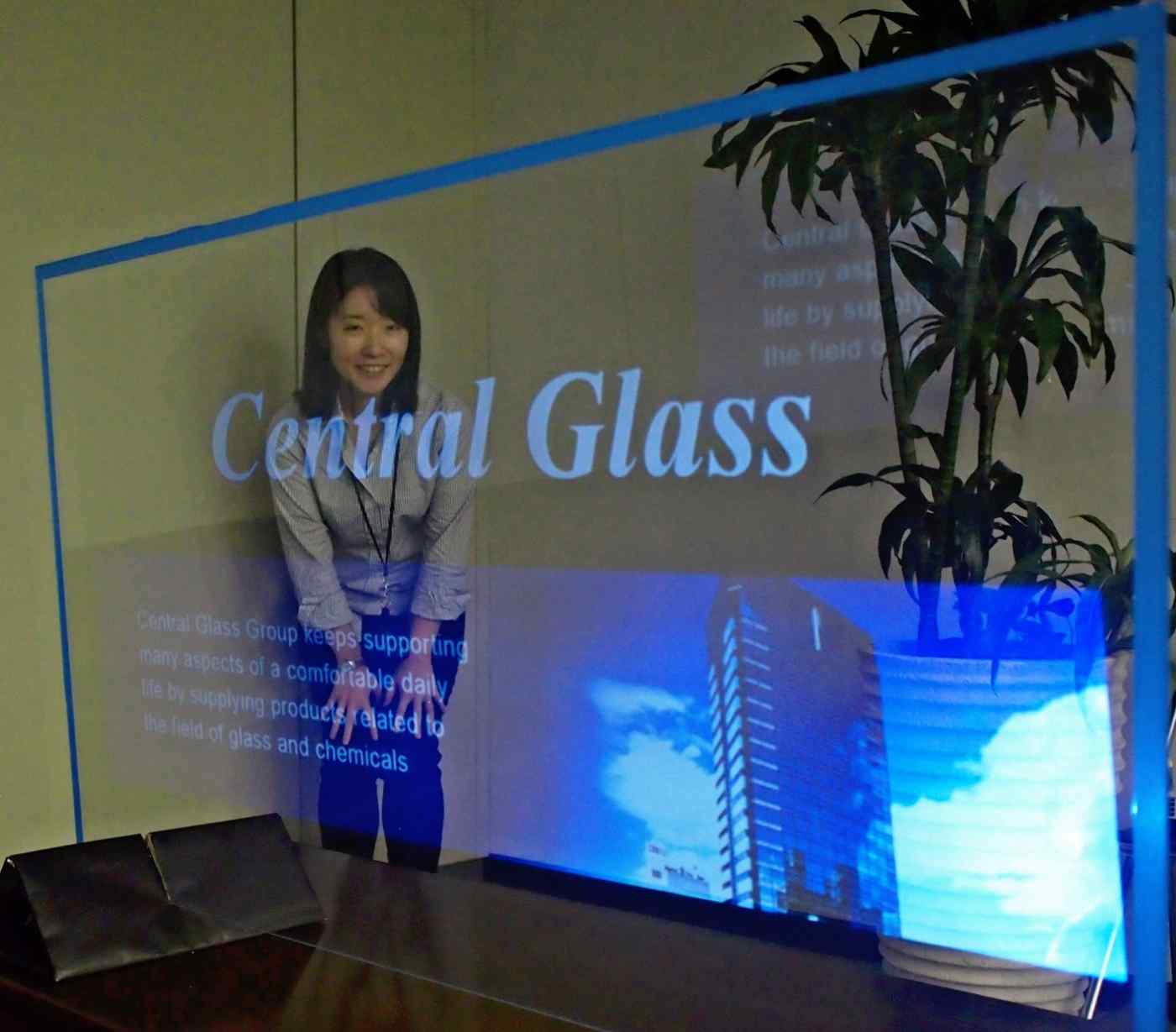 TOKYO -- Central Glass has developed a way to make projected images look sharp on windows, providing an alternative to digital signage for advertising and other applications.

To create glass that can serve as a projection screen, the company bakes diamond particles processed by Tokyo-based Vision Development onto the surface. The diamond's high ability to refract light means that images appear clearly on glass so treated, even when projected laterally to the surface. This approach makes for more distinct images and costs less than coating windows with special films, according to Central Glass.

Windows made with the diamond-coated glass could serve as virtual signboards on shops, restaurants, office buildings and other structures. The Japanese company, which logged 199 billion yen ($1.65 billion) in group sales last fiscal year, aims to be selling several billion yen worth of the material annually in three years' time. It sees the glass being used in redevelopment projects in the lead-up to the 2020 Summer Olympics here.