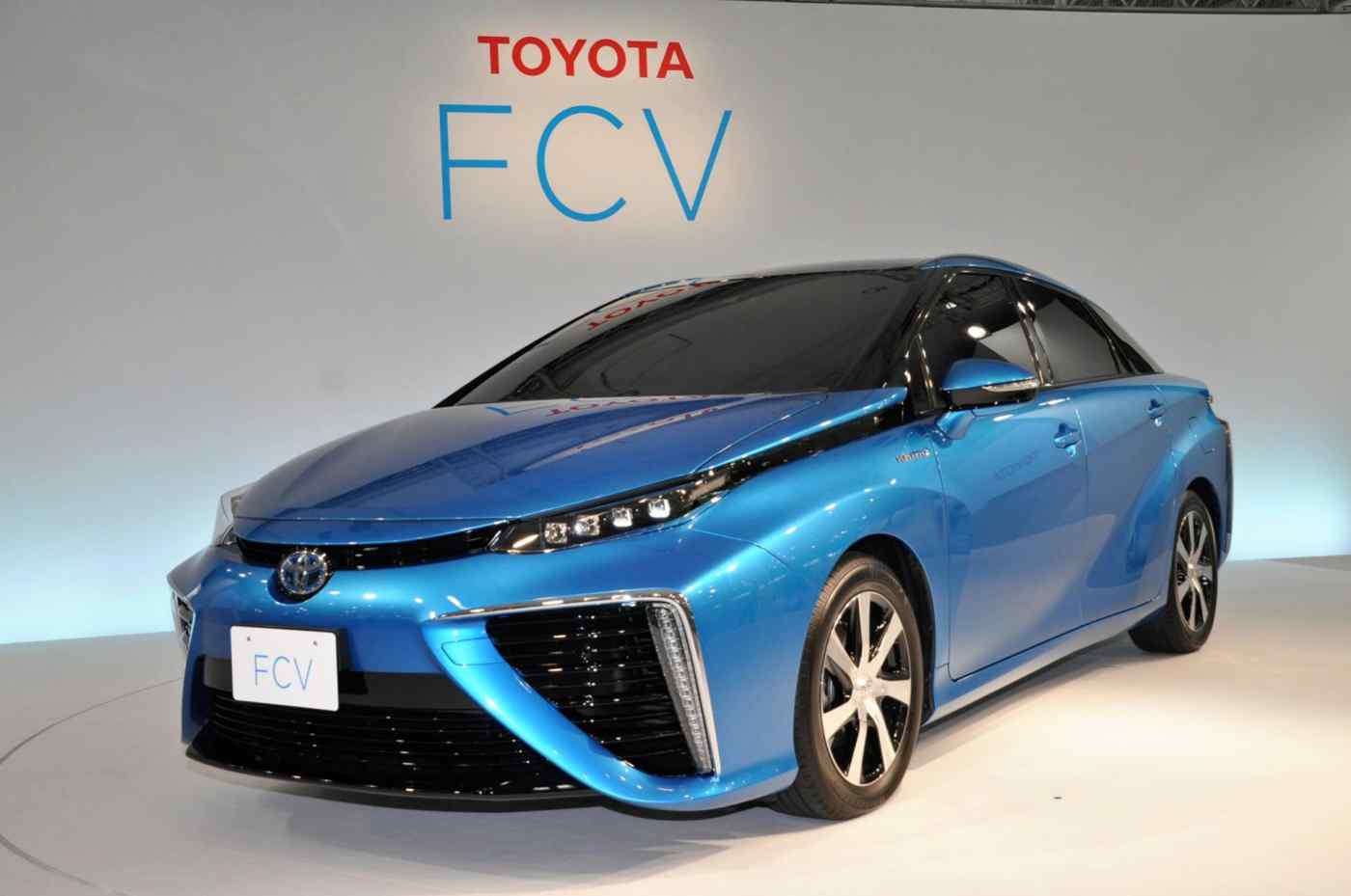 Toyota is going to launch the Mirai, a fuel cell-powered vehicle, by the end of this year.
October 5, 2014 13:00 JST | Japan
CopyCopied

TOKYO -- Flying cars have long been the stuff of science fiction. But Toyota Motor is quietly toiling to bring them into reality.

The technology Toyota is working on is said to be similar to the propeller system that lifts hovercrafts. Exact details, however, are shrouded in secrecy.

"If cars could fly," a team engineer explained, "perhaps crashes could be avoided. This project is part of our efforts to produce safe vehicles."

Toyota is a pioneer of producing environmentally friendly vehicles. It was one of the first to market a hybrid car, powered by both gasoline and electricity, and is also pioneering the use of hydrogen fuel cells in cars. Now it is setting its mind on developing accident-resistant cars.

Toyota decided to act after looking at a cause-of-death survey by the World Health Organization. The survey shows road injuries as the ninth-leading cause of death in 2004. But the WHO forecasts vehicular accidents to move up to No. 5 by 2030.

"We may soon be blamed for being a major cause of death," a Toyota official said.

Toyota, the world's largest automaker in terms of sales, feels a sense of urgency on the issue.

Its concern has already prompted it to develop self-driving technology. Toyota has been experimenting with a self-driving prototype on Tokyo roads to determine whether it can cope with the city's meandering roads and heavy traffic. The car is inching closer to commercialization.

"We have an edge in self-driving technology, along with Google of the U.S.," a senior Toyota official said. The company expects self-driving cars to help reduce driver-caused accidents.

Toyota tops other Japanese companies in terms of research and development spending, which will come to 960 billion yen ($8.75 billion) in fiscal 2014. That big amount by itself is not enough to make Toyota competitive. Staying ahead of the industry also takes perseverance.

In Toyota's system, innovation is born out of the collective endeavor of its engineers, rather than from a single prodigy's brainstorm.

The project took off in the 1990s, but the idea can be traced back to Toyota's founding. In 1925, founder Sakichi Toyoda offered 1 million yen in prize money to anyone who develops a small yet high-capacity storage battery to power an airplane. After nearly a century, the so-called "Sakichi battery" is finally coming into reality.

"We want to develop electric vehicles that do not require battery-charging," said Hideki Iba, head of Toyota's battery development team. "Existing automobiles could disappear in the future."

Toyota, Japan's largest battery developer, will be well-served by its battery R&D efforts regardless of what shape the cars of tomorrow take.

The world's first mass-produced car, the Ford Model T, helped to motorize both the world and a century's worth of economic growth. Though cars have significantly enhanced people's livelihoods, they have also wreaked havoc on our planet. And they have oftentimes been deadly. Now, with consumers in emerging economies buying the majority of the more than 80 million cars that are sold every year, Toyota wants to reduce the automobile's negative impact.

Sakichi Toyoda used to stress the importance of staying ahead of the times. Akio Toyoda, Toyota's current president, keeps this in mind. "It's time to sow the seeds of future growth," Akio said.

In Japanese, mirai means future. Mirai is also the name of a fuel cell-powered car Toyota is going to release by the end of the year. Soon it might also mean no harm to people.