Unlocking the secrets of nature's nanomotor 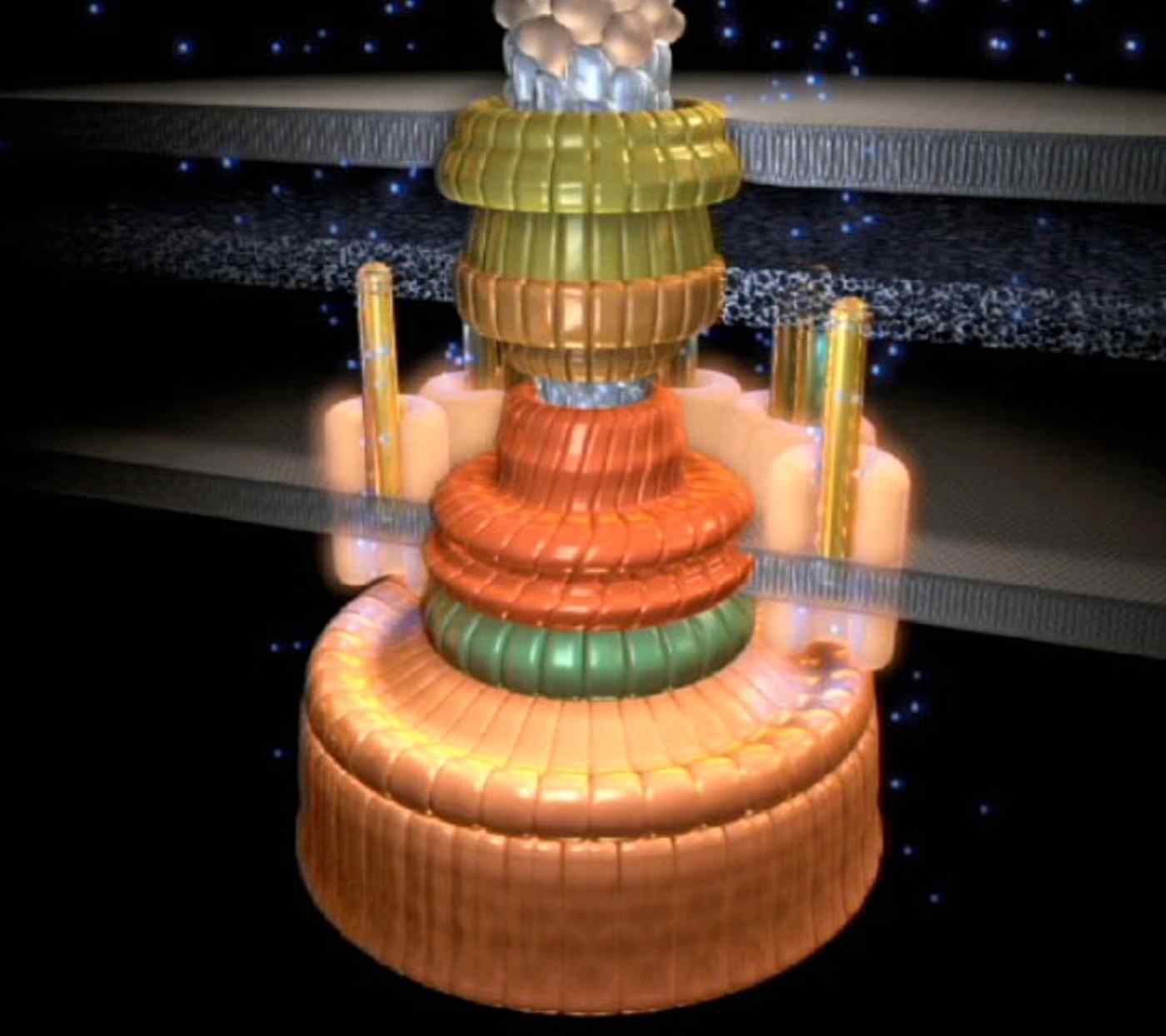 OSAKA -- The flagellum, nature's version of the rotary motor, helps some bacteria and other single-cell organisms get where they are going.

The flagellum, extending like a whip from the main body of the cell, works much like a man-made motor. Its spiral of protein filaments spin around, converting torque into thrust. Scientists already know a lot about the structure of the flagellum, but how nature's motor manages to spin so efficiently, using so little energy, remains a mystery.

A bacterium that is 2-3 microns (ten-thousandths of a centimeter) long has several flagella, each around 0.02 micron diameter and 0.01 micron in length. These spin constantly, creating the thrust used to propel the bacterium in its search for food.

The rotary motor part of the flagellum is around 0.04 micron in diameter and anchored in the cell membrane. Just like a man-made motor, it has components that serve as rotor, stator, drive shaft and bearings, all made from proteins.

The flagellum rotates at 20,000 rpm, rivaling a Formula One race car engine, and it does this while consuming the equivalent of just one ten-quadrillionth of a watt. The proteins that comprise this structure are always vibrating from the surrounding heat, so just the slightest amount of added force sends the flagellum spinning.

You spin me right round, baby

"This structure is basically 100% energy efficient," said Keiichi Namba, a professor at Osaka University who has become an expert on flagella. "It is an extremely exquisite nanomachine."

An influx of hydrogen and sodium ions provides the motive force for this biological motor. The structure is composed of 26 proteins forming a disk, interspersed with 11 ion channels. Each ion that passes into the cell turns the disk one notch, like a toothed gear.

"That much we understand from observations of the rotation of flagella, but the structure of the core-component proteins is still unclear," Namba said. "So the next question we need to answer is whether the system actually operates like we think it does."

It was a surprise for many scientists to learn in 1974 that microorganisms have a mechanism creating rotational motion. U.S. scientist Howard Berg of the University of Colorado reported the discovery of the flagellum motor, which triggered efforts to learn more about its structure using electron microscopy and X-ray imaging.

Professor Namba joined a project to study the flagellum of the salmonella bacteria in 1986 at the Research Development Corp. of Japan, a forerunner of today's Japan Science and Technology Agency.

It took roughly 20 years to develop the methods used to analyze the structure of the flagellum. But with technology now advancing rapidly, tasks that took six years in the 1990s can be completed in three days.

"What we learn from studying flagella is bound to lead to the fabrication of highly efficient motors," Namba predicted.