Larry Summers, the former U.S. treasury secretary, and fellow economist Lant Pritchett have joined an increasingly heated debate on China's growth prospects. They are clearly on the side of the pessimists.

Their work gives no support for simple extrapolations: They argue China's gross domestic product will not continue to grow quickly just because it grew spectacularly for three decades. Moreover, they say that China is likely to "revert to the global mean," which is how economists describe the process of slowing down to the mediocre pace of average global growth (2.2% in 2013, according to the World Bank).

As Pritchett and Summers put it in a paper* for the U.S. National Bureau of Economic Research: "The single most robust and striking fact about cross-national growth rates is regression to the mean. There is very little persistence in country growth rates over time and hence current growth has very little predictive power for future growth. Hence, while it might be the case that China continues for another two decades at 9% per capita growth, given the regression to the mean present in the cross-national data this would be [an] anomaly."

Where does this fit into the ongoing debate on China's growth potential? No one is predicting China will return to the double digit GDP growth it achieved in the three decades leading up to 2008. (Growth was slightly less frenetic in terms of GDP per capita because of the country's expanding population.) China slowed sharply with the onset of the global financial crisis, then boosted growth back to double digits in 2010, but only through an unsustainable fiscal and financial stimulus. When this huge, artificial pump priming ended, growth fell to between 7% and 8%. In underlying terms, China has been growing at 7% to 8% for the past half-decade. The optimistic view is that this will continue.

Simple extrapolation of the kind decried by Pritchett and Summers has its dangers, but it is also a good starting point. For developing countries like China, the key growth narrative is the concept of convergence. If a country starts with little capital and poor technology, it will have low productivity and low living standards. This was China in 1980. If it has the savings capacity to fund capital accumulation and the institutional capacity to implement higher technology, it can set out on the path to catching up, or converging, with the productivity and living standards of mature, advanced economies. Of course convergence takes time. Just how fast a country will travel along the convergence path is an open question. Whether there can be a complete catch-up with the mature economies is uncertain. Convergence is not a pre-ordained actual growth path; it simply describes a potential outcome.

Starting from poverty, there are many opportunities for rapid growth. Shifting surplus rural labor to do something more useful in manufacturing, construction and services is one example. Welding the economy together through road, rail and telecommunications improvements is another. Thus the early part of the journey can be quite rapid, as it was with China. But as progress is made along the convergence path, it becomes harder to grow so quickly. The easy wins -- redirecting surplus rural labor, for example -- become scarcer. Adding 100 tons to steel production amounts to a big percentage increase when production is low, but adding the same amount when production has become much larger translates into a smaller percentage. Some countries get caught in the so-called "middle-income trap," where they cannot put in place the more complex components of a high-income economy. Malaysia has often been identified as a potential victim of this trap.

But so long as levels of capital stock and technology are well behind the mature economies, the potential for substantial convergence remains. This is still the case in China, where common estimates -- really more like guestimates -- put the capital stock per worker at perhaps a 10th of that in the U.S. Of course, much can go wrong on the convergence journey. Most poor countries do not save enough, earn enough foreign exchange, or keep a stable macroeconomic balance to journey quickly along the convergence path. For many countries, funding capital requirements has been the problem. That is not the case for China, with its high savings. For others, the institutional structure is not strong enough -- until recently, many would have put the Philippines in this category. Again, China's record suggests this will not be a constraint.

China might run into a financial crisis, which would stop the convergence process, at least temporarily. Or it might suffer severely from a failure to correct its unsustainable, long-term over-reliance on investment to drive growth, as the author, blogger, and Peking University professor Michael Pettis maintains. Pettis has a bet with The Economist magazine that China's average annual growth this decade will be only 3%. But other fast-growing countries have successfully made the adjustment from investment to consumption in the past (e.g. South Korea, Taiwan and Singapore). China itself has demonstrated a great capacity for adjustment. No doubt some forms of capital accumulation will temporarily run ahead of the capacity for smooth absorption. But if we envisage what China might look like in a decade or two, we would not be too concerned about overcapacity in airports, roads, high-speed trains, hospitals, housing or any of the myriad elements that will be necessary for what will be a truly immense economy.

All these possible diversions on the road of convergence are possible. Some of the challenges are even greater than the rebalancing that worries Pettis. For example, a much greater proportion of economic activity will have to be diverted to addressing environmental problems. To debate these forecasting risks makes sense. What does not make sense, however, is to apply the general tools of econometrics to a series of very diverse global economies (rich and poor; developing and mature; basket cases and standout performers) and from this scrambled mess claim that the only thing you can see is reversion to the mean.

The powerful idea of reversion to the mean can been seen everywhere: in nature (tall people have children who are closer to average height); in finance (growth in aggregate stock prices invariably reverts to a stable trend over time, in spite of sometimes spectacular booms and busts); and in sport (batters in cricket and baseball tend to perform in line with their average scores over time, even though they may make match-winning contributions one day and fail to trouble the scorekeepers the next). Where one observation is an outlier, the next is likely to be closer to the mean rather than another outlier. Even if a coin-toss results in three consecutive "heads," the best guess for the next toss is still 50:50.

But you have to know when to apply the reversion idea. It would make more sense to see it as the basis of convergence. The logical reversion is not to the mean of global growth rates. Instead, economies in the right circumstances behave as asymptotes -- a mathematical concept for a line that approaches a given curve but never meets it. For developing economies, this would imply a process of progressing towards the level of per capita GDP of the mature economies, because that defines the potential maximum output level. Trees do not grow to the sky, but they often grow to their potential.

In any case, Summers and Pritchett have fallen into the error illustrated by the story of the statistician who drowned while walking across a river with an average depth of only 1 meter: Averages hide a huge amount of important data. It is true that Brazil's per capita GDP stagnated for more than two decades. But it is also true that the four so-called Asian Tigers (South Korea, Taiwan, Hong Kong and Singapore) turned in economic performances not all that different from China's, and ended up with per capita living standards that are around the same as those of the mature industrial countries. China's unique quality has been the scale of the achievement.

This scale presents its own problems. As China gets even bigger (and far bigger than the U.S.) it will dominate in all it does. Its industries will dominate markets. Its demand for commodities will dominate supply sources. It is hard to image a world in which China has per capita output equal to the average of the Organization for Economic Cooperation and Development, the club for rich countries,  but even with 5% annual growth (which seems eminently achievable), China will arrive there in 2050. We should be spending our time thinking about what the globe will look like when this happens, rather than dismissing the possibility through misuse of the rule of reversion to the mean. 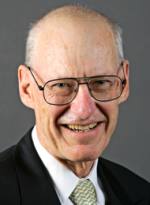 Stephen Grenville, a former deputy governor and board member of the Reserve Bank of Australia, is a visiting fellow at the Lowy Institute for International Policy in Sydney and a consultant on financial issues in East Asia. He is currently visiting professor at the S. Rajaratnam School for International Studies, Singapore.