Green lending -- a new growth model for Asia and beyond

China is no stranger to the perils of rapid economic development.

According to research by the World Bank and the Chinese State Council's Development Research Center, health problems caused by air pollution cost China as much as $300 billion a year, or around 3% of the country's gross domestic product. Water pollution has become a major concern and the amount of solid waste is escalating every year. Meanwhile, rapid urbanization tends to support development, but it also reduces available farmland while a higher concentration of land ownership makes the poor more vulnerable.

Against the background of this dilemma, China, Asia and the world need a new growth model that harnesses the power of the financial markets for a more sustainable development path -- one that is financially attractive at the same time.

China saw the need to find such a new growth model, in which progress no longer comes at the expense of people and the environment. The country's attempt to harness the financial sector as a partner in sustainable development now provides invaluable lessons for other emerging markets seeking to avoid the pitfalls of rapid development.

Drawing on the expertise of the International Finance Corp., a World Bank Group member that focuses on private sector development, China introduced its Green Credit Policy in 2007. It directed local banks away from lending to polluting and energy-intensive businesses and toward lending to companies that proactively manage environmental and social risks as well as opportunities in the green economy.

Banks have to be convinced that this approach is financially attractive, and it is. Rising tension between businesses and local communities, the scarcity of water, and the increased costs and risks associated with environmental challenges represent a higher credit risk for lenders. When environmental and social risks are considered, financial institutions make better investments which ultimately yield higher returns.

Thanks to collaboration between the country's banking and environmental regulators -- the Ministry of Environmental Protection and the Chinese Banking Regulatory Commission -- local banks are able to tap into the ministry's updated watch list on polluting firms. They have also achieved record breaking investments in renewable energy and clean technology in recent years. Other green economy sectors such as waste management and sustainable agriculture are also receiving attention. According to the commission, the outstanding balance of green lending by 21 major Chinese banks grew over 9% in only six months, reaching 5.7 trillion yuan ($919 billion) in June 2014.

China's Industrial Bank, which is listed in Shanghai, has emerged as a leading green bank. It became the first Chinese lender to develop environmental and social policies and processes in line with international standards. Its green finance portfolio has grown to over $40 billion by September 2014, representing 24% of its total corporate lending.

China's example supports growing evidence worldwide that there are win-win situations when banks work with their clients to improve the management of environmental and social aspects of their businesses -- a practice increasingly known as sustainable finance. While still new, sustainable finance is no longer just nice to have. It offers a way to manage risks, increase resilience and grow markets.

IFC has found a positive correlation between the application of its Environmental and Social Performance Standards and economic and financial performance of companies. Commercial banks have come to the same conclusion, and more than 80 financial institutions worldwide are following the IFC's standards voluntarily when assessing project finance and corporate finance transactions.

Using China's example as a starting point, IFC is now advising regulators and commercial banks in other countries, such as Vietnam, Bangladesh, Indonesia, the Philippines and Mongolia, to implement similar policies and guidelines. IFC has facilitated visits by officials from these countries to China to learn first-hand from its green credit policy. It has also helped set up the Sustainable Banking Network, an international platform of regulators and banking associations from 14 countries focused on practical knowledge sharing.

Bangladesh, Indonesia, Vietnam and the Philippines have since moved forward with sustainable finance on their own terms, defining models that work for their local conditions. For instance, the Indonesian Financial Services Authority unveiled in December 2014 a national strategy to promote sustainable finance. It covers banking, the capital market and non-banking sectors, helping them grow in a sustainable manner while contributing to national commitments on climate change mitigation and the shift to a low-carbon economy.

More recently, Mongolian banks signed a joint statement committed to sustainable banking at the end of 2013. Mongolia has been growing rapidly, with potentially dire consequences for the country's pristine natural environment and traditional nomadic culture. Recognizing these risks, the country published a set of sustainable finance principles, as well as sector guidelines for mining, agriculture, construction and manufacturing.

As more institutions from emerging markets adopt sustainable finance practices, they are helping to grow the pool of knowledge that can help build up a "green game plan" for the global financial sector.

In fact, East Asian countries have been leading the charge and are now well placed to show leadership globally. There is much at stake. East Asia's rich natural and social capital -- vital resources for the region and the rest of the world -- could be quickly lost if the right actions aren't taken today. With strategies for sustainability in place, the region could redefine business and economic growth for decades to come. 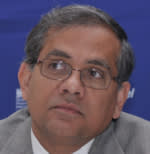