With China's unmistakable climb toward the status of great military power, along with Beijing's unnerving but demonstrated willingness to use that power for purposes of territorial expansion, Japan faces two sets of national security problems. These problems can no longer be brushed aside, as they have been for decades. 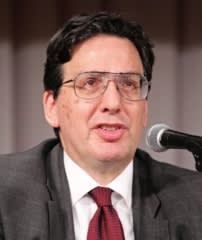 The first set of problems are short-term, precipitated by China's new policy of aggressively pursuing its claim to the Senkaku Islands (which it calls Diaoyudao). Some say the Chinese are motivated by possible energy deposits in the region, but my own view is that they are putting long-term strategy first.

At present China's growing navy has no good access to the Pacific Ocean, except through waters either controlled by or near to Japan. Were China able to seize the Senkaku Islands and base forces there, it would militarily dominate the surrounding area, and sail its fleet easily through the substantial gap that separates southern Okinawa from Miyako Island.

Such a Chinese military ability would threaten if not nullify Japan's control over the island chain that terminates at Yonaguni, about 110km from Taiwan, while threatening Okinawa itself.

China's need for a reliable gateway to the Pacific is the reason that the waters north of Miyako have become a regular focus of Chinese military activity. It is also the reason that Captain James Fannell, a senior U.S. naval intelligence officer, has warned that China is training for a "short, sharp war" with Japan to seize the Senkakus -- and perhaps more.

Such a possibility may seem inconceivable, but Fannell is almost certainly correct. The current Chinese operational approach is one of quick military operations to secure small pieces of territory, as from Vietnam and the Philippines. This approach is dangerous and irresponsible, as it can escalate to major war. It is, however, a fact.

In response Tokyo is doing two things. First, they are modestly increasing their own military forces to the point where it is hoped they will be sufficient to deny China the ability to capture any Japanese territory. This would be done not by fighting a general war with China, but rather by narrowly focused anti-access and area denial tactics. Second, Tokyo is counting on the United States as an ally to provide forces Japan lacks.

As an American, I admire the great intelligence with which the Japanese military response has been designed: It is limited, in no sense provocative and, in the short term at least, has a high probability of success.

I am less confident in the American alliance. As I have argued elsewhere, a close reading of declassified materials from the time when President Richard Nixon began rapprochement with China suggests that, at that time at least, the American administration was considering a future in which Beijing would be Washington's chief interlocutor in Asia, with Japan's position undefined.

Washington has a security treaty with Japan, which it has honored completely so far. Nevertheless, those in the American capital who see China as more important than Japan are growing in influence. In case of real military conflict between China and Japan, I fear that Washington would seek a middle-of-the-road, compromising position. This would mean not wholeheartedly aiding Tokyo but rather pressuring it for a compromise with China. In the case of the Senkakus, perhaps giving them up.

Commentator Patrick J. Buchanan has already taken such a position. America's one-sided condemnation of the Japanese prime minister's visit to the Yasukuni Shrine, unbalanced by any mention of China's inflammatory rhetoric and state-sponsored anti-Japanese demonstrations, is another signal of a potentially wobbly American position.

What conclusion do we draw? It is simple. Even today, Japan must possess, on its own, the military power to defend all of its territory, regardless of what the United States does.

Suppose, however, that the limited tactics described above can secure Japanese territory for now -- and for that matter, that of other Asian countries China threatens. That brings us to the second question, which is how long such an approach can be effective.

The most likely answer is for around 10 years, during which time China will continue its military build-up, eventually reaching a position where it can overwhelm such defenses. As for American military strength during these 10 years, its trend will be steadily downward.

Even today we can manage, at most, one war at a given time. That means that if China moved against Japan or another neighbor at a time when Washington was embroiled, for example, in the Middle East, little or no American aid would be forthcoming, for our military assets would be overwhelmingly deployed elsewhere.

Ideally the 10 years I have postulated before China reaches a position of military superiority should be used to avert conflict. This cannot be done by concessions, which will only encourage Beijing's ambitions. Conceivably negotiations and the signing of trustworthy treaties could accomplish the task. I am, however, skeptical.

In 10 years' time China will possess a massive arsenal of both conventional and nuclear weapons. Since World War II, Japan and other allies in the region have depended upon American power and extended deterrence for their ultimate security. That means relying upon an American promise to use its own nuclear weapons on behalf of someone else at a time when the U.S. is wide-open to nuclear retaliation. My personal view is that this promise will never be kept: No American president would ever fire nuclear weapons except in retaliation for an attack on our homeland.

My view is shared by two of our oldest allies, who know us best, namely Britain and France. Neither trusts the U.S. to defend them in case of nuclear attack, so each maintains its own minimal nuclear deterrent. Britain has three Vanguard-class nuclear submarines, each carrying missiles with thermonuclear warheads. One of these submarines is always under way, undetectable at sea, able to administer a devastating blow to anyone who attacks Britain. France maintains a comparable force. This deterrent renders each of these countries immune to attack.

It must be clearly understood that an anti-missile system, of which Japan's is perhaps the world's most advanced, cannot deliver anything comparable to the security Britain and France guarantee themselves. Defensive systems do not work well enough to stop a nuclear attack. Any system can be "saturated" -- that is, confronted by more targets than can be handled. Furthermore, modifying missiles to defeat defense is far easier than is adjusting defense to meet new threats.

These facts, against the background of a hostile China that is developing major conventional and nuclear capabilities, present Japan with problems it is not accustomed to considering, of considerable political sensitivity, but real and inescapable.

The answer, while difficult, is very clear. China is threatening; U.S. extended deterrence is a myth; missile defense measures alone are not adequate. If Japan wishes to be safe, it must use the years ahead to develop an all-around independent military capacity, including the sort of minimal nuclear deterrent that Britain, France and other countries possess.

Without that, it is conceivable that Japan will face, at some point, a conflict with a larger, nuclear capable aggressor, at a time when it has no countervailing power of its own, nor reliable ally. For Japan, that would be the worst nightmare.

Arthur Waldron, a China specialist, is the Lauder Professor of International Relations at the University of Pennsylvania and an occasional consultant to the U.S. Department of Defense. This column draws on ideas explored in his forthcoming article "China's 'Peaceful Rise' Enters Turbulence" (Orbis, 2014).