The diplomats, military officers, journalists and academics who gathered in Singapore for Asia's premier annual forum on security issues and defense diplomacy on May 30 witnessed an extraordinary display of regional jousting. 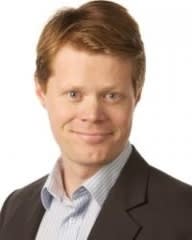 In years to come, perhaps the 2014 Shangri-La Dialogue, as the annual event is known, will be seen as just a temporary spike in tensions between the region's major powers. On the other hand, the gathering could mark the moment when those powers entered a new era of competition and confrontation. While growing antagonism between regional players has been evident for some years, the diplomatic veil was lifted at the Singapore gathering. Subtext became text.

Veterans of the annual summit, convened by the London-based International Institute for Strategic Studies, agreed they had never seen anything like it. Japanese Prime Minister Shinzo Abe opened the conference with a speech that, although it barely mentioned China, was brimming with implied criticism of Beijing's assertiveness in South China Sea territorial disputes. U.S. Defense Secretary Chuck Hagel was more blunt, criticizing China by name for its "destabilizing and unilateral" action and promising that America "would not look the other way when fundamental principles of the international order are being challenged."

The leader of China's delegation, Lt. Gen. Wang Guanzhong, deputy chief of the People's Liberation Army's general staff, hit back hard on June 1, the last day of the conference. With a theatrical flourish, he stopped in the middle of his prepared speech to announce he would depart from his text in order to address directly the remarks made by Abe and Hagel. He accused them of provocation, then singled out Hagel's earlier speech, claiming it was intended to create trouble with its "threats" and "intimidation."

As veteran Asian security commentator Barry Desker, Dean of Singapore's S. Rajaratnam School of International Studies remarked, there was a definite "Cold War tone" to the speeches made by representatives of the key powers.

As alarming as that may be, there is value in having such disagreements exposed, because it elevates a problem that will embroil the entire region. It is increasingly inevitable that such diplomatic (and possibly direct) confrontations will arise. How could it be otherwise? China is a rapidly emerging rising world power which wants a greater say in the regional strategic order. America says it welcomes China's rise, but this really means it welcomes China's economic rise. Amid its so-called "pivot to Asia," Washington would prefer that the region's balance of power, which greatly favors the U.S. and its allies, did not change at all.

Some commentators who favor this status quo say there is an upside to China's recent assertiveness. Beijing's unilateral declaration last year of an Air Defense Identification Zone over the East China Sea, the harassment of Philippine vessels in the South China Sea and China's defiant moving of an oil rig into disputed waters off the coast of Vietnam are driving regional nations into the arms of America and its allies, they say.

True, the U.S. and the Philippines recently upgraded their defense ties, and the Vietnamese delegation to the conference applauded Abe's speech enthusiastically. Yet there is an element of wishful thinking to such analysis. It assumes that tough speeches from officials such as Chuck Hagel, or even the shift of more U.S. military forces into the region, will temper China, even as China's recent behavior directly contradicts such views. It also assumes that the U.S. would intervene in the event of further Chinese provocations in the South China Sea. But why would Washington risk the possibility of a wider war with Beijing over what remain relatively minor territorial disputes? President Barack Obama himself said in his West Point speech in late May that the U.S. would not intervene militarily in disputes that were marginal to U.S. interests. And if the disastrous civil war in Syria falls below Obama's intervention threshold, why would a dispute over an oil rig or some fishing territory rise above it?

China's recent behavior in the South China Sea was matched last weekend by its hectoring at the Singapore conference. It wasn't just the speech by the PLA's Wang which, had it been delivered by a senior Japanese official, would have drawn instant condemnation from Beijing. It was also the aggressive behavior of Chinese delegates from the floor of the conference, with a PLA officer brusquely talking over the chair so that she could continue her critical questioning of Chuck Hagel.

It is true that such behavior is a diplomatic own goal, and that it increases the allure of the U.S. presence in the region. But this should not reassure anyone, because it suggests that China simply doesn't care what the region thinks. The discomfiting reality that Asia must face is that Beijing, the region's superpower, may not be looking for friends or allies, just supplicants.

Sam Roggeveen is a Fellow at the Lowy Institute for International Policy, a Sydney-based think tank, and editor of its daily Web magazine, The Interpreter.