China's 11th Panchen Lama, Tibet's second-highest religious leader, "discovered" and installed by Beijing, recently expressed alarm that Buddhism in Tibet may soon exist in name only because of a shortage of monks -- the implication being that the shortage was due to Chinese policy. Will this unexpected criticism be seen as a "poisoned arrow" by the Chinese Communist Party, like the one for which his predecessor, the 10th Panchen Lama, was punished in the 1960s? And if so, will he, also, face punishment?

In 1962, the 10th Panchen Lama, appointed chairman of the Tibet Autonomous Region by Beijing after the Dalai Lama fled into exile in 1959, submitted a report on the Chinese presence there. The report remained secret until obtained by Robert Barnett, now director of the Modern Tibet Studies Program at Columbia University in New York. In a book published in 1998 by the now-defunct Tibet Information Network, Barnett revealed that Mao Zedong, then chairman of the Chinese Communist Party, condemned the report as a "poisoned arrow shot at the party by reactionary feudal overlords."

The report, which was actually a petition addressed to Mao, was compiled over three years during wide-ranging inspection trips to Xinjiang and other parts of China, as well as Tibet. The timing coincided with China's great famine from 1959 to 1961, in which between 30 million and 50 million people died. The document contended that the disaster was widespread and caused by "serious oppression and exploitation." It has remained confidential inside China, and the Tibet Information Network never revealed how it was acquired.

In his report, the 10th Panchen Lama contended that Buddhist believers were "regarded as counter-revolutionaries, who were suppressed, and attacked," and that people "with religious knowledge will slowly die out." It added that "religious affairs are stagnating, knowledge is not being passed on, and so we see the elimination of Buddhism, which was flourishing in Tibet. This is something which I and more than 90% of Tibetans cannot endure."

The document referred to the Chinese as "those foxes who called themselves lions" and charged that: "Literate people are becoming illiterate ... once a nationality's language, costume, customs, and other important characteristics have disappeared, then the nationality itself has disappeared too, that is to say it has turned into another nationality."

In a blow at Chinese claims that Tibet had always been Chinese, the Panchen Lama asserted: "Most of the people in every stratum strongly perceive themselves as Tibetans, and have only a weak perception of the motherland." Tibet came under Chinese direct control in 1951, but had been independent from about 1912. The region was subordinate to Manchu-ruled China in the early 18th century, but Beijing's rule was "miniscule" by the mid-19th century, according to Melvyn Goldstein, a leading historian of Tibet, in his 1989 History of Modern Tibet.

At the age of 24, the 10th Panchen Lama was imprisoned for 14 years for his heretical report. By the time he died in 1989 he had not withdrawn his attack; he is said to have wrapped a text of his report in yellow silk to show his continuing belief in what he had stated many years before.

Panchen lamas are traditionally discovered and appointed by the dalai lamas of their time. In 1995, the present, 14th Dalai Lama, from his Indian exile and acting on advice from monks in Tibet, recognized Gendun Choekyi Nyima as the 11th Panchen Lama. The boy, his family, and the abbot responsible for informing the Dalai Lama of the incarnation, were quickly detained by the Beijing authorities and have not been seen in public since. When asked, the Chinese authorities have said that the boy is "where he is supposed to be."

With great rapidity, and in a stage-managed, essentially secret, traditional ceremony overseen by senior monks, Gyaltsen (Gyalcain) Norbu was installed by Beijing as the CCP's official 11th Panchen Lama. Gyaltsen Norbu is often referred to as the "Chinese Panchen." Accounts of his occasional visits to Tibet indicated that few Tibetans regard him as the authentic incarnation.

Just in March, however, the Chinese Panchen, now 25 -- only a year older than his predecessor when he shot his "poisoned arrow" -- launched what might be seen as at least a poisoned dart. In a speech to party leaders, published only in Chinese and now made public in English by the International Campaign for Tibet, he reasserted, without specifying China's responsibility, one of the main contentions of his predecessor: that because of the shortage of monks in Tibet there is "a danger of Buddhism existing in name only."

This is a modest description -- referring only to a single region of the seven in Tibet -- of what is indeed a continuing crisis for Tibetan Buddhism. Although aimed primarily at the Dalai Lama, the Chinese drive exhibits an extraordinary degree of control and micromanagement, marked by more strictures on monasteries, and an emphasis on legal education for monks and nuns, forcing them to accept all aspects of Chinese rule, including supervision of religion. Monks at Tibet's three main monasteries -- Sera, Drepung, and Ganden -- have been expelled in their hundreds, leaving behind a small number who care for the buildings and guide tourists. All this probably contributes to the Chinese Panchen's fear that Buddhism may be disappearing, and to his possibly subversive observation that thriving Buddhism is a "source of stability."

The Chinese Panchen's speech, his first known public comment on the condition of Tibetan Buddhism, is less hard-hitting than his predecessor's "poisoned arrow." But Tibetans inside Tibet, many of whom are able to use the Internet and may have access to the Chinese language original or this foreign source, may well be astounded and heartened by his words, as would those abroad.

In 2012 I discussed China's official 11th Panchen Lama with the Dalai Lama. He noted that Beijing's installation of the little boy was a dress rehearsal for his own death, when the Chinese, interfering in an indigenous Tibetan tradition that began in the 15th century, will find and approve a 15th Dalai Lama.

In this regard, the Dalai Lama has often said that there need not be another dalai lama, and that if there is, his incarnation need not be found in Tibet, and could be a little girl.

During our conversation he noted that in 2008, when Tibetan Buddhists were rising up more vigorously than they had for some years, a number of ethnic Chinese people had been killed, in acts that the Dalai Lama condemned. "Of course Beijing wanted the boy to denounce the uprising ... but some of his friends have told me that he remains a Tibetan deep inside, and preferred to remain silent. Beijing couldn't use him," he said.

Now Gyaltsen Norbu has broken his silence. It is hard to believe that the Chinese authorities, even in this period of increasing rigidity, especially in Tibet, will dare to condemn him to the same fate as his predecessor. If they do, once again punishing a senior monk whom Beijing assumed it had tamed, it is certain there will be further disorder in Tibet. Unfortunately, world leaders, who largely avoid even meeting the Dalai Lama, will no doubt look the other way. 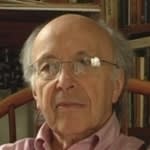 Jonathan Mirsky, a longtime commentator and historian of China, was East Asia editor of The Times (of London) in the 1990s. He has visited Tibet six times, between 1981 and 1988.