The recent political upheaval in Thailand might make some wonder why Japan, through thick and thin, has remained the Southeast Asian country's top source of foreign direct investment. The answer lies partly in the reasons that attracted Japanese industry to Thailand in the first place.

To put Japanese investment in Thailand in perspective: In the three years from 2011 to 2013, Japanese applicants accounted for a staggering 49%, 58% and 54% of all filings with the Thai Board of Investment for approval of investment projects. Of Japan's total outstanding FDI in Asia as of last December, Thailand received the second-most after China.

A survey a few years ago found that the total sales revenue of all Japanese companies in Thailand was about 40% of Thailand's entire nominal gross domestic product. In other member countries of the Association of Southeast Asian Nations, such as Indonesia and Malaysia, the ratio was about 10%. While these numbers are a little dated, they nevertheless illustrate corporate Japan's crucial role in Thailand.

Since 1954, when the Japanese Chamber of Commerce was established in Bangkok with only 30 member companies, there have been more than a few successful coups d'etat, including the latest in May. Nevertheless, Japanese investment continued to increase steadily until relatively recently, when it slowed just slightly.

So what draws Japan to invest in Thailand, even in times of turmoil? There are a number of factors. First, despite the country's uncertain political situation, its bureaucracy is well-organized. Government policy and regulations related to foreign investment are relatively stable.

Second, there has been a reasonably high degree of social and public order since the May 22 military intervention. Maintenance of peace and security is essential for foreign investors.

Third, infrastructure such as electricity -- particularly power supply for plants, roads and industrial estates -- has been well developed and maintained.

Fifth, Thailand has been steadily growing into a big consumer market in its own right.

Sixth, the presence of many Japanese companies, mainly automobile-related businesses, in Thailand has created a fairly comprehensive supply chain -- another critical factor for big manufacturers.

Finally, there is the vital issue of location. Thailand is at the heart of the Greater Mekong Subregion and attractively situated -- both geographically and economically -- among countries such as Cambodia, Myanmar, Laos and Vietnam.

The near past and immediate future

How, then, have Japanese companies responded to the recent military takeover, and what are their expectations for the Thai economy?

In a survey taken in April, shortly before the military stepped in, the Japanese Chamber of Commerce asked member companies about the issues that worried them most. About 40% of respondents highlighted the prolonged street demonstrations in Bangkok, while in a related poll, many raised concerns about the uncertainty of Thai politics.

In the past, surveys had shown Japanese companies harboring greater concerns about Southeast Asian countries other than Thailand. But this time, the percentage of respondents expressing wariness of Thai conditions was significantly higher than in corresponding surveys of Japanese companies in countries such as Malaysia, Singapore and Vietnam -- though not Indonesia, where respondents indicated had higher levels of concern.

In the most recent survey, conducted in late May, Japanese companies continued to register concerns about Thai politics, but the ratio declined. This is partly because the junta -- the National Council for Peace and Order -- made a concerted effort to shore up investor confidence and restore tourism. Although a curfew was imposed temporarily, government services including public transport operated more or less as usual. Critically, public peace and order were quickly restored.

The junta also acted rapidly on pending matters related to the economy and industry. The resumption of large investment projects and smooth execution of the national budget, promised in the near future, will contribute greatly to the recovery of the Thai economy.

The slight slowdown in Japanese direct investment in Thailand is partly attributable to the earlier period of escalating anti-government demonstrations in Bangkok. But there is another reason: Many Japanese companies have already invested in Thailand. The turmoil earlier this year may have simply accelerated a trend toward investing in other countries.

Although Japanese corporate surveys have ranked Indonesia and India lower than Thailand in terms of political stability, it is clear that both countries have attractions that rival Thailand. In Indonesia's case, industrial clusters are developing steadily, especially for automobiles and other transport machinery and equipment. The country's large population and growing middle class are driving auto sales.

However, as a Japanese corporate survey showed in late 2013, Thailand is still regarded as one of the most "promising" countries, even with its political volatility.

After the military intervention in May, Thailand's SET stock index rose by about 9% over the ensuing days. Usually, a coup d'etat could be expected to trigger investors' risk perceptions and turn them cautious. But in Thailand's case, precedents suggest stock prices could hold up; after the 2006 coup, for example, stocks and the baht rose steadily.

It is important, however, to remember that shortly before that coup, Thailand recorded annual economic growth of about 5%. In the first quarter of 2014, GDP contracted 0.6% on an annual basis.

Other economic factors in Thailand are also different this time around -- the balance of household debt, for example. In September 2006, Thailand's ratio of household debt to GDP was about 47%; currently the ratio exceeds 80%. That means it may take time for consumers to start spending again on durable goods and other big-ticket items.

The NCPO has moved quickly to stimulate the economy. Some plans, such as large infrastructure projects, clearly entail high government expenditures that may, in turn, increase government debt levels.

On trade, the current baht exchange rate may be at comfortable levels for the country per se. But the economies of Thailand's main export markets, such as China and other Asian countries, are slowing down. Any dramatic weakening of the baht coupled with an excessive increase in government debt could lead to a worst-case scenario where interest rates not only rise but are driven by investor concerns.

To sum up, Thailand holds many attractions for foreign investors, but there are new and growing challenges for further development and growth.

Overcoming the so-called "middle-income trap" may be among those challenges. Sensible policies for avoiding the risk of economic stagnation in the middle-income sector are therefore essential, including: development and improvement of infrastructure; further deregulation, including in trade and possibly through free trade agreements; and industrial and technological innovation to enhance value-added production.

In order to promote such policies and secure funding sources, fiscal reform is necessary, including changes to the tax code and strengthening of tax collection capabilities. It may be difficult for any government to increase taxes overall -- not least because, in order to strengthen competitiveness in urban centers, corporate tax cuts may be necessary to encourage large companies to invest. The bottom line has to be well-balanced, stable policies.

Concerning regional matters, Thailand's strategic position means it can be expected to play an important role as the supply center for capital goods to the rest of the Greater Mekong Subregion, where local procurement ratios are relatively low. In this context, the NCPO's recent approval of plans to set up four special economic zones near border points -- Mae Sot, Sadao, Klong Luek and Klong Yai -- are to be commended.

As for Japanese companies' involvement, it is clear that they are good, long-term partners committed to Thailand's economic development. That is because, ultimately, many of us in the Japanese community are believers not just in Thailand but also in the resilience and determination of the Thai people. 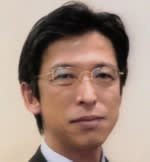 Hiroshi Yakame is the regional head of the Greater Mekong Sub-region, and country head of Thailand, at Sumitomo Mitsui Banking Corp. This article is based on remarks to a seminar on the Thai economy sponsored by Nikkei Asian Review on July 23 at the Institute of Security and International Studies, Chulalongkorn University in Bangkok.