From a narrow, dark tunnel inside mountains in eastern Democratic Republic of Congo come echoes of hammers chiming on rock as gold is hacked from a seam deep underground. Hunched under low roofs and bowed by their heavy sacks, miners clamber out and make their way down a steep, winding track to a river. 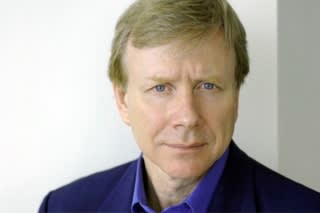 There, soldiers of one of the DRC's many militia extract a tax used mainly to pay for wars that have blighted this part of Africa for decades.

Gold from here is officially categorized by the United Nations as a "conflict mineral." It begins a journey from the very bottom of its supply chain to jewelry stores, bullion vaults and electronics factories around the world. The chances are high that any electronic equipment purchased anywhere contains a conflict mineral such as gold, tin or tantalum.

The U.N. estimates that more than $400 million worth of gold has been smuggled from DRC mines in the past year, yet the miners themselves barely eke out a living. They have no safety equipment, such as gloves, boots or masks to fend off lethal dust in the enclosed tunnel space. Children, rather than going to school, are also working in pitiful conditions.

The story of DRC's conflict gold is mirrored in dozens of areas around the world, from the cotton factories and brick kilns of India to the cocoa plantations of west Africa. In these places, laws are routinely ignored by industries that deliver annual revenue -- mainly for multinational corporations -- measured in the tens of billions of dollars.

The issue is not new. Indeed, it was succinctly captured by the 18th century French writer Voltaire in his novella "Candide". A destitute sugar worker in South America, explaining his appalling injuries and illness to the hero, Candide, says simply: "This is the price we pay for the sugar you eat in Europe."

Now, more than 250 years later, substantive change may be underway, thanks to a confluence of international forces.

First, technological advances have created a global awareness that has led to pressure on corporations -- not only from shareholders and consumers, but also from developing country voices at the bottom of supply chains.

Second, Western democracies and multilateral institutions are increasingly ready to legislate against issues such as child labor, conflict minerals and corruption.

Third, international conglomerates in emerging economies, such as China's Huawei Technologies, India's Tata Group and many large mining and manufacturing groups, are now accountable under American and European rule of law.

And fourth, boardrooms of once Western-centric multinationals are now filled with directors from those economies that better understand supply-chain conditions.

The 2010 Dodd-Frank Act in the U.S., drawn up after the latest financial crisis, contains a section on "conflict minerals." It requires any American company that believes it might be using these minerals to register with the U.S. Securities and Exchange Commission.

Some big U.S. electronics makers, and information technology companies such as Intel and Motorola, have engaged with the process and sent representatives to visit mines. Others continue to fight the legislation through Congress and the courts.

Such initiatives have been strengthened by the U.N., in collaboration with the 34-nation Organization for Economic Cooperation and Development, which has published the first guidelines to directly address human rights issues in supply chains. Known as the U.N. Guiding Principles on Business and Human Rights, companies claiming to adhere to the guidelines have direct responsibility for checking on issues such as child labor, violence and sexual abuse in their supply chains. No longer do those tasks lie solely with local governments and business partners.

"It's a real game changer," explains Tyler Gillard, the OECD's legal adviser. "Any alleged abuses of human rights associated with the production of materials and directly linked to a company's operations, products or services is a serious issue."

Britain followed up on the U.N. Guiding Principles by amending its own Companies Act last October. Under British rules, listed companies must include in their reports any human rights issues that fall within their arc of business. The Netherlands has enacted similar legislation. Individual U.S. states have also written their own laws, such as California's 2010 Transparency in Supply Chains Act, which deals with human trafficking and child labor.

At present, penalties are nonexistent or light. The U.N. Guiding Principles are not mandatory. Dodd-Frank is still being challenged in the courts. California's Supply Chains Act only carries a court injunction on disclosure. But they all threaten public exposure and stigmatization for any household brand name that fails to comply.

Equally important, such changes signal an international acceptance for conditions at the very bottom of supply chains and this is generating a significant shift in regulation and policymaking in both development and trade as well as with multinational corporate culture.

The Nestle conglomerate made a public U-turn in November 2012, declaring that child labor on the cocoa plantations in the Ivory Coast was unacceptable and that the present structure of its supply chains was unsustainable. A decade earlier, the Swiss group had denied any such problems and resolutely continued to buy Ivory Coast cocoa.

Nestle is the world biggest food company in terms of revenue, with a century-plus history. After suffering widespread criticism for decades over its global trading practices, the group is now adopting a policy it calls "shared value."

"It is about the way the company deals with its responsibilities toward society," explained Executive Vice President Jose Lopez. "Shared value is to link the company with its responsibilities over the long-term, which really is sustainability. This means sustainability of our existence in terms of corporate citizenship, our business model and also in terms of how we manage resources."

Echoing Nestle's moves, other groups are recognizing that the shift of responsibility from weak or corrupt governments to multinationals is gathering pace.

In Cambodia, when troops opened fire on garment workers, killing at least four on the outskirts of Phnom Penh in January, some of the biggest brand names sourcing apparel from the country, including Wal-Mart, Adidas and Levi Strauss, publicly criticized the government for the violence and poor labor standards. More tellingly, when the Rana Plaza building in Bangladesh collapsed last April, killing more than 1,120 workers, international sentiment turned against the big-name brands manufacturing there.

In the wealthy state of Gujarat in northern India, children, their arms scratched from spiky bushes, often trafficked in from far away, work 12 hours a day in the cotton fields. These are among the 500,000 children illegally involved in India's cotton trade. Others operate factory machinery, breathing what is described as the "horror of the white cloud" -- poisonous cotton dust that causes permanent lung disease.

Technically, all this will now have to end, because just two steps up the supply chain, from the cotton fields to the factories to the spinning mills, material is processed at companies that deliver orders for multinationals like Marks & Spencer, Tommy Hilfiger and others -- now all bound by the U.N.'s Guiding Principles.

Right across India, some 3 million people work in brick kilns where allegations of rape, violence, unpaid wages and rampant child labor are well documented. Ironically, these very bricks are the base materials enabling the construction of India's booming cities.

In January, an international trade union group Union Solidarity International, with members in the U.S., Europe and much of the developing world, began a "Blood Bricks" campaign, under which lawyers are now attempting to hold companies accountable through the courts.

As more laws are enacted, the spotlight of responsibility will clearly shift from the present system of weak government bolstered by international aid agencies to one of trade, underpinned by legislation from advanced economies, as the forces most capable of creating stable and prosperous societies in the developing world.

Indeed, says Nestle's Lopez: "We have a new reality out there."

Humphrey Hawksley is a BBC correspondent specializing in Asia and supply chain issues; he is author of "Democracy Kills: What's So Good About the Vote" (Macmillan).