The current outbreak of the mosquito-borne Zika virus has commanded headlines in recent weeks, reminding us that poverty and health are deeply entwined, with the poor being the worst affected. On Feb. 18-19, Japan hosts a meeting of health experts from seven leading industrial nations. One topic of discussion will be how we can strengthen joint responses to public health emergencies like Zika and Ebola. Later, the Ise-Shima summit, the very first G-7 summit to be held after the adoption of the Sustainable Development Goals, will focus on promoting basic health services that "leave no one behind" and on implementing the health Sustainable Development Goals, including achieving universal health coverage.

The new sustainable development agenda reminds us of our collective responsibility to uphold the principles of human dignity and equality, and to help the world's most vulnerable, including by protecting them from the ravages of disease. It is owing to this solidarity over the past decade that we have made major strides in accelerating the reduction and elimination of some diseases. In fact, more lives are being improved through our combined efforts than ever before. Whether it be through providing resources or implementing programs, organizations across the world are working tirelessly to prevent and treat diseases and build resilient and sustainable systems for health. But much more needs to be done to sustain these successes and to ensure the world reaches universal health coverage.

Countries can do more to increase financing of health. We are already witnessing some successes in increased domestic investment for health: South Africa allocates an annual $2 billion from its domestic budget toward the national AIDS response. Domestic funding for tuberculosis care and control in 104 countries increased by over 30% from 2006 to 2011. Domestic funding for malaria control increased by over 40% during the same period.

Experts estimate the cost of meeting the Sustainable Development Goal of universal health coverage at $37 billion per year, and that of achieving the end of AIDS by 2030 at $36 billion per year. But it's not just about the money. Following the example set by Japan, governments need to be proactive and steadfast in their commitment to health, especially when it comes to investing in sustainable and resilient systems for health globally. The United Nations Development Program supports countries to strengthen the capacity of countries facing challenging circumstances, helping to make systems for health resilient to shocks such as natural disasters, conflict or emerging public health threats, and fostering human rights and gender equality for longevity, inclusivity and sustainability.

The Zika outbreak and other public health emergencies like Ebola have shown us that neglected tropical diseases can have a significant human and development impact. Neglected tropical diseases have typically received little attention from policymakers, and in general there are few resources and interventions available to address them. Meanwhile they account for around 12% of the global burden of disease. The Asia-Pacific area has the highest burden for several neglected tropical diseases. For instance, dengue is now a worldwide concern, but more than 75% (1.8 billion) of those at risk live in the Asia-Pacific region. In Southeast Asia, 850 million people are at risk of contracting lymphatic filariasis, also known as elephantiasis. This is a painful and disfiguring disease that can lead to temporary or permanent disability. The Asia-Pacific area is home to a third of the world's helminth infections, commonly known as intestinal worms, causing anemia, vitamin A deficiencies, stunting, malnutrition, impaired development and intestinal obstruction.

In light of this, the Japanese government, the Bill & Melinda Gates Foundation and the UNDP have joined forces to support the Global Health Innovative Technology Fund: a public-private partnership aimed at promoting the development of new drugs, diagnostics and vaccines to combat tuberculosis, malaria and neglected tropical diseases. But we know investing in research and development of new health technologies is not enough. Countries need systems and capacities for delivering these. Consequently, Japan is also investing in complementary efforts to build the capacity of countries to expand access and delivery of new health technologies to people in need.

With a current portfolio of 52 funded projects totaling over $53.8 million, the GHIT Fund has already made important strides toward promoting the discovery and development of health technologies for TB, malaria and neglected tropical diseases. As of 2015, GHIT has supported clinical trials in Burkina Faso, Bolivia, Ivory Coast, Peru, Tanzania, Thailand and Uganda. Two more clinical trials will begin this year. The complementary Access and Delivery Partnership is strengthening capacity in four countries to improve access to new health technologies. In Indonesia, the partnership supported the introduction of a new treatment for multidrug-resistant tuberculosis -- a major public health problem that threatens progress made in TB control worldwide. This will help in efforts to meet the treatment gap for over 300,000 patients.

Health and development are intimately interconnected. Universal health coverage is critical to promoting economic growth, eradicating poverty and reducing inequalities and exclusion. A billion people lack access to basic health care, and another 100 million fall into poverty trying to access it. The goals of sustainable development cannot be achieved when there is a high prevalence of debilitating illnesses -- which is why we need to join forces to make sure that universal health coverage and necessary health technologies are indeed accessible for all. 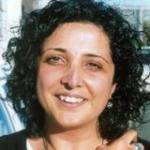 Mandeep Dhaliwal is the director of the HIV, Health and Development Group at the Bureau for Policy and Program Support in the United Nations Development Program.