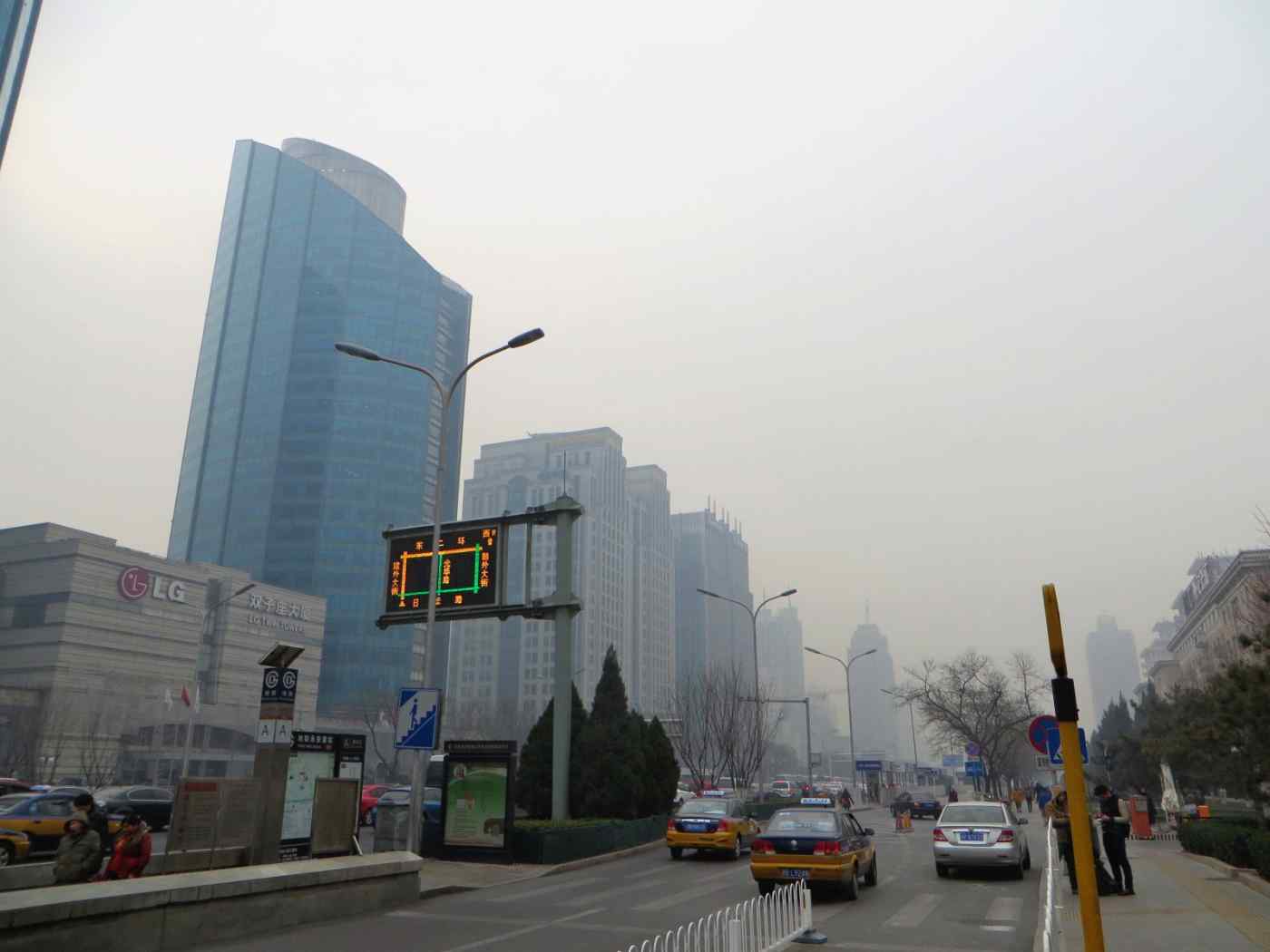 Taking highly polluting industries off state subsidies is just one of many reforms that the Chinese government will need to push for its new green house gas reduction scheme to work.
September 22, 2016 00:30 JST | China
CopyCopied

China is planning to roll out a national greenhouse gas emissions trading market by 2017, creating the world's largest market for carbon. However, for the scheme to be effective a greater focus on the creation of a market economy and a deeper political commitment to the environment will be essential. In particular, the government must wean highly polluting industries off state subsidies.

China's establishment of a carbon market is widely viewed as confirmation that it is moving toward greater use of market-oriented approaches in national policy. The move is welcomed by the carbon trading industry as a much-needed vote of confidence in emissions trading in the face of flagging carbon prices in the European Union, the world's largest carbon market. The international community is also counting on China's pledges under the climate agreement signed by 195 nations in Paris 2015 to help spur the international community to greater efforts to reduce emissions.

To meet these goals, seven regions in China are currently conducting trial emissions trading in preparation for a nationwide cap-and-trade program that is expected to be rolled out in 2017. It is estimated that the national market will cover 3 billion to 4 billion tons of carbon dioxide at its inception -- twice as much as the EU carbon market -- and cover multiple sectors starting with power generation.

Prior to the current pilots, China's power sector had already conducted simulations of cap-and-trade schemes and had experimented on a limited basis with inter-grid power trading. Beijing had also initiated an experimental allowance trading scheme for buildings and the heat supply facility sectors. More recently, in 2006, China's government issued energy savings targets for 1,000 enterprises, which were expanded in 2012 to energy savings and carbon reduction targets for 10,000 enterprises. Although not part of a trading system, the targets were clearly a preparatory step toward emissions trading.

Yet the most informative experience might be China's experiments with sulfur dioxide trading in the late 1990s. Critics of China's sulfur dioxide trading scheme charged that the program lacked a legal basis and alleged that trading was influenced by politics rather than economics. While the new carbon market is unlikely to face any issue of legality, the potential for political interference and weak economics are concerns.

Many of the sulfur dioxide trades were merely intra-company transfers, and the real driver for reductions was plant closures, offers of subsidies to electricity generators installing pollution abatement equipment, and the threat of administrative penalties for those exceeding sulfur dioxide emissions reduction targets. Thus, China achieved sulfur dioxide reductions in accordance with state plans, but the trading program never operated, in reality, and played no role in the outcome.

Toward a national market

China's current regional carbon pilots are diverse in design and sectors covered. While the variations enable Chinese authorities to test different approaches, their diversity leaves many unknowns about the ultimate design of the national market. In an effort to resolve some of the unknowns, the National Development and Reform Commission circulated a draft proposal in September 2015 that clarified its role as market regulator and set maximum caps for sectors and provinces in the emissions trading schemes, which it will adjust periodically.

The market is expected to start in 2017 for all provinces in eight industrial sectors. Initially, most permits are expected to be allocated at no cost, based on some variant of a benchmark rewarding the most efficient emitters, and the NDRC will retain some permits to regulate prices by either releasing or selling into the market to prevent price spikes.

If efficiency benchmarks are adopted, an objective standard would be a potentially powerful tool for the market and the government to differentiate the good from the bad, which could prove to be an effective regulatory tool even if the carbon market itself does not emerge as a credible policy.  Credits created according to NDRC-approved methodologies can be used to offset emissions up to limits yet to be specified, and penalties that are yet to be determined will be levied on those exceeding their allocations.

Despite these clarifications, basic design questions still remain. Most importantly, the allocation levels and methodology, which define the cap, have yet to be fully decided. These are critical issues because they will determine how effective the market is likely to become in motivating reductions, and which sectors and enterprises "win" or "lose" under the policy.

Yet the most important challenges are likely not design issues, but more fundamental questions about how a carbon market will operate within the political and economic system.

For China's carbon markets to succeed, regulators must place a degree of trust in the market to set prices for carbon credits. This will not be easy because it will require regulators to resist the temptation to control pricing decisions over a new and potentially important commodity -- carbon.

Although China has embarked on reforms aimed at strengthening markets, the state still maintains a powerful central planning apparatus that controls the costs of many of the most important basic inputs for state-owned enterprises at artificially low prices, including capital (interest rates on savings and lending), energy (fuels and electricity), water and land, all of which affect the entire economy and environmental incentives. Case in point: China recently relaxed its coal production cap due to rising coal prices.  Will the carbon cap and the resulting price be similarly controlled?

Perhaps more broadly, the question of whether carbon markets will operate effectively hinges to some extent on whether Chinese regulators will allow robust competition to prevail in domestic markets for goods and services. Despite market reforms, state-owned enterprises are protected from full competition by government rules limiting entry and a host of preferential policies, including the provision of subsidies.

If the regulators are unwilling to expose SOEs to full competition in the marketplace, are they likely to expose them to the discipline of carbon markets, or allow these markets to operate independently of their authority?

Even if China's carbon scheme develops into a genuine market, will it provide incentives capable of influencing the carbon-intensive SOEs? The market's effectiveness will depend on the market price for carbon, which depends in turn on the level of the cap, whether credits are allocated freely or auctioned, and how the market itself is regulated.

For SOEs in particular, any market price for carbon will compete with state subsidies. To be fair, subsidies are a problem globally, not just in China. However, the sheer magnitude of China's subsidies could negate the effects of the carbon price. A study of China's 100-plus national-level SOEs estimated that from 2001 to 2009 all of their profits were attributable to subsidies.

Furthermore, some of the largest enterprises that will be expected to reduce their emissions are at the same time receiving significant grants to upgrade equipment or conduct research and development into reducing pollutants.  Depending on how subsidies are used, this assistance could advance pollution reduction goals or undermine the impact of other carbon policies.

In theory, carbon pricing should encourage greenhouse gas reductions. Yet in a highly opaque environment in which subsidies are the norm, it is virtually impossible to know whether the carbon market will operate effectively.

Finally, the overall level of emissions caps and the subsequent lowering of the cap will depend on the political will to force China's heaviest polluters to pay for the privilege to pollute. While the commitment to reducing emissions to meet China's Paris pledges clearly enjoys the support of the country's leadership, whether the political will exists to rein in industry through carbon markets remains an open question. Craig Hart is a lecturer with Johns Hopkins University Energy Policy & Climate program and an associate professor in the School of Environment and Natural Resources at Renmin University of China.