A populist revolt across the West is eroding the liberal world order.

In the United Kingdom, British voters have brought about a revolution by electing to leave the European Union, against the better instincts of two-thirds of members of parliament who supported the Remain camp. In the United States, a minority of Republican voters has chosen Donald Trump as the party's presidential standard-bearer, even though he subscribes to few conservative principles and has never held elected office.

In Turkey, President Recep Tayyip Erdogan, whose government survived the July 15 military coup attempt, has employed an Islamist-tinged populism to purge real and imagined political adversaries and preserve his grip on power, including through the imposition of emergency rule.

In America, Trump is surfing a wave of popular anger against Washington and Wall Street elites who have prospered in the globalized economy even as many citizens have not. In Britain, supporters of Brexit oppose EU membership in order to restore "democracy" in the U.K. by seizing back control from unelected bureaucrats in Brussels.

The fever is also infecting core states in Europe. In France, Marine Le Pen's National Front leads the polls for the presidential contest next year. In Italy, a political party founded by a professional clown now governs the capital and enjoys a growing national base of support that threatens the Italian establishment's hold on power. The far-right Alternative for Germany party has been surging on the back of popular opposition to the government's open-door policy for Middle Eastern refugees. Leaders in the Netherlands and other EU member states are opposed to Brexit-style referendums for fear they might deliver a similar outcome.

Shuddering elites in Brussels and national capitals across the West are right to fear the public mood. They are correct that consequential decisions like Brexit should not be determined by referendums that circumvent parliamentary sovereignty (hence the new term "plebiscide," meaning committing national suicide through plebiscite). As America's founders understood, governing institutions exist to mediate public passions rather than simply channeling them in whatever harmful direction they may lead.

But too many Western elites have failed to come to grips with the dislocations that globalization has caused to citizens who feel less able to compete and thrive in the 21st century world. Politics in the center has failed these angry citizens. They are turning to extreme leaders on the fringes who promise to put their narrow interests first at the expense of governing establishments they condemn as corrupt and incompetent.

It is not unreasonable for voters to be angry. Washington, DC and its suburbs now constitute one of the wealthiest parts of the U.S. because of the private rewards available to those who retire from public service or benefit from government largesse through contract work. Lobbyists parcel the public interest into a myriad of narrow slices of self-interest.

A powerful gun lobby prevents even the most basic reforms, like blocking individuals on terrorist watch lists from purchasing firearms, despite overwhelming public support for sensible restrictions. Trade agreements are judged not by their proven ability to spur overall growth but on the basis of how their benefits are distributed among politically connected interest groups.

Meanwhile, EU integration has seemed to require the barons of Brussels to impose their enlightened vision on the continent with ever less popular consent -- because successive referendums in member states have shown that voters do not vote for the "ever closer union" that animates the EU project.

The technocrats of the European Commission have worthy ambitions: negotiating free-trade agreements with dynamic Asian economies, imposing fiscal sanity on the accounts of free-spending member states like Greece, tearing down national barriers to make the EU the world's largest single market, and liberalizing flows of labor to accompany the free movement of capital, goods, and services.

But the hard fact that Europe overall has barely grown since the global financial crisis demonstrates how theory can work better than practice. Lack of monetary flexibility, for example, has prevented southern European nations in the eurozone from pursuing economic adjustments. Structural youth unemployment in nations like Spain and France dooms the next generation's future, spurring support for anti-establishment populists.

So voters are aggrieved for a reason: their leaders do not seem to be making their daily lives better. It is not so much inequality per se as wage stagnation, lack of opportunity, and an absence of government accountability to everyman concerns that upsets citizens on both sides of the Atlantic. But neither empowering angry strongmen like Trump and Erdogan nor retreating from the world, as some Brexit and American voters want to do, will cure the problem.

How governments can succeed

The antidote to populism in the West is not less democracy but more -- including more responsive governance that reorganizes institutions and policies to protect and empower citizens in the world as it is today. This must start with reforming social safety nets to better support workers dislocated by trade and technology. This includes reforming access to education to enable life-long opportunities for learning and retraining. The goal should be to strengthen skills relevant for today's services and technology-based economy rather than the factory-based one of the 1950s.

Such policies would also require rolling back antiquated bureaucracies to free up public monies for progressive tax cuts, productivity-enhancing infrastructure investments, and savings plans that benefit those at the bottom of the economic pyramid rather than the top.

Governments that enhance the resilience and competitiveness of their citizens will benefit most from global engagement. By contrast, governments that erect protectionist walls, fall back into isolationism, make ethnic-based appeals to narrow nationalisms, and scapegoat foreign enemies will fail to thrive in the hyper-competitive international economy of tomorrow, which offers so many opportunities for growth and national renewal. In that light, Trump's proposed remedies for America's malaise look more relevant to the country's problems in the 1970s than the 2020s.

Nor will leaders who dismantle democratic checks and balances like the judiciary and free media build a durable basis for prosperity in the coming era -- which is why Erdogan's harsh course since the attempted coup looks so risky. In following the model of Russia's President Vladimir Putin he may prolong his rule. But it will come at the expense of the popular accountability and pluralism that have propelled Turkey's transformation into a vibrant, middle-income country. His internal enemies will only grow as he persecutes independent voices within and outside the government.

Two countries in Asia suggest a positive alternative to the malaise of the West. In Japan, Prime Minister Shinzo Abe's political coalition now enjoys a two-thirds majority in parliament. He is now in position to drive the necessary economic reforms of Abenomics, enhance female participation in the workforce through "Womenomics," and establish Japan as a guarantor of international peace by reforming the role of the armed forces.

In India, Prime Minister Narendra Modi's government is making a big push for a nationwide goods and services tax that will open internal barriers to commerce, pursuing an expansive foreign policy to deepen partnerships in Asia and the West, and implementing initiatives to empower the poorest members of society through access to the financial system and welfare transfers that cut out corrupt middlemen.

India and Japan currently enjoy a degree of political stability that stands in contrast to the populist backlash against Western governments, the turmoil enveloping Turkey and the Arab world, and the brittle control exercised by authoritarian regimes in Russia and China. History may judge that reformist democrats with broad political mandates are better placed to move their countries forward in this turbulent age than either insecure strongmen or insulated elites.

Daniel Twining is a director at the German Marshall Fund who previously served in various roles in the U.S. government. 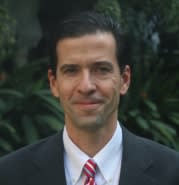