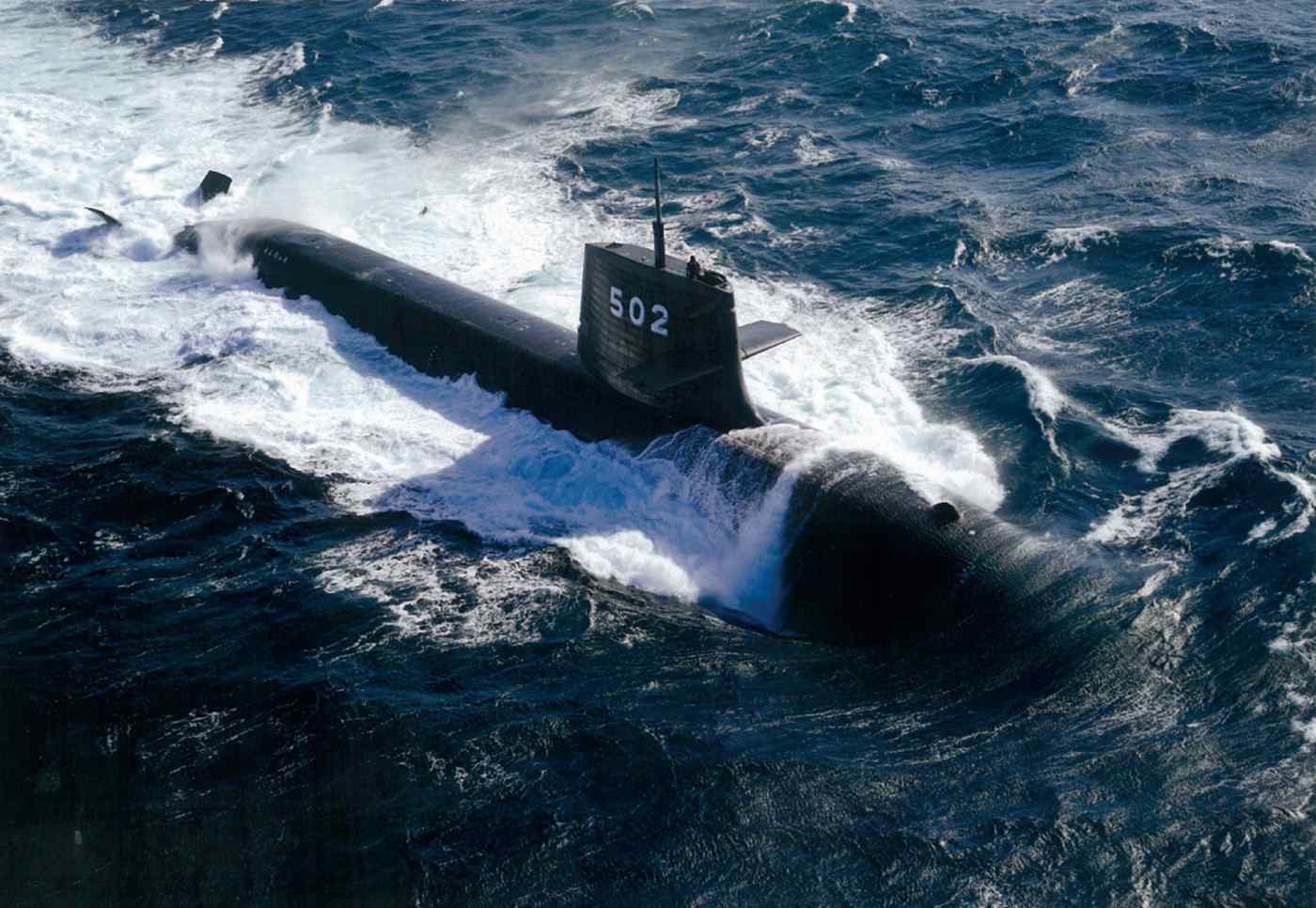 A Japanese Soryu-class submarine. Japan had hoped to win the Australian navy contract with this boat. (Courtesy of Japan's Maritime Self-Defense Force)
May 16, 2016 15:20 JST | China
CopyCopied

The ocean depths of the Pacific are becoming crowded in the latest stage of Asia's arms race, as the region's military powers rapidly increase their submarine fleets and deploy the very latest technology.

The decision comes at an opportune moment; many of the most senior U.S. admirals in the Pacific Fleet are very concerned about the rapid improvement in Chinese subsurface capability and the United States Navy has taken steps in recent years to mitigate it.

The Americans have introduced advanced anti-submarine warfare systems, including integrated computer systems, highly sensitive sensors towed behind ships which can "hear" the acoustic signature of submarines over hundreds of miles, and P-8 Poseidon maritime patrol aircraft, commercial jets with very long range that can listen for submarines across huge expanses of the ocean.

Whether or not these measures will enable the U.S. to retain its edge in undersea combat over China remains to be seen. As a senior U.S. Navy official said: "We know they are out experimenting and looking at operating, and clearly want to be in this world of advanced submarines."

At present, the United States, with its all-nuclear powered submarine fleet, remains the undisputed king of the underwater seas.

Fourteen of its submarines are ballistic missile boats capable of launching long-range nuclear weapons; four are guided missile boats, which can launch long-range conventional Tomahawk cruise missiles; and 53 are attack submarines, which can find and kill other submarines and surface ships. Some 60% of the underwater fleet is routinely deployed in the Pacific, but all of the boats can be moved there via the Panama Canal if needed.

The important question, of course, is not numbers but quality. In the intricate cat-and-mouse game of submarine operations, the technological edge and the skill of the crew are more important than raw numbers.

China, for example, does not have a long tradition of subsurface operations at a high level of competence, but is improving rapidly. Given that its key objective would be finding and killing U.S. aircraft carriers in the event of a dispute over Taiwan, it needs to improve the broad area targeting and reach of its force. Beijing also has its ballistic missile boats as a strategic nuclear deterrent.

Russian military plans up to 2020 include a strong focus on the navy, with plans to purchase eight nuclear submarines. Russia has also started work on designing fifth-generation non-nuclear and nuclear-powered submarines, which are far quieter and can operate at greater depths.

As well as putting an increasing percentage of its defense budget into submarine operations, Russia is also returning them to Cold War deployment patterns. It is sending its boats deeper into the Atlantic Ocean and into the Arctic and is making more aggressive patrols around the Pacific, especially in the north. Moscow's technology is second only to that of the U.S., and its experience is top-notch.

Japan operates a smaller number of diesel-only submarines (14), but given its superb training programs and long history of effective submarine operations, it belongs in the top tier. Japan has considerable indigenous construction capability and can be expected to increase the size of its diesel fleet by at least 50% over the next decade.

Both the Japanese and Australians appear determined to maintain strong diesel submarine forces, and appear unafraid to deploy them at range from home waters.

This benefits the U.S.-led coalition in the region and provides significant opportunities for joint exercises. One key skill for any subsurface force is the ability to find opposing submarines and destroy them, and such operations are typically conducted along with surface ships (destroyers, frigates, and cruisers), short-range helicopters and long-range maritime patrol aircraft.

Anti-submarine warfare is the ultimate team pursuit, and by working together, the subsurface forces of the U.S., Japan, Australia and a fourth key ally, South Korea, will be very strong. This will be particularly true as the new Australian submarines come on line.

For South Korea, with 13 high-tech diesel-powered boats, the obvious challenge is the sheer size of the opposing North Korean submarine force - 86-strong, though many are very small and have a range of less than a couple of hundred miles; their main "payload" is special forces teams and relatively crude torpedoes. Some could be used on suicide missions, loaded with explosives and blown up at the entrance to harbors or alongside high-value tankers. Thus far, Kim Jong Un has used them principally to deliver special forces to the south and to occasionally attack South Korean surface ships with torpedoes.

In the local waters of the Korean peninsula, Pyongyang's boats already present a significant threat to both South Korean and U.S. warships. Ominously, the North Koreans are developing a submarine-launched ballistic missile which could eventually be coupled with a nuclear warhead - a very dangerous potential threat.

The remaining Pacific nations possess a handful of boats that are not operated with particular skill or experience, generally diesels with missile-launching capability: Vietnam has six, Singapore five, Taiwan four, and Indonesia and Malaysia two each.

Over time, both Vietnam and Singapore can be expected to operate reasonably capable diesel submarine forces in the range of 6-12 boats each. Singapore is a reliable and well regarded defense partner for the United States, and it seems likely that Vietnam will become one as well, given its need to maintain independence from an assertive China.

Overall, it seems clear that the accelerating arms race in Asia will mean increasingly powerful submarine fleets; military competition on the surface will be dangerously reflected in the deep waters of the Pacific.

Admiral James Stavridis was the 16th Supreme Allied Commander of NATO (2009-2013) and spent over half his naval career in the Pacific. He is now Dean of the Fletcher School of Law and Diplomacy at Tufts University.