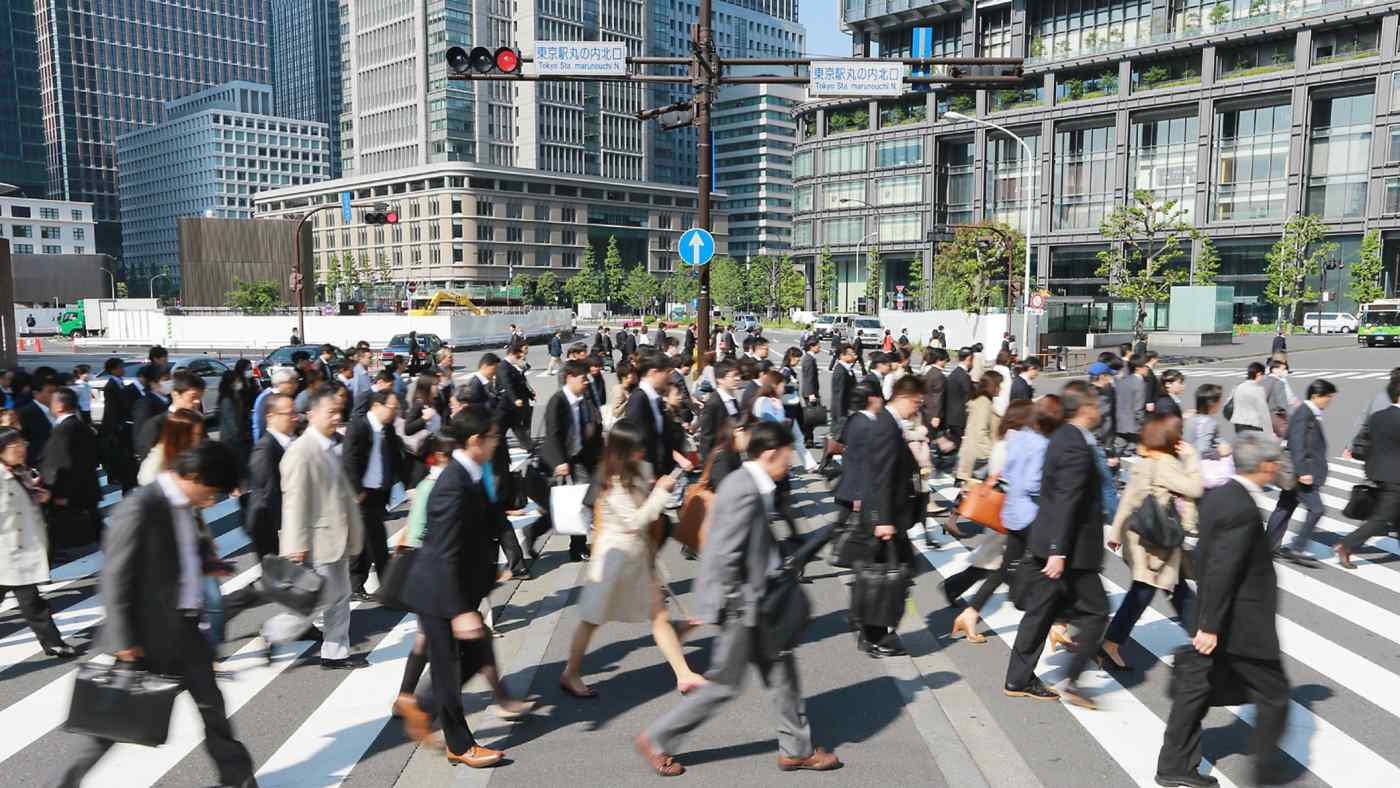 Lifetime employment is increasingly a relic of the past in Japan. (Photo by Hirofumi Yamamoto)
MICHAEL STOTTMay 5, 2016 12:00 JST | Japan
CopyCopied

A few years ago, a Japanese bank sent a confidential fax to a counterparty. But an employee entered the wrong fax number, sending the precious document to an elderly lady instead. She was so indignant about what she regarded as the bank's carelessness that she complained vigorously -- so vigorously that her complaint ended up on the desk of the bank's chief executive.

He promptly decreed that all faxes sent by the bank must be transmitted by two employees: one to send the document and the other to check the number. Years later, because of that one mistake, all faxes in the bank are still sent by two employees following the same procedure.

This story about the fear of errors in Japan and the extraordinary measures taken to avoid them was recounted at a recent seminar in Tokyo on local business culture. It crystallizes some key issues about Japan's distinctive business culture, which so far seems to have resisted most attempts at globalization, despite the risks to competitiveness.

Consider this verdict: "The committee has come to share a strong sense of crisis that unless Japan quickly reforms its economic system and corporate management ... in line with the rapid changes taking place in the domestic and external business environment, the nation's revival within the global economy of the 21st century would indeed be difficult."

That was the conclusion of the (Japanese-led) Investigative Committee on Japan-U.S. Economic Relations, established by the Japan Economic Research Institute. The date of the report? January 2001.

Some 15 years later, the biggest change in the Japanese business environment is a rise in the use of casual labor and a concomitant decline in secure lifetime posts. Some 38% of the labor force now comprises nonregular staff. But the painstaking decision-making processes, the elaborate corporate hierarchies, the extreme fear of failure and the entrenched conservatism have not changed much.

What was striking at the business culture seminar I attended was the sensitivity and affection shown for Japan by the participants. This was not a case of inflexible, newly arrived Anglo-Saxons failing to adapt: The group included executives from countries as diverse as France, Syria, Spain, Thailand and India.

They were delighted to be working in Japan, and showed enormous admiration for Japanese precision, dedication to duty and perfectionism. Yet their concern was palpable. One spoke of how his business colleagues spent more than two years studying every detail of a proposed acquisition, only to find the prize snatched at the last minute by a speedier foreign rival.

Another sighed at how his engineering company was gradually losing its lead to Asian competitors who had taken more risks with technology and were now reaping the rewards.

Underlying much of the concern was a question: Are the precision skills that underpin Japan's array of high-tech companies still relevant in the robot age? If machines are to deliver perfection in the 21st century, then surely humans must become more creative and experimental, more attuned to the Silicon Valley mantra of "fail fast and fail often."

This idea is not new to Japan: Soichiro Honda, the brilliant engineer and founder of the eponymous company, famously said that success was the 1% of your work that came from the 99% that failed.

Yet even after all the warnings, few big Japanese corporate names are taking risks. For that, look to braver entrepreneurial companies such as the telecommunications and technology group SoftBank or the clothing retailer Uniqlo (whose founder Tadashi Yanai did not pull his punches in an article for McKinsey & Company five years ago, describing Japan's biggest problems as "conservatism and cowardice").

So is Japan doomed to inexorable corporate decline? Of course not.

One of the most interesting but least commented upon investment trends has been the steady increase in foreign ownership of Japanese stocks. For each of the past three years this figure has hit a record, with the result that foreigners -- mainly professional and institutional investors -- now own nearly a third of Japanese stocks by value. The equivalent figure for the U.S. is around 20%.

Foreign investors appear to be signaling that corporate Japan is ripe for restructuring, and that it will happen sooner rather than later. They are not the only optimists. One man at our seminar told me as we left that he had proposed to his Japanese girlfriend; he planned to marry in a few months and start a family here.

Michael Stott, an editor at the Financial Times, is on assignment to the Nikkei Asian Review.