Chinese consumers continue to grow relentlessly in number and wealth. This is a well-studied economic trend. But what people are missing is how the behavior of these consumers is regularly starting to shake the world.

Suddenly, when Chinese consumers change their minds about something, it ripples outward into the global economy. This phenomenon is going to get a lot more noticeable as the year progresses.

The big economic trend underlying this phenomenon is the steady advance of China's urban middle class families. This is the group to watch. According to consultancy McKinsey & Co., Chinese urban household disposable income will reach $8,000 a year by 2020. This would be about the same level as South Korea, but represent a much larger population.

Powerful socio-economic forces will continue to fuel this trend, including urbanization, rising educational levels and the postponement of life stages such as marriage and childbirth. After Middle Eastern oil, Chinese urban middle class families are arguably the most valuable natural resource on the planet.

But within this big trend, an important shift is now occurring. Urban families are rapidly transitioning from "value hunters" to more emotional, aspirational and free-spending consumers.

Price-focused consumers have dominated the China story thus far. They typically have little brand loyalty and tend to shop around for the best deals on life's necessities. Chinese companies such as Haier Group and China Vanke have done very well selling these consumers air conditioners and apartments at affordable prices.

The group now emerging, called "new mainstream" consumers by McKinsey, already has life's basics. They have enough disposable income to buy discretionary items such as lattes and trips to Thailand. They care about brands and how products make them feel. So they want Apple iPhones, not cheap alternatives and they are able and willing to pay for them. What is fascinating about this group is that members behave similarly to consumers in developed markets like London and Miami.

Here's the factoid that matters. These "new mainstream" consumers accounted for about 5% of Chinese in 2010, with value seekers then accounting for the overwhelming majority. But according to McKinsey,the new mainstream will represent at least half of urban middle class families by 2020. This is the important transition that is happening right now.

It means Chinese consumers are rapidly becoming much more emotional and unpredictable. Suddenly, when Chinese consumers like a movie, such as "Star Wars: The Force Awakens," they become one of the biggest source of revenue for it.

In 2015 McDonald's, KFC and other U.S. fast-food chains suffered financially after media reports of alleged contaminated food in their Chinese outlets. This incident was really about urban Chinese families caring more about food safety than in the past, with this increased concern directly impacting the financial results of multinationals globally.

Conversely, if Chinese consumers decide that a particular brand is safe or better than its rivals, foreign companies can suddenly be overwhelmed with orders. This recently happened to Swisse Wellness Group, one of Australia's leading vitamin and supplement companies.

During the first half of 2015, Swisse, which had virtually no operations in China, suddenly found its sales there growing very rapidly. It turned out that Chinese consumers had begun ranking its products highly on Tmall, an online shopping mall operated by Alibaba Group Holding. Revenues for the year that ended in June jumped to 313.1 million Australian dollars ($235 million) from A$125.6 million a year earlier. Last September, Biostime International Holdings, a Chinese producer of infant formula and baby care products, took control of Swisse in A$1.39 billion deal.

Another example is the story of the Bobbie Bear, a bright purple teddy bear stuffed with lavender and sold by a farm on the Australian island state of Tasmania. This small lavender farm, a retirement project for owner Robert Ravenus, became inundated with orders after Chinese model and actress Zhang Xinyu posted a photo of her Bobbie Bear online. Orders surged to more than 45,000 and the farm was forced to suspend online sales since it could not handle the demand from China.

The channels through which Chinese consumers can have an impact on companies around the world are multiplying. The Swisse vitamin example was possible because cross-border e-commerce, known as "haitao" in China, now lets consumers there buy overseas goods online and get them delivered. Both Amazon and Tmall are charging after this cross-border opportunity right now.

Another mechanism is real estate. Every six to 12 months, Chinese consumers seem to discover a new favorite place and start buying homes there. This phenomenon started in Hong Kong a few years ago. Buying then switched to Vancouver and Toronto. In the last year, we have seen heavy Chinese purchasing of homes in New York and California.

Tourism also continues to be a powerful cross-border mechanism. The number of trips abroad by Chinese tourists now exceeds 120 million a year and their travels tastes can be unpredictable too. For example, since the 2012 hit movie "Lost in Thailand," Chinese tourists have been flooding into Chiang Mai, the main tourist hub in the area where the movie was filmed. Arrivals to the city were reportedly up 500% in 2013 alone.

So in 2016, two important factors are coming together: the increasingly emotional behavior of Chinese consumers who are growing in power and a multiplication of the mechanisms by which this influence can impact the world. What this means for markets and businesses around the globe is that they can now be directly impacted by what is discussed at dinner tables, in offices and online in China. My recommendation is to start paying attention to those conversations. 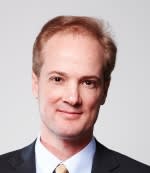 Jeffrey Towson is a professor of investment at Peking University's Guanghua School of Managementand co-author of the book "1 Hour China."