Michael Vatikiotis: Turmoil in the Sulu Sea points to trouble ahead 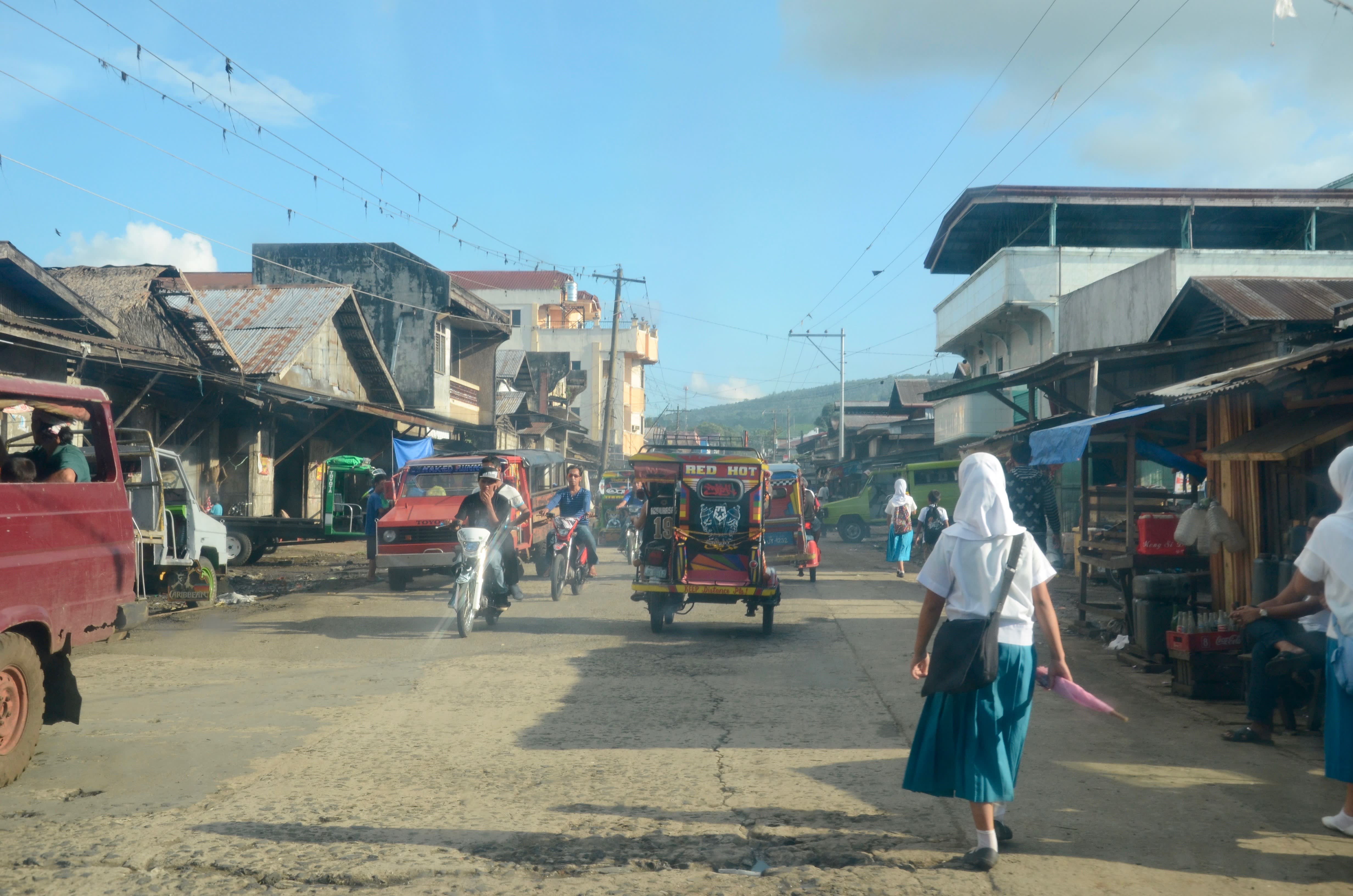 It might look like "business as usual" but downtown Jolo, in the Sulu Island chain, is at the heart of a troubled region. (Photo: Michael Vatikiotis​)
April 18, 2016 13:00 JST | ASEAN
CopyCopied

The grainy screen shot of a group of defiant gunmen holding guns and knives to the throats of Western hostages looks like something out of northern Syria or Iraq, but the backdrop of dense tropical foliage places this grim scene in Southeast Asia. As the U.S. and China limber up for a sparring match in the seas around the Philippines, it is worth highlighting a more immediate flashpoint of conflict nestled among a string of islands within striking distance of Indonesia and Malaysia.

Fierce fighting has erupted over the past month in the Sulu island chain, a region comprising the lush tropical islands of Jolo and Basilan off the main southern Philippine island of Mindanao. The poorly equipped Philippine army is battling two different groups here: on Basilan island the target is a small force of heavily armed fighters who have pledged allegiance to the Islamic State group; on Jolo island there is another group of fighters who have seized foreign hostages and are demanding millions of dollars in ransom.

There are increasing fears that links between these two groups, loosely labeled the Abu Sayyaf group, is carving out an effective haven for Islamic extremists that threatens the security of nearby Indonesia, Malaysia and the wider region; there are also credible reports of the presence of foreign bomb-making experts. The military campaign is not going well. On April 9, 18 Philippine soldiers were killed in an ambush at Tipo Tipo on Basilan. The ambush battle, involving sizable explosive devices, also left more than 20 ASG fighters dead, including a Moroccan thought to be an explosives expert. A statement identified as coming from IS later claimed responsibility for the attack, but the authorities in Manila played down the suggestion, citing the need for more evidence.

On Jolo, the separate group of fighters led by brothers Nickson and Brown Muktadil, from the Alhabsy Misaya faction of the ASG, kidnapped in late March 10 Indonesians who were manning tugboats and a barge carrying minerals from the nearby Indonesian province of Kalimantan. The kidnappers are demanding more than $1 million for their release. Making matters worse, the ASG reportedly kidnapped another four Indonesian sailors on April 15.

With attention in the Philippines focused on the upcoming presidential election on May 9, and with the rest of the world distracted by the alarming increase in tensions between China and the U.S. in the South China Sea, it is easy to miss the significance of the turmoil in the adjacent Sulu Sea.

But the recent events have alarmed Malaysia, which has closed its border in Sabah to trade with Sulu after ASG fighters snatched four Malaysian sailors on April 2. Jakarta has been pushing Manila to allow its army special forces to enter Sulu to rescue the 10 Indonesian sailors held by ASG. Both Malaysia and Indonesia are pushing the Philippines government to establish joint patrols in the area to counter the upsurge in kidnapping.

Meanwhile, another group of ASG fighters holding Western hostages, including two Canadians and a Norwegian, has sent a video threatening to behead them unless a ransom of $6.5 million is paid by April 25. In the past, the hostages have been released when the ransom is paid.

The motivation behind the recent kidnappings reflects the complex historical and contemporary dynamics of the Sulu archipelago.

For centuries the Sulu island chain has been a hotbed of piracy and fierce clan warfare. The native Tausug people are proud of their warrior culture and the saying goes that they prefer to sleep with their guns than their women. Joseph Conrad writing in the 19th century set many of his short stories in the Sulu archipelago and described the Tausug as an "ornamented and barbarous crowd." Piratical raids on neighboring islands or outsiders are considered acts of bravery; the slightest insult to honor provokes a fierce clan conflict that is only settled with blood.

When the Muslims of Mindanao rose up in rebellion against the Philippine government in the mid-1960s, the Tausugs joined the fight and Sulu became a heartland for the Moro National Liberation Front.

Years of negotiation brokered by Indonesia and other Muslim nations led to a peace agreement in 1996 that established an autonomous region. No sooner was it signed then a splinter group backed by Malaysia refused to acknowledge the settlement. Almost two decades later in an agreement brokered by Malaysia, the Moro Islamic Liberation Front and Manila signed a deal in 2014 to establish a new autonomous entity.

Violence has rarely let up in Sulu throughout the long years of negotiation. The insurgency has equipped the Tausugs with heavy weapons in addition to M16s, including M60 heavy machine guns, field mortars and even artillery. The deeply ingrained culture of clan conflict has provided a perpetual reason to fight. The absence of effective civilian government has deprived the region of economic growth and development that could entice young men away from blindly serving their paternalistic commanders.

The absence of civilian law enforcement leaves security in the hands of the Philippine army and marines, who mostly confine themselves to their well-fortified bases. The presence until recently of around 200 U.S. military advisors made a dent on ASG leadership and activity, but clearly has not eradicated the group, which is in reality a hydra-headed array of individual commanders and their dependent fighters.

When election season rolls around every six years, local warlords look for ways to raise money to fund their campaigns and, more importantly, the civilian militia needed to protect them. It is an open secret in Sulu that ransom money from the kidnapping business finds it way into the hands of these warlords. It is a business. It helps win elections.

However it is one thing to extract a ransom payment to fund a political campaign, quite another for young fighters to make video threats to behead their captives in imitation of the slick IS propaganda.

The problem is that the incoming Philippine administration, pressed by the U.S., which is stationing military forces in the Philippines for the first time since the early 1990s, will have its hands full dealing with China over territorial claims in the South China Sea.

Without addressing the security situation in the Sulu Sea, however, the Philippines will face violent instability along its borders with Indonesia and Malaysia, with the prospect of both of them using force to defend themselves. Even then, it may be too late to prevent the movement of violent extremists who have been sheltering and training in the area to commit terrorist acts in the wider region.

Michael Vatikiotis is Asia regional director of the Centre for Humanitarian Dialogue, which has worked on prevention of election-related violence in Sulu since 2010.