Why China's elites worry about the country's future 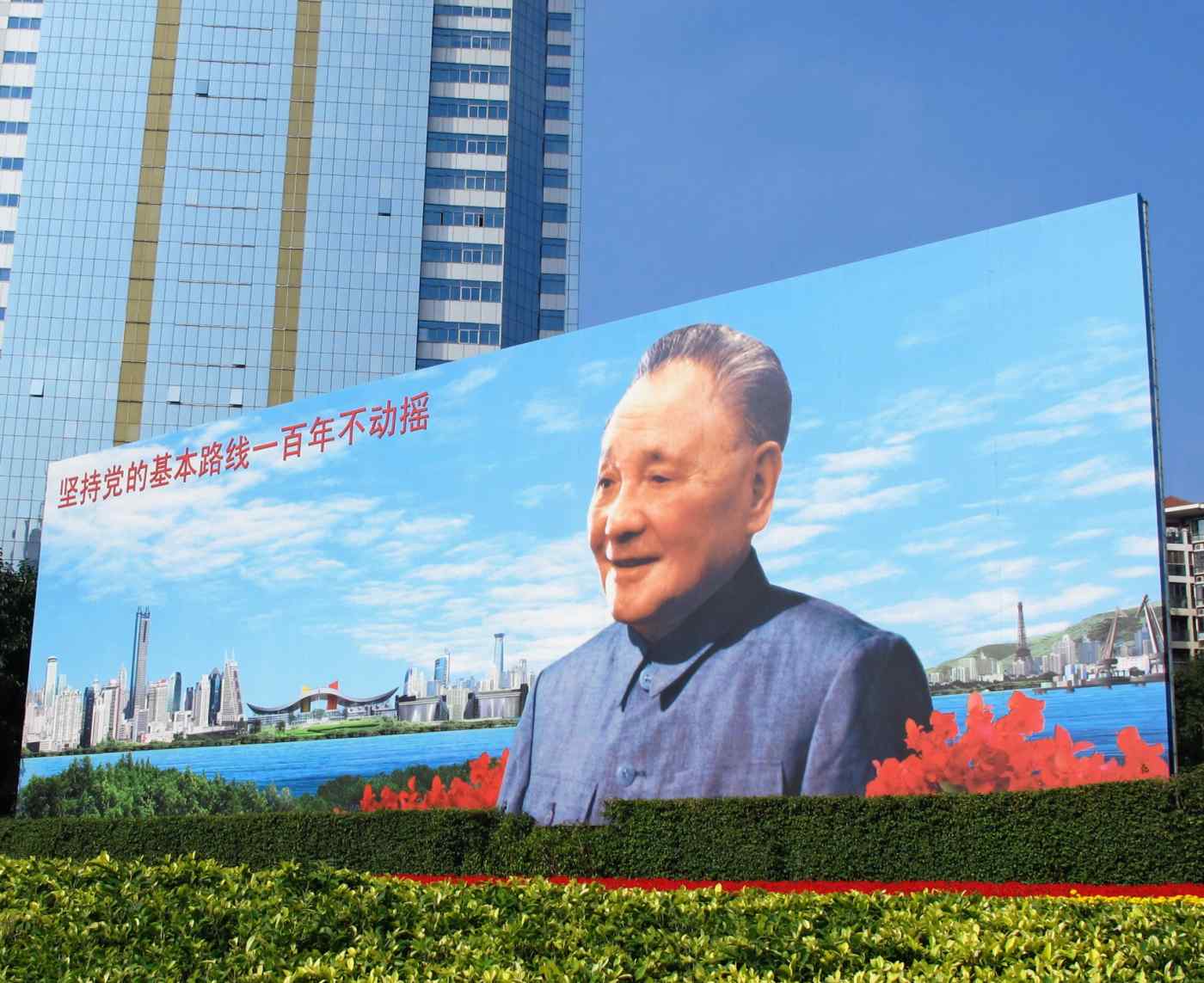 Has China lost its way? This question seems absurd. To most outsiders, China seems healthy enough. Its economy may have lost steam, but it is still growing at a pace that many countries can only envy. Politically, China is stable. The government is led by President Xi Jinping, arguably the most powerful leader in the post-Mao era. For all the signs of corruption and power struggles among the ruling elites, the Chinese Communist Party faces no imminent danger.

By comparison, the world's wealthiest democracies are in deep crisis. The rise of Donald Trump, a narcissistic autocrat, is tearing apart American democracy. In Europe, Brexit, the refugee crisis, and unrelenting terrorist attacks have exposed the inner frailties of the European Union and its most powerful member states.

Yet, if you meet Chinese businessmen, academics or government officials who are willing to share their candid opinions in private, most will tell you they have no idea where China is going. Several recent important developments create the same sense of bewilderment about China's overall direction.

For believers in the wisdom of smart money, the collapse of private investment in China may be the most telling indicator of the uncertainty that has gripped the country's entrepreneurs. In the first half of this year, private investment rose only 2.8% year-on-year, the slowest pace on record.

For seasoned China watchers, another sign of uncertainty among the country's leaders was the very public spat in May over economic policy between Xi and Prime Minister Li Keqiang. It started when an "authority figure," reportedly Xi's chief economic adviser, was interviewed for a long front-page article in the People's Daily, the ruling party's official paper.

This person criticized the pro-growth policy of the State Council, which is led by Li, citing the risks and futility of inflating growth through credit expansion. Warning that China's economic trajectory most likely resembles an "L" shape, the "authority figure" attempted to dispel any notion that the good old days of rapid growth were about to return.

Just as remarkable as the thinly veiled criticisms in the interview was the rebuttal by a proxy widely believed to represent the State Council. About two weeks after publication of the interview, the People's Daily carried an article that lauded the achievements of the State Council's policy of supporting growth. According to the writer, not only is China's current growth healthy but the risks are manageable. The article was immediately and prominently posted on the homepage of the State Council's website. 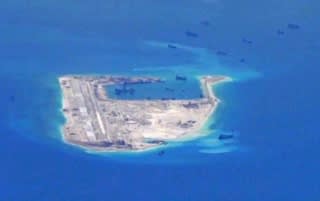 Regrettably, Chinese actions since have shown little restraint, either in rhetoric or conduct. After an international tribunal ruled in early July against Beijing's claims in the South China Sea, Chinese official media went into overdrive denouncing the tribunal as biased (China refused to participate in the proceedings arguing that the tribunal had no jurisdiction over the dispute.) Senior Chinese military officers even began to talk openly about a military conflict in the region, presumably with the U.S.

More worrisome than any bellicose rhetoric, China has since taken actions that appear to violate Xi's pledge of "not militarizing" its artificial islands. New satellite photographs of the disputed waters show that reinforced hangars for fighters and bombers have been constructed on these islands. In addition, the Chinese air force recently sent jet fighters and bombers to patrol the airspace in the disputed areas. At the end of July, Beijing and Moscow announced they would hold a joint naval exercise in the South China Sea. To more clear-headed Chinese elites, these developments raise a disturbing question: Are Chinese leaders fully aware that their actions in the South China Sea are setting China and the U.S. on a collision course?

Beneath these apparently unconnected events and stumbles lie two far more profound causes that make China's business, political, and intellectual elites feel that the country has lost its way.

The first -- and perhaps the most important -- reason is the way that a series of government policies adopted in the last three years have effectively reversed the course set for China by Deng Xiaoping in the post-Mao era.

Basically, there were four pillars supporting Deng's pragmatist strategy of keeping the Communist Party in power and making China rich. In terms of the economy, he relied on decentralization at home and integration with the global trading system as drivers of modernization. In foreign policy, he viewed good relations with the U.S. as a fundamental requirement for Chinese development. In terms of politics, he saw depoliticization and the subtle purging of Mao's ideological influence as conditions for domestic peace. To avoid the bloody purges that marked the Maoist era, Deng set up a system of power sharing at the top and instituted rules to increase the personal security of the party's senior leaders, including his rivals. It is instructive to remember that none of Deng's vanquished rivals were imprisoned.

But an examination of Chinese trends in the last three years would lead one to conclude that there is precious little left of Deng's pragmatist strategy. The economic trend is toward greater centralization at home and less global integration. Beijing is tilting closer toward Moscow in foreign relations while becoming more antagonistic toward Washington. A renewed politicization of Chinese society has begun with the resurrection of long-discarded Maoist symbols and revolution-era sloganeering. Fear has again become a key instrument of political and social control. The party's collective leadership has been replaced by strongman rule, while elite politics increasingly resembles that of a Hobbesian world where life is "nasty, brutish, and short."

If the Dengist pragmatism had been replaced with a more coherent program, Chinese elites might have been far more reassured and less disenchanted. But that is not the case.

And here is the second reason for the uncertainty besetting Chinese elites now about the direction of their country: Beijing's current policies are full of internal contradictions.

When it comes to the economy, the Chinese government has vowed, rhetorically at least, to let market forces play a decisive role. Yet, its actions emphasize the protection and strengthening of state-owned enterprises and the concentration of power in the central government. When the stock market crashed last year, Beijing poured trillions of yuan in an futile attempt to prop up the bubble.

When it comes to domestic politics, Beijing has pledged to improve the legal system and build the rule of law. In reality, the party's propaganda arm has been incessantly attacking the idea of constitutionalism -- the heart and soul of the rule of law. Human rights lawyers and advocates have been arrested, jailed and even paraded on national television "confessing" their alleged crimes in violation of both Chinese legal procedures and the prevailing norms of civilized behavior.

The sight of thousands of corrupt officials being tried for misdeeds may be encouraging, but rooting out corruption requires a freer press and the greater involvement of civil society. Unfortunately, the party has been cracking down on civil liberties and curtailing the freedom of the press with unprecedented zeal and intensity.

Xi has championed a future-oriented vision known as "The China Dream." But you would not know this in reading the official press, which is filled with nostalgia for the Maoist era. The most shocking incident of resurgent Maoism occurred in May when a mysterious but apparently well-connected group staged an extravaganza in the Great Hall of the People in Beijing that featured the most notorious "red songs" celebrating Maoism on the eve of the 50th anniversary of the launch of the Cultural Revolution. Even after the event was roundly condemned by an alarmed Chinese intelligentsia, the government did not denounce or punish the concert organizers.

The most charitable interpretation of these mixed signals and internal contradictions is that the current Chinese government has a clear "messaging" problem. It has failed to communicate its intention and objectives to the nation in general, and the elites in particular.

But there is another more likely -- and worrying -- explanation for elite angst. Given what has happened in the last three years, the elites have concluded that the current leaders, for all their projected confidence and sense of power, do not seem to know what they are doing. Minxin Pei is a professor of government at Claremont McKenna College. His latest book, "China's Crony Capitalism," will be published by Harvard University Press in October.