I got into a shouting match with my 83-year-old father-in-law the other day in Shanghai. He had invested 300,000 yuan ($45,940) in Zhongda, an obscure peer-to-peer lending company based in Zhejiang Province. So far he has not suffered a loss from his adventure but he has refused to pull his money out despite my insistence that he do so.

My father-in-law does not fit the stereotype of an unsophisticated Chinese senior citizen. He was a senior engineer at China Petroleum & Chemical, known as Sinopec, before retiring over two decades ago. Since then, he has played the stock market and the housing market with mixed results.

While the exposure of P2P site Ezubao in January as a Ponzi scheme that had hoodwinked about 900,000 people into investing $7.6 billion for what turned out to be largely imaginary ventures was a shock for many outsiders, for the vast majority of the Chinese public, it was just another familiar episode.

In the past two years, several hundred similar sites have gone bust, voluntarily shut down, or been forced to close by the government, costing small investors enormous sums and great pain. Both the government and social media have done a great job of exposing the dirty tricks of unscrupulous P2P operators.

In other words, most small investors in the P2P sector have invested with their eyes wide open. This is similar to the Chinese public's love-hate relationship with the roller-coaster stock market, where retail investors have lost hundreds of times more than they have on P2P failures. It is no secret that China's stock market in the past quarter century has been ridden with fraud. Yet no amount of regulation can prevent the next mania and consequent crisis.

So is more regulation the answer to China's chaotic P2P sector? Many think so, but while this knee-jerk reaction is natural, such a move would be ill-advised and harmful.

In China, regulation and red tape are often two sides of the same coin. Today, red tape is more systematic than in the 1980s when the "open door" policy of economic reform just got started. It not only hurts economic efficiency, but also undermines fairness, as small businesses cannot afford to navigate the regulatory maze.

In 2008, China created a formal microcredit industry to replace, and to compete with, century-old curb-side lenders and back-alley loan sharks. While large numbers of these traditional lenders quickly embraced the licensing requirements and prudential supervision of the microcredit industry, they regretted it just as quickly as they discovered that formal regulation was just too costly to comply with. The microcredit regulations cover ownership structure, gearing ratios, caps on loan size and interest rates, and monthly reporting.

Indeed, the onerous microcredit regulations helped fuel the rapid rise of the unregulated P2P sector. As a result of the regulatory arbitrage, most of the 11,000 microcredit lenders previously active in China have been mothballed after losing business to P2P lenders.

In China's stock market, the regulator not only vets each listing and fundraising, but also controls timing and pricing. Tedious though well-intentioned regulation like this has not only amplified cycles of boom and bust but also created extra scope for insider trading and corruption.

As has been shown in other industries, regulation begets regulation until you cannot breathe. To avoid falling into that trap, it is important to see regulation as a necessary evil that should be minimized and to allow the market to function freely wherever possible.

In China's P2P lending sector, the almost weekly announcement of closures of weak and fraudulent operators is a fantastic cleansing mechanism. The saga surrounding Ezubao is educational for both the public and the rest of the industry. When scandals get exposed frequently, they serve to prevent pressure from building up into a volcano.

As the rules of the game have been clear from the outset, very few small investors of collapsed P2P lenders have blamed the government for their losses. The Ezubao case is a notable exception as some investors have claimed that they saw the embrace of Ezubao by state media and government officials as an effective endorsement of the platform's legitimacy.

The P2P lending industry provides much-needed finance to underprivileged consumers and small businesses. On the other end, it helps small savers achieve asset diversification and higher returns than available from other outlets. The P2P sector is also putting pressure on the banks to better their game. Slowly but surely, the challenge has started to make an impact.

It is conceivable that tough regulation of P2P lending will lead many operators back to dark street corners and back alleys again. By global standards, China has surprisingly little to no regulation of e-commerce, P2P lending or wealth management. That is a good thing rather than a bad thing.

When an industry is new and fast-changing, no one knows how it will shape up. It is therefore advisable to let it grow unfettered. Once regulation is imposed, vested interests will quickly form to frustrate innovation. Even when it becomes clear that certain rules are harmful, it will be hard to revise them, or do away with them for the larger good of the industry. 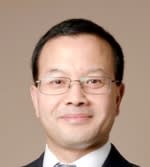 Joe Zhang is chairman of payment services company China Smartpay Group and a director and shareholder of Guangzhou Huadu Wansui Micro Credit. He is the author of "Party Man, Company Man: Is China's State Capitalism Doomed?"